The Inaugural Tunnels to Towers 5K is scheduled for 8 a.m. in Palm Coast’s Central park in Town center. The event is part of the Tunnels to Towers Foundation project, which, according to its website, “is helping America’s heroes by providing mortgage-free homes to Gold Star and fallen first responder families with young children and by building custom-designed smart homes for catastrophically injured veterans and first responders. We are also committed to eradicating veteran homelessness and aiding the victims of major U.S. disasters.”

National Women’s March to preserve the right to an abortion, 4 to 5:30 p.m., gathering at Wadsworth park in Flagler Beach, on the west side of the bridge, organized by the Flagler Beach Democratic club. “Bring a sign or two. Get in the fight for women’s right to their own bodies,” organizers say.

Notably: It was on this day in 1804 that the Lewis and Clark expedition set out from St. Louis to survey the newly acquired territory of Louisiana, bought for pennies from a fumbling Napoleon (and, it should be said, unconstitutionally, but no one was going to object). “The Louisiana Purchase was one of the most important events in world history,” the great historian Bernard DeVoto writes in his introduction to his edition of the journals of Lewis and Clark. “It was an event of such magnitude that, as Henry Adams said, Its results are beyond measurement. Not only did it double the area of the United States, not only did it add to our wealth resources of incalculable value, not only did it provide a potential that was certain to make us a great power, not only did it make equally certain that we would expand beyond the Rockies to the Pacific, and not only did it secure us against foreign victory on any scale conceivable in the nineteenth century – it also provided the centripetal, unifying force that would hold the nation firm against disruptive forces from within. Whether or not the rebellion that became the Civil War was inevitable, the Purchase had made certain that it could not succeed. And there is no aspect of our national life, no part of our social and political structure, and no subsequent event in the main course of our history that it has not affected.”

I was lucky enough to see the manuscript journals in person during a reporting visit at the American Philosophical Society in Philadelphia, where the journals are permanently held: 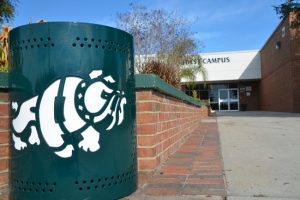 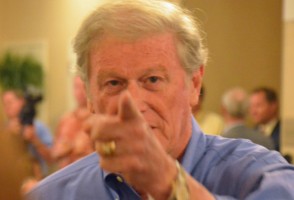 Rained the fore part of the day I determined to go as far as St. Charles a french Village 7 Leags. up the Missourie, and wait at that
place untill Capt. Lewis could finish the business in which he was obliged to attend to at St. Louis and join me by Land from that
place 24 miles

I Set out at 4 Clock P.M, in the presence of many of the neighbouring inhabitents, and proceeded on under a jentle brease up the Missouri to the upper Point of the Ist Island 4 Miles and camped on the Island which is Situated Close on the right (or Starboard) Side, and opposit the mouth of a Small Creek called Cold water, a heavy rain this after-noon

–From the Lewis and Clark journals, Clark’s first entry, reproduced here with his original spelling, from May 14, 1804..