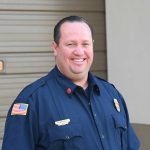 Kyle Berryhill, 42, was named Palm Coast’s next fire chief when Jerry Forte officially retires on Oct. 14, though Berryhill has been gradually taking the reins for months. It is the culmination of a career that started in 2005 with his first job as a firefighter-EMT in Palm Coast, and that’s been defined by a combination of command and humility both as a union leader and a manager. 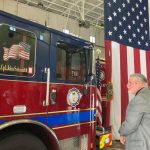 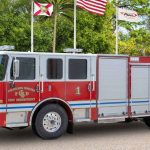 The Flagler County Commission approved spending $1.24 million out of reserves to buy two firetrucks in one fell swoop, thus replacing half of Flagler County Fire Rescue’s four front-line fire trucks when the two new engines are delivered in about 14 months. The proposal is to address an ageing fleet and was approved unanimously after little discussion. 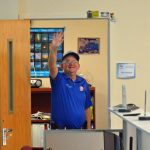 Emergency Management Specialist Bob Pickering received the Distinguished Service Award Thursday at the Governor’s Hurricane Conference in south Florida for being a jack of all trades within his department. 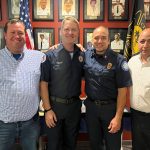 In 1991, Sean Major was working at a Lawn & Landscape with then-Lieutenant Mike Beadle. He was encouraged to check out the fire department as a volunteer. Lieutenant Beadle’s encouragement would lead to a 31 year career of service to the citizens of Palm Coast. 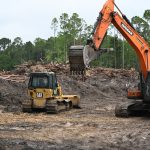 On Monday and Tuesday, the burning of cleared woods on State Road 100 near Wawa, for a future self-storage facility and a shopping mall, produced enough smoke and ash to cause concern on the nearby  campus of Flagler Palm Coast High School as track athletes on Monday trained through the smoke, and on Tuesday had to compete through it as FPC hosted nine schools in the district track and field championships. The conditions produced a poorer image of of Palm Coast to visiting athletes and families than the district wished. 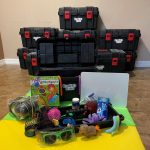 It was the personal experience of dealing with the special needs of his 4-year-old daughter that inspired Flagler County Fire Rescue Lt. Jon Moscowitz to create sensory boxes to comfort special needs patients during medical, which also helps them connect and communicate with paramedics. Every Flagler County emergency vehicle in the county is now equipped with “Brookie Sensory Boxes,” named for his daughter Brooklynn. 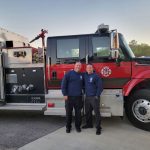 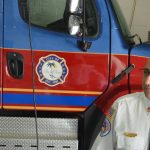 Palm Coast Fire Chief Jerry Forte, a managerial guru to some, a mentor and father figure to many, and the self-effacing, sure-handed leader of the fire and other city departments over the past several years, announced today in an emotional address to the City Council that he would be retiring in October. 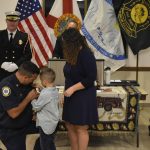 The Palm Coast Fire Department is proud to announce the next wave of promotions for the growth of the organization.