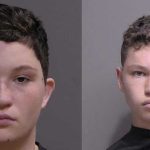 Gabriella Hope Alo, 18, and her brother Nicholas Dean Alo, 21, face several felony charges stemming from an alleged beating of a teen-age boy, running over a 29-year-old woman and leaving the scene at Wickline Park in Flagler Beach last week. 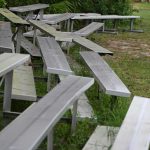 Ronald Schmitt, 56, of Flagler Beach, was stealing bleachers used by children at Wadsworth park when County park employee Ryan Belhumeur confronted him and relayed all the necessary information to law enforcement that led to Schmitt getting apprehended at a scrap yard south of Bunnell two hours later. 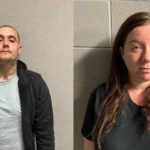 Pairing evidence from a burglary on South Central Avenue in Flagler Beach with the recovery of a stolen truck in the city, Flagler Beach detective Rosanna Vinci’s investigation led to the arrests of Jesann L. Willis, 35, and Rickley Joshua Senning, 32, in Washington., D.C., last week. They were wanted for armed burglaries in several states.

A 34-year-old man was repeatedly given the opportunity by a cop–Flagler Beach Police officer Evan Scherr–to be driven home by a rideshare service, a taxi or a friend, warned that if he were to drive himself home he’d be endangering himself, his young daughter and others, and was arrested. The State Attorney’s Office dropped the charge.

Gunnar Joseph Galambos, 27, is accused of violently assaulting Johnny D’s manager and pulling a gun on two patrons, and was seen striking his girlfriend, who did not want to pursue charges as the other alleged victims are. The Saturday incident drew a large police response including a helicopter and a K-9 unit as cops searched for Galambos, eventually finding him in Palm Coast. 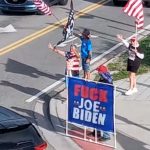 The weekly pro-Trump demonstrations featuring profane language in the heart of Flagler Beach has city commissioners concerned about the city’s image and the administration and police eying surveillance cameras they insist will not target the demonstrators, but be used as a tool in case of criminal activity. Others see a Pandora’s box. 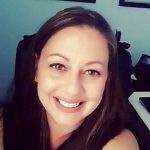 Flagler Beach Police detective Rosanna Vinci, on the job at the city for seven years, is the Florida Police Chiefs Association winner of the Lee McGehee Award for small Law Enforcement agencies statewide. The Flagler Beach City Commission will recognize Vinci at its meeting this evening, at 5:30 p.m., the association will do so next week. 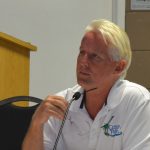 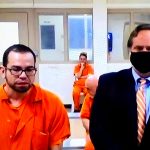 Arrested three times in six months, Daniel Catalan, 41, had threatened an employee he’d just fired, pointed a gun at a minor and battered a family member. He had faced up to 20 years in prison. 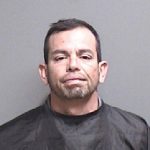 Daniel Fernando Catalan, 41, owner of the Dessert Bar in Flagler Beach, allegedly texted numerous racist threats to kill a former employee months after he’d been arrested on an aggravated battery charge in one incident and a domestic battery charge in another, triggering an “Officer Safety Bulletin” about his behavior.