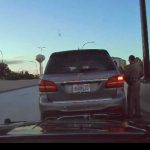 Flagler County Commissioner Joe Mullins was threatened with arrest by troopers as he argued with them and told them, twice, he was an elected official, after being pulled over for going 91.7 mph on I-4 in June, and after initially ignoring the troopers even as one of them clocked him. 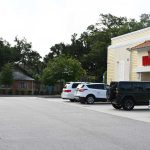 An ominous set of red and black graffiti in bold letters, some of it possibly threatening a former Palm Coast City Manager, appeared on the wall of a property facing the Wawa on Bulldog Drive. The property owner and his son have had a long running feud with the city. 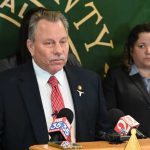 Parents or guardians are rarely prosecuted for leaving guns unsecured or within reach of children, even though under Florida law it’s either a misdemeanor or a third-degree felony. Last week, the State Attorney’s office filed a rare such charge against a Bunnell mother whose 13-year-old son accidentally shot himself with an unsecured firearm. 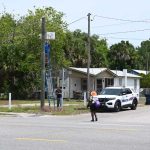 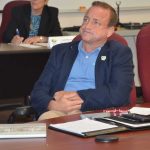 The ticket is not remarkable. What’s more notable about Joe Mullins is his pattern of seeking to get out of penalties, and of reaching out to public officials to do so or invoking their names either to get out of a ticket or in attempts to get out of being adjudicated and getting points on his license, with a promise that he’d never do it again. Then he does it again. 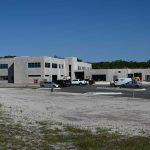 59-year-old Terry Lee Jackson, an unregistered sexual predator, was working for a subcontractor at the construction site of the new Sheriff’s Operations Center. 20-year-old Korarise Daishon Hill was on probation for an attempted murder conviction when he was 15. 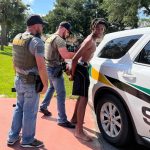 Terrell Sampson is the last of the four men charged in the murders of 16-year-olds Noah Smith and Keymarion Hall earlier this year. The sum total of the investigations as detailed in arrest reports paints a picture of young men involved less in anything like organized gang behavior so much as idiotic, impulsive, juvenile acts of tit-for-tat belligerence and thoughtless retaliation, damning the consequences.

In a major break in two related murder cases, Flagler County Sheriff Rick Staly today announced the arrests of three of four individuals in the shooting deaths earlier this year of Noah Smith and Keymarion Hall, both 16, both in South Bunnell, both in drivebys resulting from a simmering feud between wannabe gangs in Bunnell and Palm Coast. 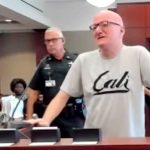 Mark McNeill, 60, was arrested in February for driving severely drunk with 40 Buddy Taylor Middle School students aboard. He appeared before a judge on Monday for a plea deal. He was drunk. The judge sent him back to jail. The plea deal is in doubt.

An alleged car-jacker who’d stolen a work truck in Daytona Beach before dawn was apprehended after a two-hour search in Palm Coast’s P-Section, including the assistance of an emergency helicopter.