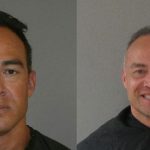 Jeffrey Rocco Paffumi, the former Buddy Taylor Middle School teacher who physically threw a student out of class in January, had a long and documented history of violent behavior in and out of the district, including two arrests and at least five previous instances of violent behavior toward students or adults, men and women–in 2007, 2010, 2012 and 2014. Yet he was allowed to keep teaching. 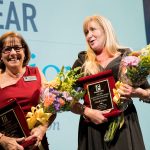 Michelle Coolican and Lynn Mellow were named the 2020 Teacher and Support Employee of the Year for Flagler Schools at the district’s annual gala celebration at Flagler Auditorium Thursday evening. 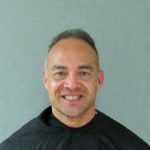 Jeffrey Allen Paffumi, a teacher at Buddy Taylor Middle School, was arrested after physically throwing a 14-year-old student out of his classroom after the student would not turn down his music and called him a name. 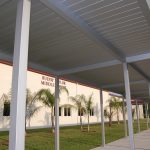 The drought ends seven straight years of Bs, after a four-year streak of As before that. Twenty-four of Florida’s 67 districts are A-rated, 54 are either A or B rated.

Imagine School at Town center had a particularly strong showing in English and math, as did Old Kings Elementary. Buddy Taylor middle school had concerning numbers in math’s Florida Standards Assessments but stronger numbers in geometry and algebra.

Teacher and service employee unions organized the walk-ins at the schools to pressure lawmakers to improve per-student allocations and lessen the favored financial and other terms granted charter and voucher programs.

The Flagler County school district showcased its 21 flagship programs at 10 schools, each designed to give students means to experience careers first-hand while completing academic requirements.

James G. Cooke III, the 17-year-old Flagler Palm Coast High School student charged on Thursday night with a felony for allegedly making a video SnapChat threat of shooting up an unspecified school, was twice before charged with raping children, according to arrest records.

A knife incident involving a 12-year-old student at Buddy Taylor Middle School broke a nearly seven-week lull in school-safety incidents Wednesday morning. No one was hurt.