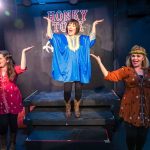 In a bit of a departure for Palm Coast’s City Repertory Theatre, this musical features three women with Southern roots, who are variously bored or frustrated or antsy about their lives, and who decide to pursue their country music dreams in Nashville, and they meet and take up singing at a bar appropriately named Honky Tonk Heaven. 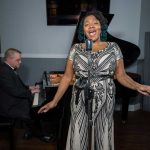 City Repertory Theatre, a Palm Coast community theater troupe, will present “A Holiday Treat: A Special Night of Story and Song” as a fundraiser for the Flagler County Cultural Council, which in October was designated the county’s official local arts agency. 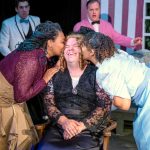 “Charley’s Aunt,” a favorite farce for over a century, the play is laugh-out-loud fun from start to finish. Written by the Liverpool-born British playwright and actor Brandon Thomas, the play premiered in England in 1892, broke the then-current record for longest-running play worldwide, landed on Broadway in 1893 and later toured internationally. It has been revived ever since, as well as adapted for films and musicals. 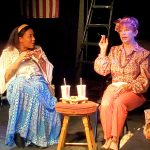 “Assassins,” the 1990 play with music and lyrics by Stephen Sondheim and book by John Weidman, weaves the true-life histories of nine presidential assassins and would-be assassins into a bizarro musical fantasy. The characters include John Wilkes Booth, Lee Harvey Oswald, the shooters of Ronald Reagan and Ford, and other rogues. 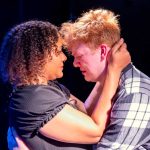 The play, running Thursday through Sunday at Palm Coast’s City Repertory Theatre, is a 2012 comedy-drama by British playwright Nick Payne about the romantic ups and downs of a beekeeper and a theoretical physicist. The couple in “Constellations” take a trip down the rabbit hole of the multiverse, that freaky theory that posits there are an infinite number of parallel universes which exist simultaneously, and may be quite similar to or radically different from the one you and I inhabit. 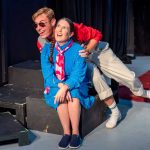 “Schoolhouse Rock Live!” will be presented by City Repertory Theatre at 7 p.m. Wednesday June 22 and Thursday June 23 at Flagler Auditorium in Palm Coast. Proceeds will benefit both City Rep and the nonprofit auditorium. The play tells the story of the teacher Jan, who is nervous as her first day of school teaching is approaching. But her nerves are calmed when she turns on “Schoolhouse Rock!” and the characters come to life to help her prepare her lessons. 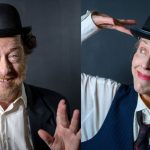 Beckett’s 1953 play – which is often and rightfully tagged as part of the “Theater of the Absurd” movement – depicts two men, Vladimir and Estragon, who engage in conversation as they wait for a mysterious figure named Godot who (or that) never shows up. Detractors (and there have been fewer and fewer of them as the decades have progressed) howl “There’s no plot!” Admirers howl “There’s no plot!” 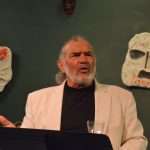 The popular Chez Jacqueline Boutique is staging one of its celebrated fashion shows on April 7, this time as a $25-a-ticket fund-raiser for City Repertory Theatre, Palm Coast and Flagler County’s cutting edge theater company. 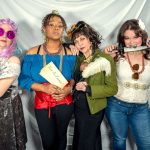 “The Revolutionists” features four women of revolutionary France, three of them famous in their own right, all of them feminists before their time, as they navigate the chaos, intrigue, treachery and murderous violence of France’s Reign of Terror in 1793 Paris. 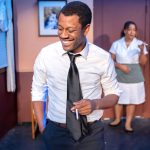