Today at the Editor’s glance: It is unfortunately Andrew Johnson’s 213th birth anniversary. Frederick Douglass remembered him thus, on March 4, 1865, just before Johnson and Lincoln were to be sworn in as vice president and president: “There are moments in the lives of most men, when the doors of their souls are open, and unconsciously to themselves, their true characters may be read by the observant eye. It was at such an instant when I caught a glimpse of the real nature of this man, which all subsequent developments proved true. I was standing in the crowd by the side of Mrs. Thomas J. Dorsey, when Mr. Lincoln touched Mr. Johnson and pointed me out to him. The first expression which came to his face, and which I think was the true index of his heart, was one of bitter contempt and aversion. Seeing that I had observed him, he tried to assume a more friendly appearance, but it was too late; it is useless to close the door when all within had been seen. His first glance was the frown of the man; the second was the bland and sickly smile of the demagogue. I turned to Mrs. Dorsey and said, ‘Whatever Andrew Johnson may be, he is no friend of our race.'” Sounds familiar? 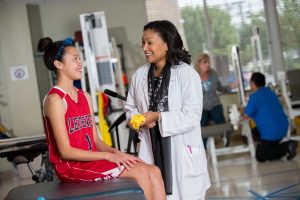 “I want to watch her rub my clothes on the stones,” he responds. I look down at him for a long moment, wondering if I should tip the tea out into his lap so he doesn’t get too turned on by my gesture of servitude, and he shrugs. “I like domestic stuff,” he tells me, his voice falling to a sudden romance-novel huskiness. So fuck a butler. Men, it bears repeating, are so weird. This is so far outside my area of sexual expertise it’s not even funny. Tell me you want to role-play a butlerfuck while pretending to serve your penis on a big silver tray and I will nod with understanding, and perhaps even offer to film it. But you want a woman to wash your clothes in a river? What are you, some kind of pervert?”