“From everything I read I learned that you had to have courage, that courage was perhaps the supreme attribute, that you have to be honest and sincere in all your dealings and that you must never let others down. In addition, that you must never give in, never give up, because if you have been resolute, upright, brave, and honest, however lonely it has made you and however alone you stand, in the end you are rewarded. I thought a lot about that, it was one of the thoughts I embraced when I was alone, that one day I would be back here and be someone. That I would be someone big whom everyone in Tybakken would be forced, whether they liked it or not, to admire.” 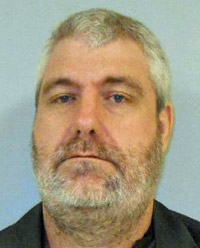 In Court: In the sixth day of trial, the defense is expected to conclude its case starting at 9 a.m. in the ongoing case of convicted murderer David Snelgrove. The prosecution may then put on rebuttal witnesses. The Supreme Court ordered a new sentencing phase for Snelgrove, who was on death row. He was sentenced to death for the murders of Glyn Fowler, 84, and his wife, Vivian, 79, on Bannbury Lane in Palm Coast in late June 2000. The sentencing phase began with jury selection Monday and Tuesday. A jury of six men and six women was seated Tuesday afternoon. The prosecution put on its case on Wednesday and Thursday. The defense began to present its case Thursday afternoon. The trial takes place before Circuit Judge Kathryn Weston, in Courtroom 301 at the Flagler County Courthouse. The background:

The Flagler County Commission meets at 9 a.m. at the Government Services Building, 1769 E Moody Blvd., Bunnell. The commission will consider changing the eligibility for tourism capital grants, broadening those eligible to apply (from

only local governments to local governments and non-profits), while eliminating the limit of two grants per five-year period for any one organization, or the $150,000 limit on grants. The change, though significant, is on the commission’s consent agenda, which may be approved without discussion unless a commissioner or a member of the public requests that the item be pulled for discussion. The council will also consider approving $56,000 in discretionary tourism grants. It will consider approving an agreement with Palm Coast on the use of the county’s public safety communications network–what had previously been a point of contention between the county and the city, but has more recently become more of a routine item. See the agendas and background materials for meetings here, and watch or listen to meetings here.

The Flagler County Commission meets in workshop at 1 p.m. at the Government Services Building, 1769 East Moody Boulevard, Bunnell to talk about budget guidelines and the commission’s mission statement.

. Johns River Water Management District Board meets at the district’s headquarters, 4049 Reid Street, Palatka, at 10 a.m. While the St. Johns District’s governing board meetings are routinely held on Tuesdays, the board moved its January meeting date to Monday to accommodate interest in the start of the 2020 Florida legislative session in Tallahassee, which begins Jan. 14.

Lawmakers debate short-term rentals: The Senate Innovation, Industry, and Technology Committee takes up Senate Bill 1128, which define vacation rentals as residential in nature and largely pre-empts local governments from regulating the industry. The issue is of special concern to Flagler County government, which since 2014 has regulated short-term rentals on the barrier island thanks to a state law that restored local authority. The proposed law would scale back that authority. See the committee’s website and link to meeting video here.

The Flagler County Land Acquisition Committee meeting is cancelled. The committee was to meet at 3:30 p.m. at the Government Services Building, First Floor Conference Room, 1769 E Moody Blvd., Bldg 2, Bunnell. The committee is an advisory board to the county commission on the acquisition and management of environmentally sensitive lands, recreation, and water recharge areas. The committee is scheduled to meet once a month, but seldom does.

The Flagler County Library Board of Trustees meets at 4:30 p.m. in the Doug Cisney Room at the main library, 2500 Palm Coast Parkway. See minutes and agendas here.

ATHLETE PAY DISCUSSED: The House Commerce Committee, Education Committee and Judiciary Committee will hold a joint workshop to discuss the possibility of allowing Florida college athletes to be paid for use of their names, images and likenesses. Florida lawmakers are considering the issue after California passed a plan that would allow college athletes to be compensated. (Monday, 11:30 a.m., 212 Knott Building, the Capitol.)

TEACHER PAY ON TABLE: The Senate Education Commission will consider a bill (SB 1088), filed by Chairman Manny Diaz Jr., R-Hialeah, aimed at increasing teacher pay, a top priority for Gov. Ron DeSantis. Under the bill, school districts would be able to use money from a “teacher salary enhancement allocation” to boost teacher pay. The allocation would be included in the fiscal 2020-2021 state budget. “A school district that meets the teacher salary enhancement requirements specific in the General Appropriations Act (the budget) may use any additional funds provided in the allocation for any district operating expenditure,” the bill says. Under DeSantis’ $602 million teacher-pay plan, school districts would be required to pay teachers a minimum salary of $47,500. (Monday, 1 p.m., 412 Knott Building, the Capitol.)

SMOKING IN PARKS TARGETED: The Senate Community Affairs Committee will take up a proposal (SB 630), filed by Sen. Debbie Mayfield, R-Rockledge, that would allow cities and counties to regulate smoking in public parks they own. (Monday, 3:30 p.m., 301 Senate Office Building, the Capitol.)

CLIMATE CHANGE DISCUSSED: The Senate Education and Natural Resources Committee will consider a bill (SB 7016) that would create a Statewide Office of Resiliency in Gov. Ron DeSantis’ office as part of efforts to address the impacts of climate change. Also, the bill would create a Statewide Sea-Level Rise Task Force. (Monday, 3:30 p.m., 37 Senate Office Building, the Capitol.)

The End of the Album Era? “According to Nielsen’s latest year-end music report, album sales (both physical and digital) in the United States dropped to 113 million units in 2019, down from 501 million in 2007. At the same time, overall music consumption is rising, which means that people aren’t listening to music any less than they used to, they just listen differently. Mega hits such as Lil Nas X’s “Old Town Road” are streamed billions of times, as they are featured prominently in curated and personal playlists.” 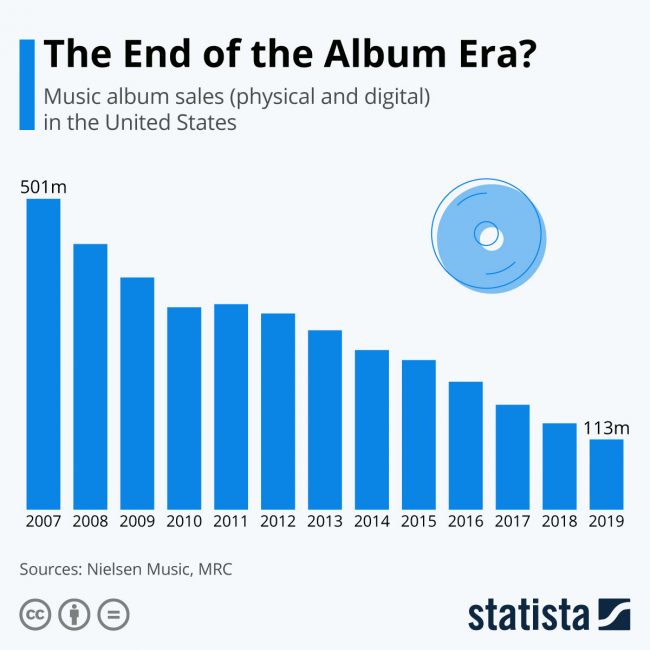