“Washington’s mistakes were always proclaimed with the sort of finality that made one feel any criticism was to deface a tablet newly brought down from Sinai.”

Today is Presidents’ Day: Flagler County schools are closed, but most government offices and courts are open.

In Court: Tonda Royal, 53, who is accused of unlawful sex with a 16-year-old girl in Bunnell in 2018, and also accused of assaulting an inmate at the county jail, is scheduled to go on trial before Circuit Judge Terence Perkins at 8:30 a.m. in Courtroom 401 at the Flagler County courthouse, with jury selection.

Teen Spot Dedication at Flagler County Public Library: Expansion construction is complete and the Flagler County Commission along with the Teen Advisory Board at the Flagler County Public Library will dedicate a new space for teens at 2 p.m. Flagler County teens will now have more room and technology to enjoy the library with a recently completed Teen Spot that triples a room set aside for teens. The Friends of the Library provided $36,000 to expand the Teen Spot, from 250 square feet to 800 square feet. Flagler County’s General Services Department did the construction. Teens will be able to connect their laptops to two TV screens in the room and enjoy a large 75 inch TV behind a glass enclosed structure on the west side of the library. The space also has work tables for the teens to do homework or just sit and read this summer. Twelve teens serve on the library’s Teen Advisory Board and planned the dedication. Light refreshments will be served.

The Flagler County Commission meets at 5 p.m. at the Government Services Building, 1769 E Moody Blvd., Bunnell. Commissioners will consider approving an agreement with the county’s cities to contribute $6,000 each (Palm Coast, Bunnell, Flagler Beach and the county) for a total of $24,000, providing for a cold-weather homeless shelter at Church on the Rock in Bunnell, thus moving the Sheltering Tree’s long-running operation from the Methodist church in Bunnell to Church on the Rock. The county would bus in homeless individuals on cold nights. Commissioners will consider approving a 15-acre, $250,000 land buy for the Flagler County airport. See the agendas and background materials for meetings here, and watch or listen to meetings here.

PARENTAL RIGHTS AT ISSUE: The Senate Education Committee will consider a proposal (SB 1634), filed by Sen. Kelli Stargel, D-Lakeland, that would create a “Parents’ Bill of Rights,” which would seek to provide more control to parents over issues such as their children’s education and health care. (Monday, 1:30 p.m., 412 Knott Building, the Capitol.)

EXEMPTION SOUGHT FOR PRESIDENTIAL SEARCHES: The Senate Governmental Oversight and Accountability Committee will take up a bill (SB 774), filed by Sen. Manny Diaz Jr., R-Hialeah, that would create a public-records and public-meetings exemption for information related to presidential searches at state universities and colleges. The proposal would prevent the release of information about applicants during presidential searches, but identifying information about finalists would be made public. (Monday, 1:30 p.m., 301 Senate Office Building, the Capitol.)

ATHLETE COMPENSATION ON TABLE: The Senate Innovation, Industry and Technology Committee will consider a bill (SB 646), filed by Sen. Debbie Mayfield, R-Rockledge, that would allow Florida college athletes to market themselves off the field and get paid for the use of their names, images and likenesses. (Monday, 1:30 p.m., 110 Senate Office Building, the Capitol.)

LAND CHANGES EYED: The Senate Environment and Natural Resources Committee will consider a bill (SB 1284), filed by Sen. Manny Diaz Jr., R-Hialeah, that would establish a partnership between the state Department of Environmental Protection and Florida International University to study issues such as land subsidence and sinkholes and their effects on sea-level rise. Also involved would be Florida State University, the University of Florida, the University of North Florida and the University of South Florida. (Monday, 4 p.m., 37 Senate Office Building, the Capitol.)

GROUPS TARGET PARENTAL RIGHTS BILL: Groups including the Florida Coalition for Trans Liberation and the Florida National Organization for Women will hold a news conference to criticize a bill (SB 1634) that seeks to create a “Parents’ Bill of Rights.” (Monday, 1 p.m., outside 412 Knott Building, the Capitol.)

U.S. Experiences Worst Flu Season in Years: “The share of influenza samples tested positive – an indicator of how the flu season is progressing – has reached 27.7 percent in the U.S. in calendar week 4. While this means that the virus got off to a quick and drastic start this winter and showed the highest levels of positive samples in at least 5 years, relief might be on the horizon.” 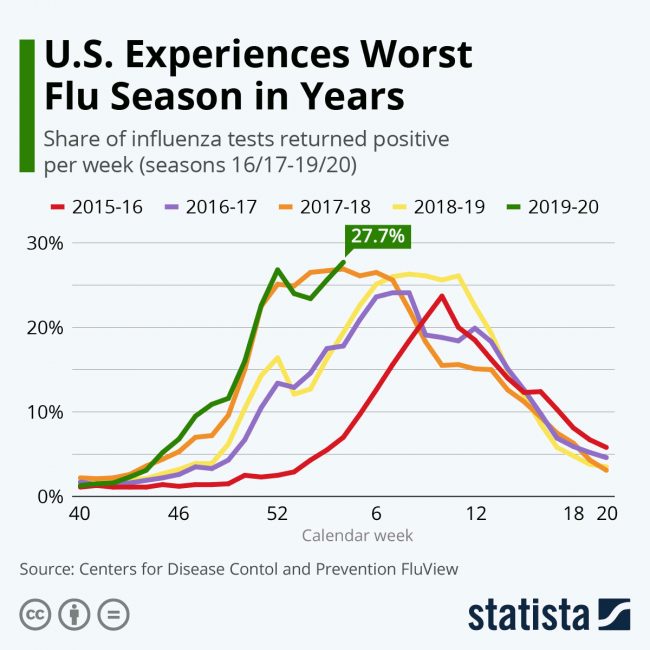