“This is the first indication I have ever had that there is a God.”

–Supreme Court Justice Felix Frankfurter on the death of Chief Justice Fred Vinson on Sept. 8, 1953, cited in Peter Irons, “A People’s History of the Supreme Court” (1999).

The Public Safety Coordinating Council, which gathers law enforcement, judicial, social service and government agencies, meets at 8:45 a.m. at the Emergency Operations Center in Bunnell. But the regularity of its meetings is fitful. This meeting has been cancelled. See agendas, when they’re posted (also a rarity), here.

Dorothy Singer Murder Case: Dorothy Singer, the 55-year-old former West Flagler resident accused of murdering her husband, Charles, by shooting him five times and burying his body in their property’s backyard, is scheduled for a pre-trial before Circuit Judge Terence Perkins in Courtroom 401 at the Flagler County Courthouse at 1:30 p.m. A jury found Singer guilty of the murder in a May 2018 trial, and Circuit Judge Dennis Craig sentenced her to life in prison without parole. But the Fifth District Court of Appeal reversed part of the ruling because Craig had too hastily denied the defense a motion to delay the original trial so it could study relatively new DNA evidence of Charles Singer’s blood found on the couple’s bedroom headboard. That’s why Dorothy Singer is getting a new trial.

The Airport Advisory Board holds its monthly meeting at Airport Corporate Center, Third Floor Conference Room, 120 Airport Rd, Palm Coast. The meeting is open to the public. The advisory board makes recommendations to the County Commission on matters pertaining to the Flagler County Airport. 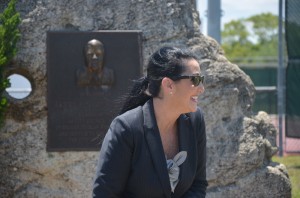 Walks with Palm Coast Mayor Holland and Guest: Are you participating in the Mayor’s 90/90 Challenge? Mayor Holland is getting active with weekly activities! A beautiful walk along Waterfront Park is a great way to get those miles in. Register at www.parksandrec.fun/events. More info: 386-986-2323. More info on the Mayor’s 90/90 Challenge in the Palm Coast Connect app, www.palmcoastconnect.com, or 386-986-2323.

Forum on Government and Public Policy Hosts Reporter Melanie Saltzman, Lewis Auditorium, 14 Granada St., at 7 p.m. Melanie Saltzman, reporter and producer for PBS NewsHour Weekend, will present a lecture titled, “The Future of Food.” This event is free and open to the public. In her role at PBS, Saltzman reports, shoots and produces on a variety of issues, including public health, the environment and international affairs. Saltzman graduated from New York University in 2010 with a Bachelor of Science in Broadcast Journalism and Global Communications. That same year, she was awarded a Fulbright scholarship in Berlin, Germany. In 2015, she received a Master of Science in Journalism, with concentrations in documentary video storytelling and interactive publishing, from the Medill School of Journalism at Northwestern University. Some of Saltzman’s most notable work includes her production of two stories for NewsHour’s Emmy-nominated “America Addicted” series on the opioid epidemic. Forums are free and open to the public, but seating is on a first-come, first-served basis. If you are a person with a disability and need reasonable accommodations, please contact Phil Pownall
at 904-819-6460. Sign Language Interpreters are available upon request with a minimum of three days’ notice.

Coronavirus: OECD Slashes Forecast for World Economy: “The OECD now expects the world economy to grow by 2.4 percent this year, down from its November 2019 estimate of 2.9 percent. That would be the lowest level of economic expansion since the end of the financial crisis, and possibly the trough of the current slowdown, depending on how long the current crisis persists and how quickly China’s economy can return to normality. Unsurprisingly, the epicenter of the outbreak is expected to be heavily affected by the epidemic. The OECD slashed its growth forecast for China from 5.7 to 4.9 percent, citing restrictions on the movement of people, goods and services as well as containment measures such factory closures as drivers of a sharp decline in domestic demand and manufacturing output.” 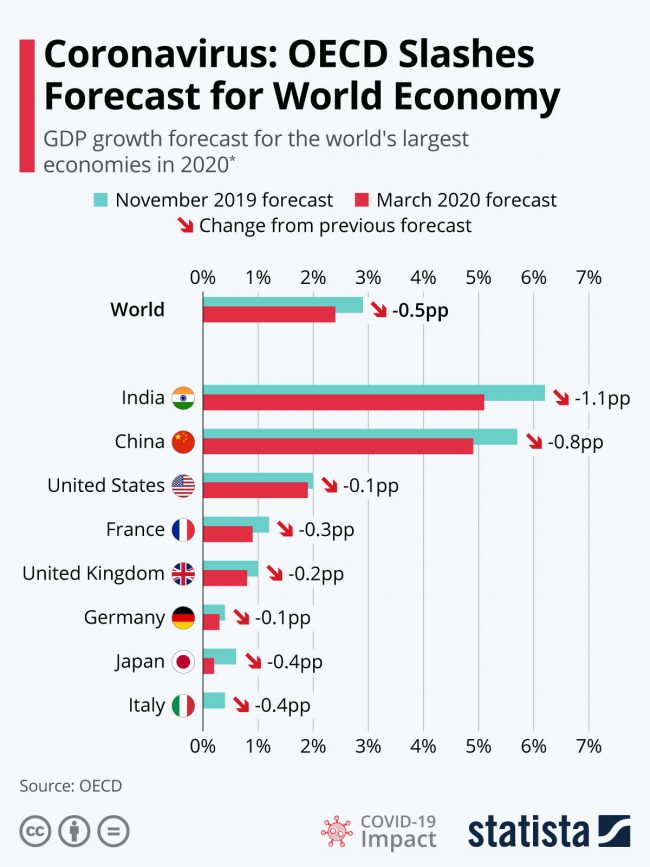 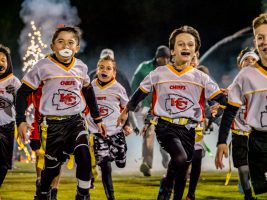 Mad Dogs Palm Coast Registration: Registration for the Spring season is open now and will run until March 13 Cost of the league is $125/season, but discounts are provided to families with multiple children, coaches, team coordinators, first responders, teachers and military families. Call for more info, 386-597-0215. In addition to players, Mad Dogs is also actively seeking volunteers for coaching and team coordinators, as well as league sponsors and partnership opportunities. Mad Dogs Flag Football is a non-contact, competitive football league for both boys and girls, ages 5 – 15, learn proper football concepts and techniques in a no-tackle, kid-friendly environment. In addition to learning good football skills, our coaches instill the importance of being a team player, displaying good sportsmanship, having a strong work ethic, developing leadership skills and being committed to a goal.