“Passing my reflection in a shopwindow, for instance, I am taken by surprise at the sight of a striding woman with white hair: she is still wearing the bangs of her late youth, but there are shocking pockets and trenches in her face; she has a preposterous dewlap; she is no one I can recognize.”

Update: The 2019 NobelPrize in Physics has been awarded with one half to James Peebles “for theoretical discoveries in physical cosmology” and the other half jointly to Michel Mayor and Didier Queloz “for the discovery of an exoplanet orbiting a solar-type star.” The Guardian reports that a “theoretical framework, developed by James Peebles over two decades, has become the foundation of our modern understanding of the universe’s history, from the big bang to the present day. Mayor and Queloz discovered the first planet outside our solar system, in 1995.

The week’s other prize announcements (all Palm Coast, or eastern, times):

The following items will be reviewed at the next meeting:

The Palm Coast City Council meets in workshop at 9 a.m. at City Hall in Town Center. The council will discuss its annual cultural arts grants, a $5.4 million loan with CenterState Bank to finance stormwater improvements, and a series of routine contracts. The full meeting agenda and back-up materials are here.

Flagler County Affordable Housing Committee meets. The County Commission  established the Affordable Housing Advisory Committee/ Housing Task Force, under Section 16-77 of the Flagler County Code, to make recommendations to the Board of County Commissioners regarding specific initiatives to encourage or facilitate affordable housing in Flagler County. Meetings are held at 8:30 a.m. on the Second Tuesday of each month. Staff Liaison is Ralston Reodica,  386-313-4037. See the committee bylaws here, and committee agendas here, though they’re posted only spottily.

The Flagler County Planning and Development Board meets at 6 p.m. in Board Chambers at the Government Services Building, 1769 E. Moody Blvd., Bldg. 2, first floor, Bunnell.

A monthly community gathering for friends and family of suicide loss, 7:30 to 8:30 p.m. at Find Your Peace by Pieces, 300 Palm Coast Pkwy S.

W. Unit 9 and 11. Overcoming and managing the grief of losing a loved one to suicide can be pervasive and overwhelming. We invite you to join this community gathering to understand why this type of grief is challenging to live with but more importantly this is a peer group coming together to form a support system in each other, with others who live with this loss. This group is once a month, but our hope is that you will make connections with each other, if that is something that you need or want. That you can have this support throughout the month as well. Reaching out to each other if needed ♡ Held in the community lounge, unit 9. An inviting, calming environment. Meditation nooks are available to use if needed or wanted with sound machines/headphones in case you need a few moments to yourself while there as well. Donations accepted but not required. We want you here. Any donations made will go to help support the center in being able to bring this group and others to the community. 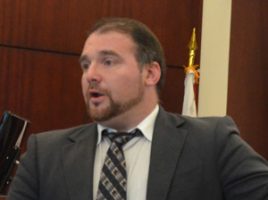 Daytona State College Foundation’s Wisdom in Senior Education program (WISE): This week, medical marijuana: Attorney Aaron Delgado, Daytona Beach. America currently has a patchwork of local, state, and federal laws that treat the same drug differently and inconsistently depending on its form and mode of use. Florida voters recently passed a constitutional amendment permitting some limited medical use of marijuana, although under federal law it still remains classified as a Schedule 1 drug that is criminalized as having no accepted medical treatment use in the U.S. Attorney Aaron Delgado describes some of the current issues concerning interactions between differing state and federal drug laws, and that the new amendment has not decriminalized recreational use of marijuana. At DSC’s Advanced Technology College, 1770 Technology Blvd., Daytona Beach (located ½-mile north of LPGA Blvd. off Williamson Blvd.) – all presentations are from 2 to 3:30 p.m. The Foundation created the WISE program to provide continuing education and cultural enrichment activities to senior members of the community.WISE is open to anyone age 50 or older; $15 for an individual or $25 per couple for the period September-December. For more information, contact Suzette Cameron, Director of Alumni Relations and Development, call (386) 506-4506, or email [email protected]

Segments 1 and 3 are complete.

Drainage installation is continuing and is nearly 90% complete. The contractor will complete this aspect of the work as part of the completion of the construction of the new southbound roadway. Steady progress is being made constructing the curbing for the median.

FELONS’ RIGHTS LAW CHALLENGED: U.S. District Judge Robert Hinkle will hear arguments in a battle over a law passed this spring that carried out a 2018 constitutional amendment restoring voting rights to felons who have completed terms of their sentences. Voting-rights and civil-rights groups argue the law is unconstitutional and overly restrictive. Also, several civil-rights and voting-rights groups will hold a rally outside the courthouse. (Monday, hearing at 9 a.m., rally at 11:30 a.m., United States Courthouse, 111 North Adams St., Tallahassee.)

KEYS SANCTUARY AT ISSUE: A meeting will be held to provide information about potential changes to the management plan, zoning and regulations related to the Florida Keys National Marine Sanctuary. The National Oceanic and Atmospheric Administration has released what is known as a “Restoration Blueprint” for public comment. (Monday, 6 pm., 89901 Old Highway, Tavernier.)

Here’s a summary of the latest city developments as of Oct. 4, 2019, with a link to the full week in review here.