Today: Partly cloudy in the morning…then mostly cloudy with scattered showers and thunderstorms in the afternoon. Highs in the lower 80s. West winds 5 to 10 mph. Chance of rain 40 percent. Tonight: Partly cloudy with chance of showers and slight chance of thunderstorms. Lows in the lower 60s. West winds 5 mph. Chance of rain 30 percent. Details here.
Today’s fire danger is moderate. Flagler County’s Drought Index is at 191.
Today’s tides: at the beaches, at the Intracoastal Waterway.
Today’s document from the National Archives.
The OED’s Word of the Day: auteur, n. and adj..
The Live Community Calendar
Today’s jail bookings.

No school: Flagler County schools are on spring break all week.

St. Patrick’s Day Leprechaun Hunt: The hunt will take place on the nature trail at Gamble Rogers Memorial State Recreational Area, 3100 S. Oceanshore Blvd., Flagler Beach. A leprechaun will be hidden three times and three prizes will be awarded. Children must be accompanied by an adult. Registration requested here. at https://www.eventbrite.com. Contact Celena at 386-517-2086 for more information. (10 a.m.-5 p.m.)

The Florida History Book Club, which meets to discuss books by Florida authors or about Florida history, meets at the Flagler Beach Public Library at 1 p.m.

Road Caution: The Florida Highway Patrol was monitoring a wildfire late Wednesday in the area of State Road 19 south of Pinellas Road, which may affect roadways in Putnam County. Motorists are encouraged to use caution when traveling in these areas. Visibility may deteriorate quickly due to smoke/fog type conditions, especially during the night time and early morning hours. Motorists are reminded to reduce their speed as necessary to avoid a collision and utilize their low beam headlights in order to adapt to changing weather conditions.

Upcoming: Motown Madness: A March 26 fund-raiser for the G.W. Carver Community Center in Bunnell. See the flier below for details.

In a Child-Rape Case, Fair Questions Are Weighed Against Inadmissible Evidence: To what extent, if any, is a rape victim’s sexual history relevant in her alleged assailant’s trial? And are the victim’s descriptions of the incident to two people in the immediate aftermath of the alleged attack admissible evidence at trial, or inadmissible hearsay? Those two questions were the focus of a hearing this morning before Circuit Judge Matthew Foxman at the Flagler County Courthouse. The answers to the questions were central to the strategies of the prosecution and the defense in the trial of Waldemar Rivera, the 36-year-old former R-Section resident of Palm Coast accused of raping his 13-year-old step-daughter the evening of May 11, 2014.

Full Funding Restored to Flagler’s Adults With Disabilities Program, a Big Victory for District: On Monday, after district officials spent months lobbying legislators, school officials found out that the full $545,000 appropriation they’d lost last year was restored. It will enable the district to again double enrollment in the Adults with Disabilities’ Step Up program starting July 1. It’ll be double the new start for the Step Up program, which will also be moving from its current location near the Corporate One building on Palm Coast Parkway to a facility adjacent to the campus of Flagler Palm Coast High School, near the administrative offices of the Flagler Technical Institute—the district’s adult education division that runs the Adults with Disabilities program.

Gov. Scott’s $256 Million in Vetoes Include Palm Coast’s $200,000 Wellfield Project: Palm Coast is going ahead with its wellfield expansion regardless, as it is compelled by changes affecting Water Treatment Plant 2 on Citation Boulevard, which needs new wells.

Hutson family puts huge parcels of land in southern St. Johns County on the market: “The parcels that make up more than 8,000 acres are now for sale in an area that has been used mostly for silviculture, agriculture and outdoor recreation. The property is known as the Hutson Ranch, owned by local developer David Hutson,” theRecord reports.

Palm Coast Floats New Rescue System in Name Of “Efficiency,” But County Sees Many Flaws: For almost a year, Palm Coast—and particularly Mayor Jon Netts—has been on a mission to change the way ambulance services are provided in the city. The city has not put forth a plan to do just that. But it’ll go nowhere unless county government agrees. And county government, along with the firefighters’ unions of both city and county departments, are opposed.

Gov. Rick Scott, Likening Himself to “Businessman Outsider,” Endorses Donald Trump: The endorsement was as much a plea for party unity as another signal from Trump that he is open to Trump’s invitation as his vice president nominee.

Planned Parenthood volunteers will deliver petitions to Gov. Rick Scott’s office in opposition to a wide-ranging bill (HB 1411) that would place additional regulations on abortion clinics. Lawmakers passed the bill during the legislative session that ended last week. (10 a.m.)

♦ March 18: Flagler Reads Together featured event: The documentary “Trail Magic: The Grandma Gatewood Story,” will be shown at the Flagler County Library at 2 p.m., in the library meeting room. Flagler Reads Together’s focus this year is ‘Grandma Gatewood’s Walk,’ the biography of Emma Gatewood who, in 1955, was the first woman to hike the entirety of the Appalachian Trail solo. She was 67. See below for more details.
♦ March 24: Stewart-Marchman-Act Behavioral Healthcare and the Stewart-Marchman-Act Foundation at 5 p.m. will dedicate the playground at WARM at the Vince Carter Sanctuary in memory of Joan M. Kelly, a longtime Daytona Beach resident and WARM supporter on March 24. Kelly passed away on July 31, 2015. Refreshments will be provided by the WARM Culinary Arts Program. WARM is a long-term residential treatment program for women exhibiting symptoms of drug and alcohol dependence, with slots designated for those women who are pregnant, post-partum, or parenting young children. The women live on campus in a therapeutic and supportive environment. Those with children are able to have their children (under the age of six) in residence with them. Older children can visit overnight with their mothers on site on weekends.
♦ March 24: Eggs & Issues Breakfast featuring County Administrator Craig Coffey and three county department heads involved in economic development: Airport Director Roy Sieger, Economic Development Director Helga van Eckert, and Tourism Director Matt Dunn. The breakfast is sponsored by the Flagler County Chamber of Commerce. The cost is $20 in advance, $25 at the door. 7:30 a.m.-9:30 a.m., Grand Haven Golf Club, 500 Riverfront Dr., Palm Coast. Seating is limited; reservations are requested by March 21. For reservations, email Jaclyn Miklos or call 386/206-0953.
♦ March 26: Motown Madness, a fund-raiser concert for Carver Gym and the George Washington Carver Foundation,, featuring the band Traces of Gold. Tickets are $50, includes dinner and music, 6 to 10 p.m. at the the G.W. Carver Community Center, 201 East Draine Street, Bunnell. Tickets and information: Cheryl Massaro, 386-437-7540, extension 5101. See the flier below.

♦ March 29: Museum curator Christina Katsolis, photographer A.J. Neste and architect Sean Palmer speak to students at Flagler Palm Coast High School starting at 11:50 a.m. at the Flagler Auditorium as part of Art Works, a Flagler County Art League-sponsored program for high school students interested in a career in the arts. The art league worked with the art department faculty to bring this new program to FPC students to learn about a variety of careers from artists, all former FPC students, who have turned their love of the arts into successful careers. Following formal presentations by each artist, students will have the opportunity to meet with the artists in small groups. Parents, city and county government leaders and school board members have been invited to attend the program.
♦ March 30-April 2: Florida Future Problem Solvers State Competition, to be attended by four to five Flagler County schools, at Doubletree Orlando Seaworld, 10100 International Drive, Orlando.
♦ April 1: The Friends of the Library of Flagler County celebrate the annual April Poetry Month by acknowledging the 2016 presidential election year. Poems by presidents or about presidents of the United States, from Washington to Obama, will be presented at 1 p.m. in the Doug Cisney Room and appropriate refreshments–that is, alas, no booze, no matter how drunk Nixon could get–will be provided by the Hospitality Staff of the Friends.
♦ April 2: Cheer at the Pier, a fund-raiser for the Flagler Beach Historical Museum, from 3 to 6 p.m. Call Virginia Giaramita for information at 386/299-8892.
♦ April 12: Anjali Anabel Tomerlin, a third grader at Imagine School at Town Center in Palm Coast who’s written and illustrated her first book, will hold a book-signing at the Flagler Beach Public library from 4 to 6 p.m.
♦ April 13: Public Safety Coordinating Council meeting at 8:45 a.m., Emergency Operations Center, Bunnell.
♦ April 15: The Florida Ethics Commission will take up an administrative law judge’s recommendation in the ethics case against Flagler County Sheriff Jim Manfre. 9 a.m.
♦ April 16: Flagler Beach will hold a victims’ rights memorial at sunrise. The memorial ceremony honors victims and their advocates. It will be held at the end of the iconic pier. Please contact Victim Advocate Donna Kearney with any questions about the memorial at 517-2020.

The latest in the growing animosity between Donald Trump's campaign and the press. https://t.co/WUpPltvov2

Lexington noted that John Kasich would be one to watch in a piece back in 2014 #econarchives https://t.co/G7dSGco0yX pic.twitter.com/1WpGdSKIXK

An American student is sentenced to 15 years in prison in North Korea for stealing a sign https://t.co/6PZfEtYUr5 pic.twitter.com/2bY7WRMC32

STUDY: Memories 'Lost' To Alzheimer's May Be Recoverable… https://t.co/hG9ODBreSQ

The following is an update of ongoing permitting, construction and development projects in Palm Coast, through March 9:

To Honor St. Patrick’s Day, An Excerpt from The End of Joyce’s Ulysses 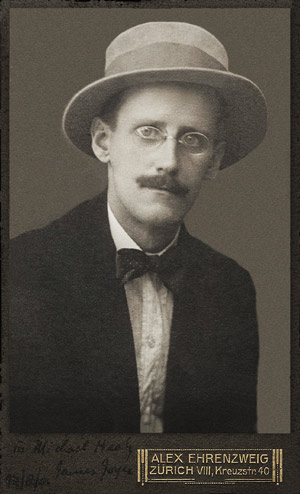