The Palm Coast City Council meets in workshop at 9 a.m. at City Hall, to discuss a range of issues. Among them: potentially refinancing the 2007 bonds, or loan, for the utility department, discussing a proposed ordinance that would regulate bottle clubs in the city, reviewing the latest survey of Palm Coast residents on their opinions about the city, and a presentation on the history of the perennially troubled Palm Harbor Golf Course and city tennis center. The council is also expected to review its agreement with the supervisor of elections on running the year’s elections at city sites. Unlike previous years, the agreement is not expected to cause any controversy.

The Flagler County Centennial Committee meets at 1:30 p.m. in the first-floor conference room at the Government Services Building.

Entrepreneur Night, 5:30 to 7 p.m. at the New Europa at European Village, Palm Coast. Over 150 attendees spanning the local entrepreneurial ecosystem and in all phases of entrepreneurial stages are going to be there. No admission fee. Expect complimentary appetizers, meet new people, and connect others you may have already met. RSVP here.

Hotel California: A Salute to the Eagles, at the Flagler Auditorium, 7:30 p.m.: For more than two decades, Hotel California has touched the hearts of fans all over the world by faithfully and accurately reproducing the Grammy award winning sounds of the Eagles. See how a spirited blend of originality and the pursuit of excellence have taken Hotel California to a level of international recognition normally reserved for gold and platinum recording artists. Tickets: $29 for adults, $18 for youth. Box Office: 386-437-7547

Flagler Voter Registrations Surge to 90%, Aiding GOP as Democrats Fall to Historic Low: When the voter registration window closed last week ahead of the March 15 Florida presidential primary, three trends were starkly apparent in Flagler County: overall registrations have surged well ahead of Florida’s rate or the rate of population increase. Independents, and to a much lesser extent Republicans, have accounted for most of the surge. And Democratic registrations are at a historic low. At current trends, Independents may outnumber Democrats in six or eight years.

Court Ruling Favoring Counties in Juvenile Detention Costs Could Send Flagler $300,000: The ruling last week by the 1st District Court of Appeal came as senators consider a bill aimed at resolving the dispute, which centers on what are known as “predisposition” costs before underage offenders are sentenced. Counties contend that the state has forced them to pay too large a share of the costs.

Suicide By Gun Averted, Woman’s Face Burned With Cigarette, Good Samaritan Turns In $2,500: Aside from the garlic-knot incident that occupied deputies Friday night, three police incidents of note unfolded over the weekend in Flagler County. 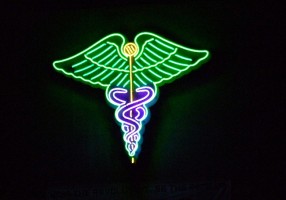 Medical pot and anti-gay bill: The Senate is slated to take up a bill that would allow patients with terminal illnesses to have access to medical marijuana. The bill (SB 460), sponsored by Regulated Industries Chairman Rob Bradley, R-Fleming Island, would add marijuana to a 2015 law known as the “Right to Try Act.” That law allows terminally ill patients to have access to experimental drugs that have not been approved for general use by the U.S. Food and Drug Administration. Also during a floor session, the Senate is expected to consider a controversial proposal that is an outgrowth of last year’s U.S. Supreme Court ruling that said same-sex couples have a fundamental right to marry. The proposal (SB 110), sponsored by Sen. Aaron Bean, R-Fernandina Beach, would seek to prevent clergy members from being forced to perform marriage ceremonies contrary to their beliefs. But opponents of what has been dubbed the “Pastor Protection Act” say it is unnecessary because clergy already have First Amendment protections. Also during the session, the Senate is scheduled to consider a bill (SB 636), sponsored by Sen. Lizbeth Benacquisto, R-Fort Myers, that seeks to ensure rapid testing of DNA evidence in suspected sexual-assault cases. The bill stems from disclosures last year that thousands of “rape kits” have gone untested. (10 a.m.)

Term limits: The House will consider a proposal (HB 7107), filed by Rep. Matt Caldwell, R-North Fort Myers, that would make changes in the Florida Retirement System for public employees. Under the bill, employees who don’t choose between the state’s traditional pension plan and a 401(k)-style investment plan would “default” into the investment plan. Currently, workers are automatically placed in the pension plan if they don’t make a selection. Also during a floor session, the House will take up a proposed constitutional amendment (HJR 197), sponsored by Rep. John Wood, R-Winter Haven, that would place term limits on Supreme Court justices and appellate-court judges. Among other bills, the House will consider a proposal (HB 1325), filed by Rep. Jim Boyd, R-Bradenton, that would set new policies for state economic-development incentives. (10 a.m.)

Utility bonds: The Senate Communications, Energy and Public Utilities Committee will take up a bill (SB 324), filed by Sen. John Legg, R-Trinity, that would create a new type of financing known as “utility cost containment bonds” that could be used for water or wastewater projects. (Tuesday, 1:30 p.m., 301 Senate Office Building, the Capitol.)

Great recognition from a presidential candidate that supporting Israel means working for a two-state solution. pic.twitter.com/OX559zuh9A

Jesus went to hell: The Christian history churches would rather not acknowledge https://t.co/3US0lFEZ6t pic.twitter.com/YyI2TQfQBE

We all know exercise makes you live longer. But this will actually get you off the couch. https://t.co/wKnnDpUuei pic.twitter.com/bysvhk4yBO

The following is an update of ongoing construction and development projects in Palm Coast, through Feb. 17:

Old Kings Road Force Main 96 percent done:: February 11, 2016 night work with lane closure and tank trucking for the south end force main tie-in to the 12″ pipe from the South and the 12″ pipe from Town Center. The new
16″ force main and the 8″ old main were connected to the old Pump Station north of Lehigh Canal.

Island Walk Shopping Center Phase 2, 26 percent done: February 15, 2016 a 10″ core was made into the existing manhole for the sewer lateral for the 2 lots facing Palm Coast Parkway.