Today: Partly cloudy with a 50 percent chance of showers and thunderstorms. Highs in the lower 90s inland…in the upper 80s coast. East winds 5 to 10 mph. Heat index readings 101 to 105. Tonight: Partly cloudy. Lows in the mid 70s. Southeast winds 5 to 10 mph. Details here.
Today’s document from the National Archives and the Astronomy Picture of the Day.
Today’s tides: at the beaches, at the Intracoastal Waterway.
Drought Index is at 99.
The OED’s Word of the Day: Noddy suit, n..
The Live Community Calendar
Today’s jail bookings. 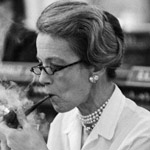 “In a debate over equal rights for women, she once recalled, a male legislator said: “I just don’t like this amendment. I’ve always thought of women as kissable, cuddly and smelling good.” Her reply was classic Fenwick: “That’s the way I feel about men, too. I only hope for your sake that you haven’t been disappointed as often as I have.”

–From the Times obituary of Millicent Fenwick, the former Republican Congresswoman, who died in 1992.

In Court: A status hearing is scheduled before Circuit Judge Dennis Craig in the case of Erin Vickers, who faces 49 counts of promoting, transmitting or performing sexual acts on a child. Her trial is currently scheduled for September. 4 p.m. in Courtroom 401. See background here.

Friends of A1A Scenic & Historic Coastal Byway board meets at the Policy Center at 9601 N Oceanshore Blvd., in Marineland, at 2 p.m.

ElderSource facilitates a senior focus group to discuss the development of additional programs for seniors in Flagler County and the function of an expanded community center in Palm Coast. As the city looks to its future and plans for a new facility, the City Council thought it would be in the best interest of the project to seek feedback, questions and commentary from the community before the project progressed any further. Any interested persons or parties are invited to attend and participate in this discussion. ElderSource is a non-profit agency designated by the state as the Area Agency on Aging and Aging & Disability Resource Center for Northeast Florida. The focus group is scheduled for 10 to 11:30 a.m. at the community wing of Palm Coast City Hall, 160 Lake Avenue, in Town Center. If you are unable to attend and would like to submit comments, please email [email protected] and these will be shared at the meeting.

Seniors with diabetes invited to participate in free class at Wickline: Seniors with diabetes are invited to participate in a free six-week class to be held at the George Wickline Senior Center in Flagler Beach. The class runs from 2 to 4:30 p.m. on Tuesdays, September 12 through October 17. ElderSource and the Northeast Florida Area Health Education Center are sponsoring the series of workshops. The program is free, but pre-registration is required. It is open to those who are 60 years or older, and who have diabetes. Those interested should call the Northeast Florida Area Health Education Center at 877-784-8486. Class dates are September 12, 19 and 26, and October 3, 10 and 17. The George Wickline Senior Center is at 800 S. Daytona Avenue, Flagler Beach. For more information about the Flagler County Senior Services Department go to www.flaglercounty.org/senior_services.

Supreme Court takes up blood-alcohol: The Florida Supreme Court will take up four cases, including an appeal by a Palm Beach County millionaire convicted of DUI manslaughter in a high-profile fatal crash in 2010. Attorneys for John Goodman have challenged Florida Department of Law Enforcement rules dealing with blood-alcohol tests. A panel of the 4th District Court of Appeal rejected the challenge. (9 a.m., Florida Supreme Court, 500 South Duval St., Tallahassee.)

Committees of the state university system’s Board of Governors will meet in advance of a full board meeting Thursday. The Strategic Planning Committee, for example, will take up strategic plans for the University of West Florida, the University of Central Florida, Florida A&M University and Florida State University. (1:30 p.m., University of Florida, Emerson Alumni Hall, 1938 West University Ave., Gainesville.)

Over 20% of oil production from the Gulf of Mexico has been taken offline due to Harvey https://t.co/NCaliilJvl

Televangelist: Christians will start a civil war if Trump is impeached https://t.co/jP3PAbA7Uj pic.twitter.com/0oB7d3vjiH

A few years after the death of Degas, his renown was at its peak. Then a former model revealed everything https://t.co/TeFZXoAWD3

How playing an instrument benefits your brain