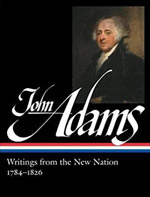 “On the evening of the 18, a few minutes after my Arrival at this place commenced a violent Equinoctial Gale of Wind, accompanied with a flood of rain, from the North East, which has continued with very Short intervals to this day and confined me to my house. This is so old fashioned a Storm that I begin to hope that nature is returning to her old good nature and good humour and is substituting fermentations in the Elements, for revolutions in the moral intellectual and political World. […] We have no Americans in America. The Federalists have been no more American than the Anti’s.”

The Flagler County Commission meets at 5 p.m. in board chambers at the Government Services Building, Bunnell. Commissioners are expected to set the maximum tax rate for next year. The rate may be lowered in coming weeks as commissioners hash out their budget, but it may not be set at a higher rate than that voted on today. The actual rate will be set in two public hearings in September. Al Hadeed, the county attorney, is to receive the 2016-2017 Ethics in Government Award from the Florida Association of County Attorneys, and CrimeStoppers is awarding its Officer of the Year award to Flagler County Sheriff’s deputy Richard Petkovsek. Commissioners are expected to reappoint Sharon Atack to the Library Board of Trustees for a three-year term and approve a $500,000 grant application for library construction. Auditors will present their finding for the county audit. The full agenda and background materials are here.

The State Board of Education will hold a workshop to discuss issues such as a financial outlook and then will hold a regular board meeting. (Workshop starts at 9 a.m., with board meeting at 2 p.m., Cabinet meeting room, the Capitol.)

Canceled $30K wedding becomes a dinner for the homeless https://t.co/zWdc4in21a

2017 has been marked as ‘the best year for women’ in the television industry https://t.co/6vcZzJTRYd

The term “effective” doesn’t have a precise definition — and that can be a problem https://t.co/0ieXpayRVM

The following is an update of ongoing permitting, construction and development projects in Palm Coast, through July 14 (the city administration’s full week in review is here):

From Open Culture: “American guitar came of age in the fifties, with the blues, folk, country, and jazz playing of Mississippi John Hurt, Sister Rosetta Tharpe, Merle Travis, Chet Atkins, Wes Montgomery, Les Paul, and so many other incredible players who perfected the sound of Americana before it became inseparable from nostalgia and revivalism. Though it has usually been Chuck Berry who gets—or who took—most of the credit for rock and roll, and who is often enough named as a favorite influence of so many UK guitar heroes, one star British player who made his name a few years later always stuck fast to rock and roll’s deepest roots. We can hear all of those golden age players—Hurt, Tharpe, Travis, Atkins, Montgomery, Paul—in Mark Knopfler’s fingers, in some of the unlikeliest hits of the 80s, songs long on style and flashy solos, but also unquestionably rooted in roots music.” See below and read more.