Weekend: Sunny. Highs in the 60s Friday, in the 70s Saturday and Sunday, lows in the 40s Friday night, in the 50s Saturday night, in the upper 40s Sunday night. Details here.
Drought Index is at 329.
Today’s tides: at the beaches, at the Intracoastal Waterway.
Today’s document from the National Archives.
The OED’s Word of the Day: † clifty, adj.1.
The Live Community Calendar
Today’s jail bookings.

“Once there was Louis Armstrong blowing his beautiful top in the muds of New Orleans; before him the mad musicians who had paraded on official days and broke up their Sousa marches into ragtime. Then there was swing, and Roy Eldridge, vigorous and virile, blasting the horn for everything it had in waves of power and logic and subtlety—leaning to it with glittering eyes and a lovely smile and sending it out broadcast to rock the jazz world. Then had come Charlie Parker, a kid in his mother’s woodshed in Kansas City, blowing his taped-up alto among the logs, practicing on rainy days, coming Out to watch the old swinging Basie and Benny Moten band that had Hot Lips Page and the rest—Charlie Parker leaving home and coming to Harlem, and meeting mad Thelonius Monk and madder Gillespie—Charlie Parker in his early days when he was flipped and walked around in a circle while playing. Somewhat younger than Lester Young, also from KC, that gloomy, saintly goof in whom the history of jazz was wrapped; for when he held his horn high and horizontal from his mouth he blew the greatest; and as his hair grew longer and he got lazier and stretched-out, his horn came down halfway; till it finally fell all the way and today as he wears his thick-soled shoes so that he can’t feel the sidewalks of life his horn is held weakly against his chest, and he blows cool and easy getout phrases. Here were the children of the American bop night.”

–Jack Kerouac, from On the Road

Keep in mind: March is Women’s History Month, and Bike Week begins Friday, March 10, and runs through Sunday, March 19: Please look both ways, twice, be safe, and look out for the safety of others.. It is also Spring Break all week for Flagler County Schools.

Friday: The Gargiulo Art Foundation’s 2016 Artist of the Year, Judi Wormeck, is featured in a month-long show at Ocean Art Gallery in Flagler Beach with an opening reception from 6 to 9 p.m. The event is free and open to all, at 206 Moody Boulevard (State Road 100) in Flagler Beach. Tom Gargiulo will present a Gallery Walk and a Q&A on March 30 at 6 p.m., and Judi Wormeck will have a demonstration on March 30 at 6 p.m. Gallery hours are Tuesday through Sunday, noon to 6 p.m. Details here.

Saturday: Fun Coast Down Syndrome’s Annual Events: the “Up With Down” bike ride starts at 8:30 a.m. from Mezzaluna in Town Center in Palm Coast, the Buddy Walk is at 10 a.m. in Central Park.

Saturday-Sunday: TNT Dynamic Art and Craft Show, Veterans Park, Flagler Beach, each day from 10 a.m. to 5 p.m.: “From the love of exhibiting and managing other events for more than a total of 20 years, we felt a need to give exhibitors new venues to exhibit their works of Art of our exhibitors and helping with there needs.” See the website. 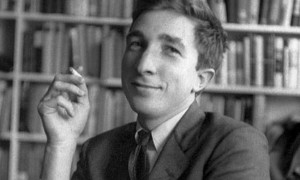 Mostly Useless Information: Friday is Forgive Mom and Dad Day. Saturday marks the anniversary, in 1931, of the first electric razor. The following year, on March 18, John Updike was born. He would go on to write some 60 books, chronicle the faiths and adulteries of Northeast pre-yuppies while redefining the norms of soft porn in American fiction, and write a few good short stories and a few good literary essays. His highest literary achievement was the Rabbit quartet (“Rabbit Run,” “Rabbit Redux,” “Rabbit Is Rich,” and “Rabbit at Rest”) which he wrote between 1960 and 1991 on the trail of Rabbit Angstrom, a Trump voter before the age of Trump. Updike died of lung cancer in 2009.

Open Registration for the 2017 Summer Camp at the Flagler County Youth Center for incoming 6th to 9th grade students is now open. To register, click here. The cost for the 2017 Summer Camp is $160 for the 1st child and $125 for every additional child. All payments must be made within 10 business days of submitting this form or you will have to re register. Please note spaces will be reserved on a first pay, first serve basis. Payment may be in Cash or a Check/Money order made out to FPCHS. Payment can either be dropped off or mailed to:

Flagler Palm Coast Kiwanis Special Grant Awards: The final application deadline is March 31. Grants submitted after that date cannot be considered. Non-Profit Organizations and Schools that work with children are eligible to receive a grant for their proposal. Awards are given in amounts up to 5,000 dollars. Due to limited resources, not all projects can expect funding. Applications may be obtained on the FPC Kiwanis. Org website. All applications must be completed on the forms provided, though additional pages may be attached. An important requirement is that the grant not be the primary source of funding for the proposed project. Instructions on where to submit the electronic application are on the application letter with the download. The form is not interactive.

Tallahassee Mayor Andrew Gillum, who is running for governor in 2018, is scheduled to speak at a conference of the Democratic Progressive Caucus of Florida. Rep. Sean Shaw, D-Tampa, also is expected to give a legislative update during an afternoon breakout session. (Saturday, Gillum speaks at noon, Hillsborough Classroom Teachers Association, 3102 North Habana Ave., Tampa.)

♦ April 6: Palm Coast Democratic Club meeting, 7 p.m. at
♦ April 26: Anyone whose child has died is invited to an informal meeting to consider eventually establishing a local chapter of The Compassionate Friends, a nonprofit self-help bereavement support organization for families that have experienced the death of a child. There are some 650 such chapters across the country. The meeting will be from 6:30 to 8 p.m. at Florida Hospital Flagler in classrooms A&B. for more information, call John Brady at 610/428-3139. To learn more about The Compassionate Friends, visit their national website at www.compassionatefriends.org. The meeting is open to all parents, grandparents, and siblings over age 18 who has suffered the loss of a child of any age.
♦ April 29: The People’s Climate Movement March, in conjunction with a march scheduled in Washington, D.C., will march locally, meeting at Wadsworth Park at 10 am and marching over the bridge to Veteran’s Park in Flagler Beach, where there we will a rally and speakers sharing a wide variety of issues and information on how to get involved.
♦ May 16: The Florida Judicial Qualifications Commission holds a hearing the the case of Circuit Judge Scott DuPont, who faces several charges of misconduct during his 2016 re-election election campaign. He has admitted wrongdoing. The 9 a.m. hearing is taking place in courtroom 406-7 at the Duval County Courthouse, 501 W. Adams Street, Jacksonville, before a six-member panel: Eugene Pettis, Steven P. DeLuca, Robert Morris, Michele Cummings, Harry Duncanson (a lay member of the commission) and Jerome S. Osteryoung.

Facebook usage and engagement is on the rise in the U.S., while adoption of other platforms holds steady https://t.co/15plHmic1z pic.twitter.com/npBzBC49zC

.@MFratzscher: America and Germany have more in common than their respective leaders think. https://t.co/2EWYgnsaBD