Today: Partly cloudy in the morning then clearing. Areas of dense fog in the morning. Visibility one quarter mile or less at times in the morning. Highs around 80. Southwest winds 5 mph. Tonight: Mostly clear in the evening then becoming mostly cloudy. Lows around 60. Southwest winds 5 mph. Details here.
Drought Index is at 387.
Today’s tides: at the beaches, at the Intracoastal Waterway.
Today’s document from the National Archives.
The OED’s Word of the Day: dreamery, n..
The Live Community Calendar
Today’s jail bookings.

“‘Why should we hear about body bags and deaths and how many, what day it’s going to happen?’ Barbara Bush asked rhetorically. ‘It’s not relevant. So why should I waste my beautiful mind on something like that?’ Now two top-tier anchors on the same network picked up the First Mother’s thread, debating on camera about what should and should not be televised. When Charles Gibson, in New York, told Ted Koppel, embedded with the Third Infantry Division, that it would be ‘simply disrespectful’ to show either the American or Iraqi dead, Koppel disagreed. Because the news media are ‘ginning up patriotic feeling’ in covering the war, he said, ‘I feel that we do have an obligation to remind people in the most graphic way that war is a dreadful thing. … The fact of the matter is young Americans are dying. Young Iraqis are dying. And I think to turn our faces away from that is a mistake. … To sanitize it too much is a dreadful mistake.'”

The Palm Coast City Council meets at 9 a.m. in workshop at City Hall in Town Center. On the agenda: the proposed annexation of a 26-acre parcel on State Road 100, west of Colbert Lane, into Palm Coast, along with an economic development agreement. The property is registered to Michael D. Chiumento, Alfred Alston and the Brattleof Development Group and does business as Edge Porperty LLC. The group bought the parcel in 2003 for $2 million. The agenda does not include details about the agreement. The council will also discuss a nine-month moratorium on medical marijuana “activities” in Palm Coast.

An Evening of Improv at the Flagler Auditorium, 7 p.m.

Rotary Club’s Annual Fantasy Lights Festival: 6:30 p.m., the Flagler County Rotary’s Fantasy Lights Festival will be the venue for a Mia Bella performance in Central Park. It is open each night in December from 6:30 p.m. to 9. Entry into the park is free but donations are accepted. Proceeds from the event go back into community projects funded by Rotary. (Friday’s performance: SEAS School Choir.) 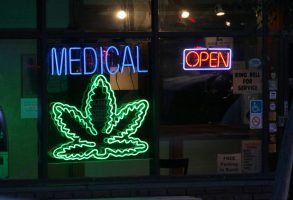 The Senate Ethics and Elections Committee will meet, with Secretary of State Ken Detzner expected to make an appearance. (2 p.m.)

Lobbyists: The House will hold a training seminar for lobbyists about new House rules. Those rules, for example, place additional disclosure requirements on lobbyists. (4:30 p.m., 404 House Office Building, the Capitol.)

♦ Dec. 15: The Florida Department of Transportation hosts a public meeting on the long-term improvement strategies for the reconstruction of State Road A1A in Flagler Beach at the south end of town. The meeting is scheduled from 2:30 p.m. to 6:30 p.m. at Flagler Beach City Hall, 105 S 2nd St, Flagler Beach. The meeting will be an open house with an ongoing loop presentation. The purpose of the public meeting is to present initial findings related to existing and future conditions and to receive input from interested stakeholders.
♦ Dec. 15: The Flagler County Historical Society is having a Holiday Open House from 5 to 7 p.m. at the Holden House, 204 East Moody Boulevard, Bunnell. Author Sandra Thurlow who has complied a history of the US Life-Saving Service, Florida’s East Coast will be present. Refreshments will be served. The public is invited to attend. For information contact Susan Baird at 437-8414.
♦ Dec. 16: Flagler County Clerk of Court-elect Tom Bexley and his staff will host a farewell celebration for Gail Wadsworth, the long-time court clerk who retired this year, at 3:30 p.m. on the steps of the Kim Hammond Justice Center (the Flagler County Courthouse). All are invited. (Bexley becomes the Clerk of Court on Jan. 3.)
♦ Dec. 16: The ninth annual Christmas With a Deputy, when 100 poorer children get to go on a $150 shopping spree with a cop at Target, starts at 6:30 p.m. from City Centre in Palm Coast’s Town Center, with a long convoy of cop cars, sirens blaring and lights flashing. Details here.
♦ Dec. 17: Annual Holiday Boat Parade at 6 p.m., presented by the Palm Coast Yacht Club. Boats will be lighted and begin departing the Cimmaron Basin, following this route: Cimmaron Basin to Intracoastal Waterway, turn south, passing Tidelands, Canopy Walk, St. Joe’s Walkway, Waterfront Park, Island Estates, then turning at Grand Haven Gazebo before heading back north to Clubhouse Waterway.
♦ Dec. 17: Starlight 5K at 6 p.m., in and around Central Park in Town Center, 975 Central Ave. The run is part of the Run Flagler P.A.L. Running Series. More info: www.triumphraces.com.
♦ Dec. 19: The Flagler County Commission holds a 4 p.m. reception–one hour ahead of its regularly scheduled meeting–to honor Barbara Revels, whose eight years of service as one of only two women ever elected to the county commission ended on Nov. 8, when Dave Sullivan defeated her. The reception will be held in board chambers at the Government Services Building, Bunnell.
♦ Dec. 20: Learn about historic and interesting Flagler County sites with local author Bill Ryan as your guide. The bus leaves at 10 a.m. from the Holden House, 206 East Moody Boulevard, Bunnell, and returns at 2:30 p.m. The cost is $20 per person which does not include lunch at Bull Creek Fish Camp. To make reservations or for more information call 386-439-5003.
♦ Dec. 21: Rep. Paul Renner and Sen. Travis Hutson, who form Flagler County’s legislative delegation, will host the annual delegation meeting in board chambers at the Government Services Building in Bunnell to hear concerns and legislative wish-lists from local officials and residents, ahead of the 2017 legislative session. To get on the agenda, call 386/446-7644.

♦ Dec. 22: The All Flagler Democratic Club meets at the Palm Coast Community Center, 7-8:30pm. The first hour is devoted to a presentation featuring three losing Demovcratic candidates for office in the last election, who will speak on the theme of “What I learned Running For Office.” The discussion is moderated by Merrill Shapiro, and features Bill McCullough, who ran for a congressional seat, Doug Courtney, who ran for Clerk of Court, and John Brady, who ran for mayor of Palm Coast. The presentation will be followed by the business portion of the meeting. The public is invited regardless of party registration. Questions: call Sheila Zinkerman, interim president, at 904/451-0301. (See background on the previous meeting here.)
♦ Jan. 7: Daytona State College Enrollment Saturday, 9 a.m. to 1 p.m., Wetherell Center (Bldg. 100), 1200 W. International Speedway Blvd., Daytona Beach. Students can take advantage of the one-stop events to complete everything from admission to registration and have a chance to win a $350 scholarship (Dec. 10 only) for a free class from the Daytona State Foundation. Students start by completing a Daytona State application, then meet with an Admissions Advisor and Financial Aid Counselor, take an assessment test (if applicable), meet with an Academic Advisor, and then lock in their schedule.
♦ Feb. 6: The great violinist Itzhak Perlman opens the 2017 season of the Amelia Island Chamber Music Festival with a 7:30 p.m. performance at First Baptist Church, 1600 South 8th Street in Fernandina Beach. Tickets here.
♦ March 7: Bunnell and Flagler Beach hold their municipal elections.

Would a Senate bill create a college hate-speech code to protect Israel? https://t.co/ud3mMqffyd

How did math evolve? https://t.co/niKiJdscrD

The following is an update of ongoing permitting, construction and development projects in Palm Coast, through Dec. 2 (the city administration’s full week in review is here):