Weekend: Partly cloudy throughout, in the 70s Friday, low to mid-80s Saturday and Sunday, lows in the 60s. Details here.
Drought Index is at 400.
Today’s tides: at the beaches, at the Intracoastal Waterway.
Today’s document from the National Archives.
The OED’s Word of the Day: plimsoll, n..
The Live Community Calendar
Today’s jail bookings.

“For the last time I follow a track into a village and see again how people live. How a seven-year drought is draining their fields, their crops, their lives. One quarter of their children never reaches the age of five. The average life ends at forty-three. Then all thoughts about brutality and conscience drain away, and the mystery becomes not cruelty, but compassion: why somebody offers a stranger a cigarette, or turns away from killing an enemy’s son.” 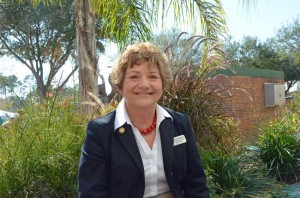 Friday: Flagler County Clerk of Court-elect Tom Bexley and his staff will host a farewell celebration for Gail Wadsworth, the long-time court clerk who retired this year, at 3:30 p.m. on the steps of the Kim Hammond Justice Center (the Flagler County Courthouse). All are invited. (Bexley becomes the Clerk of Court on Jan. 3.)

Friday: Christmas in Bunnell, a city event with music, a tree lighting, character photos and hay rides, starting at 5 p.m. by the old coquina city hall. There will be snow.

Friday: Holiday Crafts in the Park at Gamble Rogers Memorial State Recreation Area in Flagler Beach: Join us from 1 to 2 p.m. at the Killdeer pavilion, on the west side of the park, where Volunteer Debbie will show you how to make a Snowman holiday ornament. Bring a small hand towel if you have one. Adults and children 13 and older. Class is limited to 15 participants. Please register at Eventbrite.com. This program is free with paid park admission. There will also be a class for a reindeer ornament on Dec. 21st at 1-2 pm. Event Contact: 386-517-2086.

Friday: The ninth annual Christmas With a Deputy, when 100 poorer children get to go on a $150 shopping spree with a cop at Target, starts at 6:30 p.m. from City Centre in Palm Coast’s Town Center, with a long convoy of cop cars, sirens blaring and lights flashing. Details here. 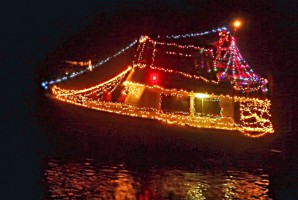 Saturday: Starlight 5K at 6 p.m., in and around Central Park in Town Center, 975 Central Ave. The run is part of the Run Flagler P.A.L. Running Series. More info: www.triumphraces.com.

Dance Around Flagler recital at the Flagler Auditorium, 3 p.m.

Rotary Club’s Annual Fantasy Lights Festival: It is open each night in December from 6:30 p.m. to 9. Entry into the park is free but donations are accepted. Proceeds from the event go back into community projects funded by Rotary.

♦ Dec. 19: The Flagler County Commission holds a 4 p.m. reception–one hour ahead of its regularly scheduled meeting–to honor Barbara Revels, whose eight years of service as one of only two women ever elected to the county commission ended on Nov. 8, when Dave Sullivan defeated her. The reception will be held in board chambers at the Government Services Building, Bunnell.
♦ Dec. 20: Learn about historic and interesting Flagler County sites with local author Bill Ryan as your guide. The bus leaves at 10 a.m. from the Holden House, 206 East Moody Boulevard, Bunnell, and returns at 2:30 p.m. The cost is $20 per person which does not include lunch at Bull Creek Fish Camp. To make reservations or for more information call 386-439-5003.
♦ Dec. 21: Rep. Paul Renner and Sen. Travis Hutson, who form Flagler County’s legislative delegation, will host the annual delegation meeting in board chambers at the Government Services Building in Bunnell to hear concerns and legislative wish-lists from local officials and residents, ahead of the 2017 legislative session. To get on the agenda, call 386/446-7644.

♦ Dec. 22: The All Flagler Democratic Club meets at the Palm Coast Community Center, 7-8:30pm. The first hour is devoted to a presentation featuring three losing Demovcratic candidates for office in the last election, who will speak on the theme of “What I learned Running For Office.” The discussion is moderated by Merrill Shapiro, and features Bill McCullough, who ran for a congressional seat, Doug Courtney, who ran for Clerk of Court, and John Brady, who ran for mayor of Palm Coast. The presentation will be followed by the business portion of the meeting. The public is invited regardless of party registration. Questions: call Sheila Zinkerman, interim president, at 904/451-0301. (See background on the previous meeting here.)
♦ Dec. 24: Musicians gather to play in remembrance of James Gamble Rogers IV, a renowned folk singer, entertainer and storyteller who gave his name to the Gamble Rogers Memorial State Recreation Area at Flagler Beach, where this event takes place, from 2 to 5 p.m. Musicians of all levels are encouraged to bring instruments and a chair to join the circle for a casual acoustic jam session. Instruments of all types are welcome but no power is available near the pavilion. Meet other musicians, practice or just have fun listening.
♦ Jan. 1: Start the new year off with a guided nature walk on the beautiful Joe Kenner Nature Trail at Gamble Rogers Memorial State Recreation Area at Flagler Beach. Gather at 11 a.m. What better way to begin 2017 than hiking the 3/4 mile nature trail as it meanders through the park’s gorgeous maritime hammock and scrub plant communities? The hike will last an hour and a half. All ages welcome. You can register for this program on Eventbrite.com.
♦ Jan. 7: Daytona State College Enrollment Saturday, 9 a.m. to 1 p.m., Wetherell Center (Bldg. 100), 1200 W. International Speedway Blvd., Daytona Beach. Students can take advantage of the one-stop events to complete everything from admission to registration and have a chance to win a $350 scholarship (Dec. 10 only) for a free class from the Daytona State Foundation. Students start by completing a Daytona State application, then meet with an Admissions Advisor and Financial Aid Counselor, take an assessment test (if applicable), meet with an Academic Advisor, and then lock in their schedule.
♦ Feb. 6: The great violinist Itzhak Perlman opens the 2017 season of the Amelia Island Chamber Music Festival with a 7:30 p.m. performance at First Baptist Church, 1600 South 8th Street in Fernandina Beach. Tickets here.
♦ Feb. 8: Jonathan Canales, the man accused of shooting his girlfriend in the neck and leaving her to bleed in a bathtub for hours in their Mondex trailer in Nov. 2014, is scheduled for a pre-trial at 1:30 p.m. in Courtroom 401 at the Flagler County Courthouse. Canales had been judged incompetent to stand trial previously.
♦ March 7: Bunnell and Flagler Beach hold their municipal elections.

"America elected a black man president, and about half the country proceeded to lose its goddamned mind." https://t.co/faOxaXUq8T pic.twitter.com/DvlYhAFkY7

Why so many U.S. manufacturers are putting up "Help Wanted" signs https://t.co/BIQadRPLlj

With a new crop of museums, the Emirates was supposed to be the cultural nexus of the Gulf. But at what human cost? https://t.co/LoPdFLGGXZ pic.twitter.com/BgiSqE0MHA

Beautiful article about one of the best films of the year. https://t.co/9Av7XLyPUb via @nybooks

The following is an update of ongoing permitting, construction and development projects in Palm Coast, through Dec. 2 (the city administration’s full week in review is here):