Today: Partly cloudy. Areas of dense fog in the morning. Visibility one quarter mile or less at times in the morning. Highs in the lower 70s inland…around 70 coast. Northeast winds 5 to 10 mph. Tonight: Partly cloudy. Lows in the upper 50s. Southeast winds 5 mph. Details here.
Drought Index is at 393.
Today’s tides: at the beaches, at the Intracoastal Waterway.
Today’s document from the National Archives.
The OED’s Word of the Day: yo-he-ho, n. (and int.).
The Live Community Calendar
Today’s jail bookings.

“Whoever shall maintain that wrong is done to heretics and blasphemers in punishing them makes himself an accomplice in their crime…. There is no question here of man’s authority; it is God Who speaks, and it is clear what law He would have kept in the Church even to the end of the world. Wherefore does He demand of us so extreme severity if not to show us that due honor is not paid Him so long as we set not His service above every human consideration, so that we spare not kin nor blood of any, and forget all humanity when the matter is to combat for His glory?”

–John Calvin, in defense of torturing, beheading and burning heretics (1556).

The Flagler County Commission meets at 9 a.m., board chambers at the Government Services Building in Bunnell. On the agenda: appointing a new member to the county’s economic development board. But commissioners will have to decide between former County Commissioner Barbara Revels and former Palm Coast City Council member Jason DeLorenzo. Revels was defeated by Commissioner Dave Sullivan after eight years on the commission–and after launching the economic development panel, as its chairman for six years. DeLorenzo was defeated in his bid to unseat Commissioner Charlie Ericksen. Revels and DeLorenzo have long been political allies. They’ll make it tough for the commission o pick an appointee, but if anyone has an inside track, it seems to be Revels.

Groundbreaking for the relocation and extension of Runway 11-29 at the Flagler County Airport, 1:30 p.m. at the airport.

Medical pot workshop: The Florida Department of Health’s Office of Compassionate Use will begin a series of workshops about carrying out a November constitutional amendment that broadly legalized medical marijuana in the state. (2 p.m., Duval County Health Department, 900 University Blvd. North, Jacksonville.) 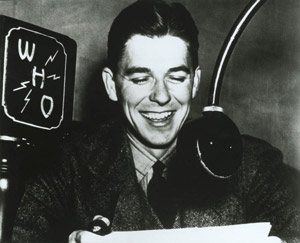 Mostly useless information: Women’s suffrage arrives in Britain on this date in 1918, but only for women 30 and older. Elizabeth II becomes queen of England in 1952, starting a reign that has lasted now 65 years and improbably prolonging a monarchy that should have been abolished a long time ago. Antoine Arnauld, the French mathematician, philosopher and Jansenist (a sort of mullah of his times), is born on this day in 1612 to torment Jesuits for many years thereafter. Babe Ruth was born in 1895 to torment legions of pitchers, the great pianist Claudio Arrau was born in 1903, and in 1911, Ronald Reagan was born to make Hollywood B movies great again. Let’ not mention that Eva Braun was born the following year. 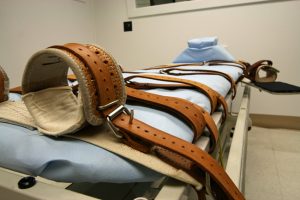 Unanimous juries in death sentences: The Senate Criminal Justice Committee will take up a bill (SB 280), filed by Chairman Randolph Bracy, D-Orlando, that would require unanimous jury recommendations before defendants could be sentenced to death. The Legislature passed a measure last year that required at least 10 of 12 jurors to recommend the death penalty, a departure from a longstanding law that required a simple majority. But the Florida Supreme Court in October ruled that jury recommendations must be unanimous for the death penalty to be imposed. (4 p.m.)

State colleges: The Senate Education Committee will consider a proposal (SB 374), filed by Chairwoman Dorothy Hukill, R-Port Orange, that would make numerous changes in the state college system. Among other things, the colleges would be put under a new governing board and would face new restrictions on offering baccalaureate degrees. (4 p.m.)

♦ Feb. 8: Jonathan Canales, the man accused of shooting his girlfriend in the neck and leaving her to bleed in a bathtub for hours in their Mondex trailer in Nov. 2014, is scheduled for a pre-trial at 1:30 p.m. in Courtroom 401 at the Flagler County Courthouse. Canales had been judged incompetent to stand trial previously.
♦ Feb. 8: Superwash Express, the car wash on 110 Cypress Point Parkway, marks its grand opening with a ribbon-cutting at 4 p.m. at the new business. The public is invited.
♦ Feb. 8: The National Marathon to Finish Breast Cancer is scheduled in St. Johns County.
♦ Feb. 10: The Flagler County School Board holds a special meeting to discuss the selection process of the next superintendent, 8 a.m. in Board Chambers at the Government Services Building in Bunnell.
♦ Feb. 23: County Administrator Craig Coffey is the speaker at the Flagler Chamber’s Common Ground Breakfast Series at the Hilton Garden Inn, in Palm Coast. Registration begins at 7:45 a.m., breakfast is at 8 a.m. $20 for members in advance. Email [email protected] or go here for more information. Details here and here.
♦ March 7: Bunnell and Flagler Beach hold their municipal elections.
♦ March 22: The boy Scouts Council holds its Golden Eagle Dinner at 6 p.m. at Hammock Beach Resort, honoring Bob Cuff, now a Palm coast City council member.

The GOP has no Obamacare bill. It does have a new buzzword: https://t.co/8Ha8jGIFZK pic.twitter.com/hXTuEfoMh8

“I feel completely ruined,” said a Somali refugee, after a week in limbo since Trump's travel ban https://t.co/Zcl4EYIqCa

Democratic civilization has turned out to be even more fragile than we imagined: https://t.co/XIA2uSfhgY pic.twitter.com/ETKphVrf8d

Trump confirmed what the opposition feared: he will run the country like a populist autocrat https://t.co/KfbJTaClcZ pic.twitter.com/4oAJHBxyiV