Today: Partly cloudy with a 20 percent chance of showers and thunderstorms. Highs in the lower 90s inland…in the upper 80s coast. East winds 10 to 15 mph. Heat index readings 98 to 102. Tonight: Partly cloudy. Lows in the mid 70s. East winds 5 to 10 mph. Details here.
Drought Index is at 42.
Today’s tides: at the beaches, at the Intracoastal Waterway.
Today’s document from the National Archives.
The OED’s Word of the Day: magna precaria, n..
The Live Community Calendar
Today’s jail bookings.

“”The mass never comes up to the standard of its best member, but on the contrary degrades itself to a level with the lowest. As the reformers say, it is a levelling down, not up. Hence the mass is only another name for the mob.”

In Court: Phillip J. Haire, the Palm Coast resident of London Drive accusing of shooting at a sheriff’s deputy and at his parents in early May, is scheduled for a pre-trial before Circuit Judge Dennis Craig in Courtroom 401 at 1:30 p.m. at the Flagler County Courthouse.

The Public Safety Coordinating Council meeting scheduled for 8:45 at the Emergency Operations Center in Bunnell has been cancelled.. 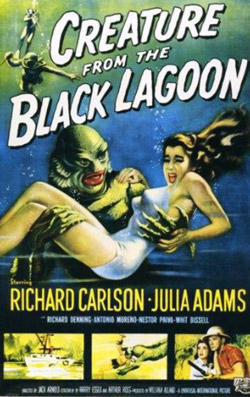 Creature of the Black Lagoon, a special movie presentation at 1 p.m. to mark the Flagler County Centennial, at the Flagler County Public Library, 2500 Palm Coast Pkwy, NW Palm Coast. Originally presented in 3-D, this movie follows a group of fossil-hunting scientists in the depths of the Amazonian jungle where a prehistoric amphibious beast lurks in its watery lair. They try to capture the animal and bring it back to civilization for study, but the creature escapes carrying off the lone female scientist back to its lair. NOTE: Marineland of Florida was one of several locations used for the making of this film.

President’s Volunteer Service Award: Sheriff Rick Staly, on behalf of the President of the United States, will be presenting the President’s Volunteer Service Award to 64 Flagler County Sheriff’s Citizens Observer Patrol (C.O.P.) volunteers at 2 p.m. at the Sheriff’s Operations Center, 901 E. Moody Blvd., Bunnell. The President’s Volunteer Service Award is the premier volunteer awards program, encouraging citizens to live a life of service through presidential gratitude and national recognition. To assist in serving the community, the Sheriff’s Office relies on volunteers. The C.O.P. program volunteers donated 31,845 hours of service to the community and investigated 729 minor traffic crashes in 2016. Based on the “Independent Sector” report, the value of their services was $7,527,938.00 in 2016.

The Palm Coast Leisure Services Advisory Committee meets at 5:30 p.m. at City Hall in Town Center. It will discuss capital projects, including Holland Park and the Community Center, and will discuss a citizens’ survey.

Cultural grants workshop: Palm Coast government holds a workshop at 7 p.m. to provide information to representatives of organizations wishing to apply for this year’s Cultural Arts Financial Assistance Matching Grant program. The workshop will be held at Palm Coast City Hall, 160 Lake Ave., and it is open to the public. The matching grant program is open to Palm Coast-based non-profit organizations. The grants must be used to fund cultural arts programs and/or events that are conducted within the City of Palm Coast. The workshop focuses on on the grant submittal process and timeline; completion of the grant application and the required information/documentation; the event and organization budget form; and provide general information about grant writing and grant funders. For more information, call Parks and Recreation at 386-986-2323.

'The memory of a normal day seemed so distant': Hear from @Reuters photographers on covering the battle for Mosul. https://t.co/magrsFVcyI pic.twitter.com/aSfavUIrvu

The GIF episode showed HanAssholeSolo what most of us know—our online lives are intricately woven into our real ones https://t.co/tp1pWssBWH

How Trump's "Miss Universe" in Russia became ensnared in a political inquiry https://t.co/BmqrArXOdH

In retrospect, there were some warning signs. pic.twitter.com/CT3jI9MuON

The Adventures of Henry Thoreau: A Young Man’s Unlikely Path to Walden Pond