Phillip Haire, the 19-year-old London Drive resident of Palm Coast accused of shooting at a Flagler County Sheriff’s deputy and in the direction of his own house and parents Monday has his first appearance, by video conferencing, before Flagler County Court Judge Melissa Moore-Stens in Courtroom 403 at 8:30 a.m. As is the routine for all first appearances, Haire will be conferenced in by live video from the Flagler County jail.

The Palm Coast Democratic Club meets at the African American Cultural Center on Rt. 1 in Palm Coast. Look for the white pyramid in front. Meet and greet at 6:30 p.m., meeting at 7.”Be there and bring friends and family,” says Club President Mike Cocchiola. “We’ll have speakers on our important Florida environmental issues. We like it here. We don’t want anyone polluting our air and water, killing our wildlife of flooding our shorelines because they don’t understand, don’t believe, or worse, don’t care. You all know who we’re talking about. We need to talk about this and take action as a club.”

Thursday, Saturday and Sunday: “John and Jen,” the musical, at City Repertory Theatre in Palm Coast, is the story of a brother and sister’s relationship over time. The first act portrays Jen and her brother John growing up in the 1950s and ’60s, and their increasing estrangement: As Jen falls under the spell of the counterculture and the Summer of Love, she morphs into a drug-dabbling hippie chick. John yields to the dominance – and abusiveness – of their stern father and joins the Navy, and he’s promptly shipped off to Vietnam. The second act flashes forward in time: Jen is a 20-something single mother raising her newborn son, whom she has named John after her brother. As son John grows up, Jen’s suffocating parenting threatens to alienate him and drive him away. The play closes out City Repertory’s season: at 7:30 p.m. Thursday and Saturday May 6, and at 2 p.m. Sunday May 7. Performances will be at City Marketplace, 160 Cypress Point Parkway, Suite 207B, Palm Coast. Tickets are $25 adults and $20 students with ID, available by calling 386-585-9415 or online at crtpalmcoast.com. 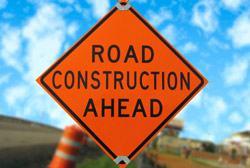 Crews have started roadwork to widen and resurface County Road 13 between U.S. 1 and County Road 205. The work is scheduled to finish before September 28. There will be brief, single-lane closures to accommodate the work. “It shouldn’t present too much of an inconvenience in the area, and we ask for your patience to keep the workers safe,” County Administrator Craig Coffey said. “In the long run, the upgrades to the roadway will benefit the residents of Espanola and those who use it to get to western Flagler County.”

The Florida Supreme Court is expected to release its weekly opinions. (11 a.m.)

Don’t believe the Liberals – there is no real choice between Le Pen and Macron | Slavoj Zizek https://t.co/GScJ9mze0s

The Red Sox are considering a possible lifetime ban for anyone caught making racist remarks at their ballpark. https://t.co/wajhtCOm5f

A Free Course from Yale on the U.S. Civil War: Because Trump Just Gave Us Another Teachable Moment https://t.co/u4MtlwL3Nd pic.twitter.com/CLTWXfxmkR

The following is an update of ongoing permitting, construction and development projects in Palm Coast, through April 26 (the city administration’s full week in review is here):