Weekend: Partly cloudy throughout, highs in the lower 90s, lows in the mid-70s. Details here.
Drought Index is at 78.
Today’s tides: at the beaches, at the Intracoastal Waterway.
Today’s document from the National Archives.
The OED’s Word of the Day: pensivehead, n..
The Live Community Calendar
Today’s jail bookings. 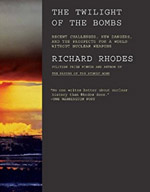 “Everyone has his own marker of when the Cold War ended. For Tom Graham it was the signing of the Conventional Forces in Europe Treaty in 1990, reducing the forces of NATO and the Warsaw Pact so that neither side could sustain an offensive war. For some of the Los Alamos and Livermore scientists who traveled to Russia to meet their long-hidden counterparts it was entering the gates of secret cities that had been black boxes for forty years. For millions around the world who watched the events on television it was the opening of the Berlin Wall, East Germans crowding through narrow checkpoints into West Berlin like prisoners released from their cells by a siege. The breakdown of the Soviet Union and its re-formation into a swarm of new states ended the long, ill-considered, profoundly dangerous nuclear-arms race between two nations that shared no common borders and ought to have found less hazardous ways to compete. Fortunately or unfortunately, the end of the Cold War also cast loose a crowd of client nations from the security of their alliances with the superpowers. Some would relinquish their nuclear ambitions across the next decade; some would renew them. And even as moderates moved to restrain nuclear arsenals further, the ideologues and warhorses of the Cold War cast about for new enemies to justify continuing the politics of threat inflation into the new age.”

–Richard Rhodes, from “The Twilight of the Bombs: Recent Challenges, New Dangers, and the Prospects for a World Without Nuclear Weapons.” 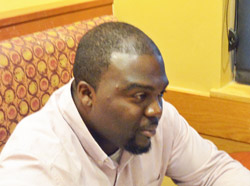 Friday: The Flagler County court system holds its 28th Drug Court Graduation, with featured speaker Jeff Dawsey, the Palm Coast Observer sports writer and columnist ending his career in journalism on July 18 to be an English teacher at First Baptist Christian Academy. He is the youth pastor at First Baptist Church. Dawsey has previously spoken about his previous life of dependence on drugs dealing. At 3 p.m. at the Flagler County courthouse, Courtroom 101.

Friday: Movie in the Park, 8:45 p.m. in Central Park at Town Center, 975 Central Ave., Palm Coast. Families will enjoy a family friendly movie on the park’s giant outdoor movie screen. Closed captioning is provided. This month’s feature: Secret Life of Pets (PG). Bring your blanket, lawn chairs and snacks and invite your friends and neighbors to join you at this free, monthly family activity offered by Palm Coast Parks & Recreation and Flagler Schools. 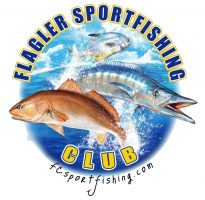 Saturday: The Flagler Sportfishing Club is sponsoring the 8th Annual Kids Fishing Clinic, along with Florida Fish and Wildlife Conservation Commission. At Bings Landing, 5862 N. Ocean Shore Blvd., Palm Coast, from 9 a.m. to noon. This is open to kids ages 5-15. There is a larger turnout each year. Children and teens will go through different “stations” and learn things such as: knot tying, cast net throwing, casting, proper fish handling, and so on. After completing all stations, fishing rods and reels will be given out to the first 200 kids. There is no cost, but each participant is asked to bring one non-perishable food item to go to the Food Pantry in Bunnell. Contact: Capt. Mike Vickers at (386) 569-9674 OR [email protected].

Saturday: Santa Hogs The Road Again Annual Poker Run, a fund-raiser for Christmas Come True: Registration at the Hilton Garden Inn, 55 Town Center Blvd., Palm Coast with five stops ending at the Beach Front Grille, 2444 S. Oceanshore Blvd, Flagler Beach, starting at 9 a.m., ending at 3 p.m. Christmas Come True has put a twist on the usual Poker Run to include a “Who Dun It” Kidnapping of Santa. Best five out of six cards with a clue at each stop. Travel the back roads of Flagler Conty and beyond while enjoying the games of the day. Complimentary breakfast at the Hilton Garden Inn. Kickstands up at 10 a.m. $20.00 per person, 4 wheel vehicles welcomed. Call Nadine King (386) 302-1290 or Christopher Hall (386) 931-2650.

Physicians on medical pot: A joint committee of the Board of Medicine and the Board of Osteopathic Medicine will hold a conference call related to a new medical-marijuana law. The law will carry out a November constitutional amendment that broadly legalized medical cannabis. (Friday, 10 a.m. Call-in number: 1-888-670-3525. Code: 1255287056).

The big lie Republicans tell about Obamacare: it's collapsing, imploding or exploding. It's not. https://t.co/IMKIzDhMpK

https://t.co/UrP3YtAJbn
Urgent! Please Tweet and/or Retweet this important WaPo column as widely as possible. Help get the word out ASAP.

A collection of North Korean stories and the mystery of their origins: https://t.co/GVXeVuUlN7 pic.twitter.com/ohjejbHM4S