Today: Partly cloudy. Highs in the upper 80s. East winds 5 to 10 mph. Tonight: Partly cloudy. Lows in the lower 70s. East winds 5 to 10 mph. Details here.
Today’s document from the National Archives and the Astronomy Picture of the Day.
Today’s tides: at the beaches, at the Intracoastal Waterway.
Drought Index16
The OED’s Word of the Day: rongorongo, n..
The Live Community Calendar
Today’s jail bookings.

“The feeling that you are stupider than you were is what finally interests you in the really complex subjects of life: in change, in experience, in the ways other people have adjusted to disappointment and narrowed ability. You realize that you are no prodigy, your shoulders relax, and you begin to look around you, seeing local color unrivaled by blue glows of algebra and abstraction.”

The Palm Coast City Council meets in workshop at 9 a.m. at City Hall in Town Center. The council is discussing an $888,000 contract for stormwater drainage improvements, and approving changes to its contract with one of the city’s labor unions.

Vacation rentals: The Senate Community Affairs Committee will hold a workshop about regulation of vacation rental properties, reopening the possibility of rolling back local regulation of the industry that Flagler County government spearheaded in 2014. (10 a.m., 301 Senate Office Building, the Capitol.)

The Flagler County Planning and Development Board meets at 6 p.m. in Board Chambers at the Government Services Building, 1769 E. Moody Blvd., Bldg. 2, first floor, Bunnell. The board hears a series of related, controversial development proposals for the Matanzas Shores area, that local residents largely oppose.

A meeting of the Flagler Sheriff’s Domestic Violence task force is scheduled for 10 a.m. at the Sheriff’s Office, 901 E. Moody Blvd. Bunnell. At the last meeting each committee spokesperson gave a presentation of the draft report from their respective committees. Finalized drafts are expected at this meeting.

Guns and the NRA: If you think prayers are not enough, join your fellow Resistors to write postcards to Senators and members of Congress to demand better gun control legislation in the face of renewed NRA opposition to sane policies. The event is organized by Indivisible Flagler: “We have plenty of postcards and stamps so just bring yourself and lunch if you don’t want to purchase lunch there. Coffee, lattes and more. Come and resist with us. We are victims of inaction. This is a political choice we make.” 11:30 a.m. to 1 p.m. at Fair Trade Cafe, 160 Cypress Pt Pkwy, Bldg D, Unit 102, Palm Coast. 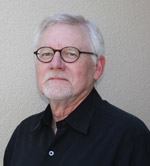 Stetson University hosts esteemed Woodrow Wilson Fellow Dwight Pitcaithley in a presentation of “The National Park Service after 100 Years: A Historian’s Reflections on Mission, Challenges, and Opportunities.” The free event is open to the public at 7 p.m. in the Marshall & Vera Lea Rinker Welcome Center, 529 N. Woodland Blvd., DeLand, Florida, 32723. Pitcaithley’s presentation will highlight the challenges and changes in the National Park Service over more than a century, including the park’s role as an educational institution and federal policies that affect its work. Pitcaithley has published numerous articles and book chapters pertaining to public memory, the role of historic sites in public education and the public interpretation of the causes of the Civil War.

U.S. CAPITOL STATUE DISCUSSED: The House Government Accountability Committee will consider a proposal (HB 139), filed by Rep. Patrick Henry, D-Daytona Beach, and Rep. Tom Leek, R-Ormond Beach, that would replace a likeness of Confederate Gen. Edmund Kirby Smith at the U.S. Capitol with a statue of civil-rights leader Mary McLeod Bethune. Each state is allowed two representatives at the National Statuary Hall at the U.S. Capitol, with Florida long represented by Smith and John Gorrie, widely considered the father of air conditioning. State lawmakers in 2016 voted to replace the statue of Smith but have not decided on who should represent Florida. (9:30 a.m., Morris Hall, House Office Building, the Capitol.)

PANEL PROBES BAEZ RESIDENCY: The House Select Subcommittee on Member Conduct will delve into allegations that Rep. Daisy Baez, D-Coral Gables, has lived outside her district. (9:30 a.m., 216 Capitol, the Capitol.)

DIRECT PRIMARY CARE DEBATED: The Senate Banking and Insurance Committee will consider a bill (SB 80), filed by Sen. Tom Lee, R-Thonotosassa, that would clear the way for doctors and patients to enter into “direct primary care” agreements. Under direct primary-care agreements, patients would make regular payments to physicians to cover routine care, cutting out the role of insurers. The bill would make clear that the agreements are not insurance and are not subject to regulation under insurance laws. (10 a.m., 110 Senate Office Building, the Capitol.)

DEMOCRATS RELEASE HURRICANE PLAN: House and Senate Democrats will hold a news conference to discuss a package of proposals dealing with hurricane preparation and recovery from Hurricane Irma. (Noon, fourth floor, the Capitol.)

SCHOOL IMPROVEMENT ON AGENDA: The House Education Committee will receive an update from the Department of Education about implementation of rules and policies related to school improvement. (12:30 p.m., 212 Knott Building, the Capitol.)

RESIGN TO RUN DEBATED: The Senate Ethics and Elections Committee will take up a bill (SB 186), filed by Sen. Travis Hutson, R-St. Augustine, that would require state and local officeholders to resign if they qualify to run for federal offices. (2 p.m., 412 Knott Building, the Capitol.)

HISPANIC CHAMBER BACKS PUERTO RICAN EVACUEES: The Florida State Hispanic Chamber of Commerce will hold a news conference to discuss the need for the state to welcome evacuees from Puerto Rico after Hurricane Maria. Participants in the news conference are expected to include Rep. Rene Plasencia, R-Orlando. (10 a.m., fourth floor, the Capitol.)

On today's Daily: the battle inside the ACLU over free speech, hate speech and white nationalism: https://t.co/5XfEbUih6m

Standing Rock is connected to a series of brutal century-old murders. #IndigenousPeoplesDay https://t.co/tbLv3z4jrF