Today: Partly cloudy. A 20 percent chance of showers and thunderstorms in the afternoon. Highs in the mid 80s. East winds 5 mph. Tonight: Partly cloudy in the evening then becoming mostly cloudy. Lows in the mid 60s. Southeast winds 5 mph shifting to the southwest after midnight. Details here.
Today’s document from the National Archives and the Astronomy Picture of the Day.
Today’s tides: at the beaches, at the Intracoastal Waterway.
Drought Index: 259
The OED’s Word of the Day: anthropocentrism, n..
The Live Community Calendar
Today’s jail bookings.

“Saied stirred the sugar from his cup’s bottom. ‘Do you know about the man who asked his doctor for a long life?’ Athid and Haris said nothing. ‘The man said: I wish to grow very old. The doctor asked him if he drank. No, he said, not a drop. How much do you eat? Very little, said the man, and always in moderation. Do you smoke? He told the doctor never. And women? I don;t touch them, said the man. Then the doctor shook his head, confused, considering all he’d been told. Turning to this pious man, he asked a last question: So why is it you want to live?”

The Tourist Development Council meets at 10 a.m. in board chambers at Government Services Building, Bunnell.

The Flagler Education Foundation leads one of its bi-monthly free tours of the school district’s Classroom to Careers Flagship Programs. Each public school offers a unique Flagship Program, which allows students unique opportunities to discover paths that lead them from the classroom to career success. The tours visit one or two schools at a time, with student ambassadors that take the group on a guided tour of their programs. Community members are able to interact with the students, the Education Foundation, and school staff to ask questions about the programs. The goal is to inform the public of the programs students participate in from Kindergarten through high school. There are currently 23 programs spread over all nine traditional public schools. Anyone interested in participating may contact the Education Foundation’s Shelley Wheeler at [email protected] or 386-437-8929 x1123, for the time and location to meet. Per school safety guidelines everyone will need to bring a picture ID to enter the schools. Today’s tours: Buddy Taylor Middle School’s agronomy, engineering and biotech program at 9:30 a.m., followed by Wadsworth Elementary’s STEM program at 10:30 a.m.

Flagler Wetlands Restoration: The St. Johns River Water Management District will holds the second of two community meetings on the Flagler County Wetland Restoration Project, designed to increase the amount of wetland area. 5:30 p.m. at Santa Maria del Mar Catholic Church, 915 N Central Ave, Flagler Beach. See the webpage, www.sjrwmd.com/facts/flagler-wetland-restoration-project/, updating the project. For input, write at [email protected] The wetland restoration project will consist of moving piles of spoil back into man-made ditches and grading the material to the elevation that matches nearby remnants of natural wetland. The project will return dozens of acres of ditches and spoil piles to functional wetland that will yield food for fish and wildlife, filter and clean water, and provide other benefits.

The Old Kings Elementary School Advisory Council meets at 4 p.m. at the school’s media center, the PTO meets at 5 p.m. 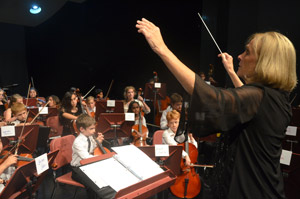 The Flagler Youth Orchestra’s five ensembles are all in concert in the Fall For Strings Concert at the Flagler Auditorium at 7 p.m. The orchestras add up to some 400 students in Flagler County schools, performing music in ensembles broken down by skill level. Performances will include music of Holst and Mozart. Adult tickets are $8, kids are $3 (including ticketing fees). Tickets are available online at the Flagler Auditorium, by phone (386-437-7547) or in person at the Auditorium box office, 5500 East Hwy 100, Palm Coast.

American Immigration Attorneys moves its offices down the road to a new location in Bunnell. They mark the occasion with the Flagler County Chamber of Commerce, with an open house and ribbon cutting from 5 to 7 p.m. The public is invited.
The new address is 608 E. Moody Blvd Bunnell, between the Bunnell Post Office and The Chicken Pantry Restaurant. They were formerly at 1410 E Moody Blvd, Bunnell for two years. This location is 1,600 sq. ft., vs. 1,300 sq ft at the former location.

Stetson Jazz Ensemble, Patrick Hennessey, director. The Stetson Jazz Ensemble presents a program as varied as the whims of fall, beginning with the rhythmic fascinations of George Gershwin, an “Invitation” for “Alexander’s Ragtime Band” to the stage, and wrapping up the evening with a classic powerhouse from the genius of Leonard Bernstein, “Prelude, Fugue and Riffs.” Selections from the Count Basie Orchestra, Rob McConnell and his Boss Brass, the Stan Kenton Orchestra, Gordon Goodwin’s Big Phat Band and the Toshiko Akiyoshi-Lew Tabackin Big Band will also highlight the performance. 7:30 p.m. Athens Theatre, DeLand. 124 N. Florida Ave., DeLand. 386-822-8950. Admission: $10 adults, $5 youth and students and free for ages 12 and under. Tickets are available at the door or at www.stetson.edu/music-tickets. 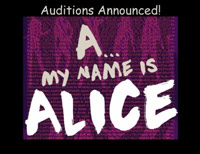 NURSING HOME RECORDS CASE ARGUED: The 1st District Court of Appeal will hear arguments in a public-records dispute between the Florida Department of Health and a Broward County nursing home where residents died after Hurricane Irma in 2017. Leon County Circuit Judge Terry Lewis this spring ordered the department to turn over thousands of death certificates to The Rehabilitation Center at Hollywood Hills. That came after the nursing home filed a lawsuit in January alleging that the department had improperly refused to provide copies of death certificates for people across the state from Sept. 9, 2017, through Sept. 16, 2017 — a period that included Hurricane Irma and its immediate aftermath. An attorney for the nursing home indicated during a hearing before Lewis that the facility is seeking the addresses of locations where other people died during and after the massive storm. Lewis agreed with the facility that the death certificates should be released. The legal fights are rooted in the nursing home’s loss of its air-conditioning system Sept. 10, 2017, as Hurricane Irma pounded the state. The outage created sweltering conditions that resulted in the facility being evacuated Sept. 13, and authorities have attributed resident deaths to the problems at the home. The state suspended the nursing home’s license to operate and has moved to revoke the license. (Tuesday, 9 a.m., 1st District Court of Appeal, 2000 Drayton Dr., Tallahassee.)

AMENDMENT 4 BACKERS GATHER IN ORLANDO: The Florida Rights Restoration Coalition will host an election-night party in Orange County. The group has led efforts to pass a proposed constitutional amendment, known as Amendment 4, that would automatically restore the voting rights of most felons after they have completed their sentences. (Tuesday, 7 p.m., DoubleTree by Hilton Hotel Orlando at SeaWorld, 10100 International Dr., Orlando.)