Weekend: Cloudy Friday and Saturday with periods of rain, highs in the 60s Friday, 50s Saturday and Sunday. Sunny Sunday. Lows in the mid-040s Friday night, when it’ll certainly rain, in the mid to lower 30s Saturday and Sunday night. Details here.
Today’s document from the National Archives and the Astronomy Picture of the Day.
Today’s tides: at the beaches, at the Intracoastal Waterway.
Drought Index88
The OED’s Word of the Day: ab aeterno, adv..
The Live Community Calendar
Today’s jail bookings.

—John Lennon was shot 37 years ago Friday outside the Dakota building on Central Park West in New York.

Free For All Fridays on WNZF: Host David Ayres welcomes Florida Hospital Flagler CEO Ron Jimenez to discuss the future of health care in Flagler, and the Free Clinic, starting a little after 9 a.m. with a commentary by FlaglerLive Editor Pierre Tristam on the gay wedding cake case the Supreme Court heard this week. 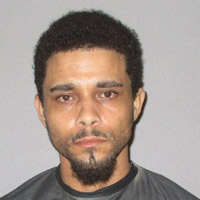 Friday: In Court: A trial before Circuit Judge Dennis Craig is scheduled in the case of George Wood, 31, a resident of 15 Pineland Lane in Palm Coast, who faces charges of armed burglary, escape, grand theft and possession of a weapon by a convicted felon, in an incident alleged to have happened during the Hurricane Matthew emergency, on Utility Drive in Palm Coast. If convicted, Wood faces up to 30 years in prison. Wood has served three different stints in Florida state prison for grand theft and fleeing from police, theft, trafficking in stolen property and other charges. He was last released in February 2014. He’s been at the county jail awaiting trial since his March arrest. Assistant State Attorney Joe LeDonne is prosecuting the case. Wood is represented by Assistant Public Defender Regina Nunnally, in Courtroom 401 starting at 9 a.m., Flagler County Courthouse.

Friday: In Court: Former state Rep. Dwayne Taylor, a democrat from Daytona Beach who had also served as a city councilman there, will be sentenced after being convicted on wire-fraud charges stemming from allegations that he improperly used campaign money. 9 a.m., U.S. Courthouse, 401 West Central Blvd., Orlando.

Friday, Saturday: Community Chorus of Palm Coast Holiday Concert: Under the direction of Community Chorus of Palm Coast’s new Choral Director, Jens Oliva, the CCPC members will be performing the Magnificat by Pergolesi with an instrumental ensemble and other festive music. This delightful program is certain to entertain everyone. Friday at 7 p.m., Saturday at 4 p.m., at Trinity Presbyterian Church, 156 N. Florida Park Drive in Palm Coast. Donations are welcome. Phone 386-986-8899 or go to www.communitychorusofpalmcoast.com for more information. 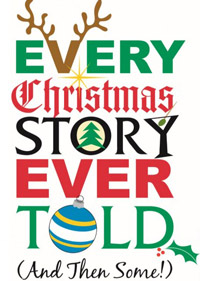 Friday, Saturday: Every Christmas Story Ever Told, and Then Some, the annual Flagler Playhouse fundraiser, starring Playhouse favorites, Bruce Popielarski and Rich Lacey, and newcomer Steve Andrews, the show is about three actors who decide to perform a mash-up of every Christmas story ever told – plus Christmas traditions from around the world, seasonal icons from ancient times to topical pop-culture, AND every Christmas carol ever sung. Their hilarious antics will get you in the Christmas spirit, AND you’ll be helping us to provide quality theatrical entertainment at Flagler’s own Community Theatre. Friday at 7:30 p.m., Saturday at 7:30 p.m. Tickets are $25. Book online at FlaglerPlayhouse.com, or call the box office at 386-586-0773.

Friday, Saturday, Sunday: Cirque Italia: Cirque Italia, the first traveling Water Circus, introduces a second unit, the Gold Unit: a luxurious experience where technology and preforming arts are mixed to create a one-of-a-kind show. This new performance will feature an ultra-modern water curtain that controls every droplet of water meticulously. Cirque Italia is ready to provide a breathtaking experience. This new stage by itself is enough to amaze the most demanding audience, and synchronized with the most creative display of superhuman talent – the result is simply out of this world. Whether it’s a futuristic laser act or mesmerizing aerial performances, the show has something for all tastes and expectations. One thing Cirque Italia sets out to accomplish is to create a type of world-class entertainment suitable for all age groups. This new second unit also follows the same strict animal-free policy that makes the Water Circus stand out from other circus entertainment shows. At: Town Center – across from Epic Theatres of Palm Coast. You can purchase tickets through our website (cirqueitalia.com/tickets) or by phone: (941) 704-8572. Ticket prices range from $10 to $50 per person. Shows:
· Friday: 7:30pm
· Saturday: 1:30pm, 4:30pm & 7:30pm
· Sunday: 1:30pm & 4:30pm

Saturday: Kitten Adoption from 10 a.m. to 3 p.m. at PetSmart in the Target shopping center, Palm Coast. The adoption event is organized by Community Cats of Palm Coast. “All have been rescued, raised in foster homes, vaccinated, tested and spay/neutered. If you think you may want to adopt, consider contacting us to be pre-approved,” organizers say. See their Facebook page here.

Saturday: Live Like Cameron Foundation presents Holiday of Hope: The Live Like Cameron Foundation will hold its first fundraiser from 10 a.m. to 4 p.m. Saturday, Dec. 9, at the Florida Agricultural Museum. The craft fair will include games, barbecue, raffles and photos with Santa. There will also be toy collections for Sadie’s Stockings Toy Drive, and monetary donations will be accepted for another child’s local blanket drive. Florida Agricultural Museum, 7900 N Old Kings Road Palm Coast. 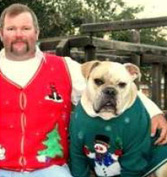 Saturday, Sunday: “The Messiah” Presented at the First Church of Palm Coast, 4 to 6 p.m. The First Church Ensemble will perform the oratorio at the First Church of Palm Coast, pastored by the Rev. Gillard S. Glover. “The Messiah” will be conducted by Dr. Samuel Shingles, director of Choral Activities at the Paxon School for Advanced Studies. Dr. Shingles is formerly dean of Arts and Sciences, department chair of Music, and choir director at Edward Waters College. The performance will begin 4 p.m.. A suggested $20 donation per person will defray the cost of the production. First Church, located at 91 North Old Kings Road, Palm Coast, can be contacted at 386-446-5759.

Saturday, Sunday: Home for the Holidays: The Flagler County Association of REALTORS invites you to the third annual Home for the Holidays. This event will be held Saturday and Sunday from 1 to 4 p.m. This is an open house weekend event that will feature available homes throughout Flagler County decorated with heartwarming ornaments and delicious holiday treats to get you in the holiday spirit. Join us and enter drawings with lots of great prizes. The more homes you visit the more chances to win. For more information go to our website www.flaglercountyrealtors.com and find yourself a ho-ho-home for the holidays.

Saturday: Flagler Art & Wine Shuttle: The shuttle will run between Flagler Beach and Palm Coast’s Hammock between noon and 6 p.m. , allowing registered guests to visit different art venues along the 15-mile route. Everyone will be able to get on and off the vans at designated stops. Riders can always take the next van as it comes by. What a great way to spend a December afternoon! Art, wine, snacks, music, and great people. Save the date and stay tuned for updates. Tickets are $25 each at Ocean Art Gallery, 206 Moody Blvd. (SR 100), Flagler Beach. visit the following eight art venues: Ocean Art Gallery, Gallery of Local Art, SeaCasas, The Baliker Gallery, Art LaMary Studio, Hammock Wine & Cheese, Grand Living Realty Design Center and Daytona State College Art Center. Seewww.FlaglerOceanArtGallery.com/Shuttle or call 386-693-4882.

Saturday: Palm Coast’s Starlight Parade in Central Park, with events starting at 4 p.m. with the pre-parade Starlight Event, until close to 7 p.m. That pre-parade event features live entertainment, including music and games by DJ Vern, music by students from Old Kings Elementary School and the Flagler Palm Coast High School Formality Singers, and the VertiFit Aerial Arts Show, an acrobatic performance from the ground up. There will be visits with Santa (bring your own camera for photos) and free children’s activities, including Letters to Santa, a kid’s coloring table, and a Christmas wish list station. A sand art craft will be available for a small fee. Parks & Recreation will offer an Expo with a tennis demonstration, a mini-nature/fitness walk around the lake, and a Teddy Bear Picnic story. The parade itself gets under way at 7 p.m.

Saturday: Harlem Globetrotters World Tour comes to the Ocean Center in Daytona Beach at 4 p.m. A star-studded roster will have fans on the edge of their seats to experience the ball handling wizardry, basketball artistry and one-of-a-kind family entertainment that thrills fans of all ages. Prepare to be amazed as the Globetrotters showcase basketball’s first 4-point line, located 30 feet from the basket – 6 feet, 3 inches beyond the top of the NBA’s current 3-point line. You won’t want your family to miss it! Experiencing the Globetrotters is even better live. The best seats sell out fast; buy your tickets now. Tickets range from $18 to $75. For more information, visit www.harlemglobetrotters.com.

Sunday: Holiday in the Gardens at Washington Oaks Garden State Park, from 10 a.m. to 4 p.m. Free admission with an unwrapped toy or canned good donation leads you to live entertainment, photos with Santa, children’s arts and crafts, tea with Mrs. Claus (ask her why the sexism: why is Mr. Claus still the one with all the gifts?) There’s also a plant sale, holiday vendors and other goodies. Contact 386/446-6783.

Ongoing: the 12th Annual Fantasy Lights Festival at Central Park in Palm Coast’s Town Center, hosted by the Rotary Club of Flagler County: 6:30-9 p.m. each night. Fantasy Lights is a free, self-guided walking tour around Central Park with 40 large animated light displays, festive live and broadcast holiday music, holiday snacks and beverages. A favorite for the kids is Santa’s Village with a collection of elf houses festively painted and nestled among the lights, warm fire to roast marshmallows or create s’mores, and encircling the village is Santa’s Merry Train Ride.

REVENUE ESTIMATING CONFERENCE MEETS: The Revenue Estimating Conference will hold what is known as an â€œimpactâ€ conference. (Friday, 9 a.m., 117 Knott Building, the Capitol.)

Fentanyl made up 65 percent of the agency’s opioid identifications in the second quarter of this year.https://t.co/PH8bFNWm6W

"So far as we love seriousness, as well as life," Susan Sontag wrote, "we are moved by it, nourished by it.” But what does it mean to love seriousness? https://t.co/wuNA3zF4fG