Monday: Breezy. Mostly cloudy. Chance of showers in the morning, then slight chance of showers in the afternoon. Highs in the lower 70s. North winds 15 to 20 mph with gusts to 35 mph. Chance of rain 30 percent. Tonight: Partly cloudy. Lows in the upper 50s. North winds 10 to 15 mph. Details here.
Today’s document from the National Archives and the Astronomy Picture of the Day.
Today’s tides: at the beaches, at the Intracoastal Waterway.
Drought Index166
The OED’s Word of the Day: devil dog, n..
The Live Community Calendar
Today’s jail bookings.

“The Universe has as many different centers as there are living beings in it. Each of us is a center of the Universe, and that universe is shattered when they hiss at you: “You are under arrest.”

–Alexander Solzhenitsyn, from “The Gulag Archipelago, I” (1974). [Click on the image or the link to buy the book]

The Palm Coast City Council meets in workshop at 9 a.m. at City Hall in Town Center. The council, in a relatively limited agenda, will discuss transportation impact fees, the one-time levy paid by residential and commercial developers to defray the impact of development on roads.

The Flagler County Planning and Development Board meets at 6 p.m. in Board Chambers at the Government Services Building, 1769 E. Moody Blvd., Bldg. 2, first floor, Bunnell. The board is considering a series of special use applications for telecommunication towers.

Monthly club meeting of the Flagler Sportsfishing Club at 7 p.m. at the VFW, 47 Old Kings Rd N, Palm Coast. The guest speaker is Norm Manley, currently employed by Towboat US, and has been since 2007. He’s the guy you may see out and about in the red boat pulling people off of sand bars, delivering fuel to people who may have run out, and even pulling boats off lawns after a hurricane. He will be giving a boating hurricane update (including showing boating aftermath of hurricanes Matthew and Irma), as well as presenting personal boating safety experiences. He is a United States Coast Guard licensed Captain (50 ton Master) with a towing endorsement. He has also been a member of the Flagler Sportfishing Club since 2006. Norm will also be hosting the Quick Tips seminar at 7:15 p.m., prior to the meeting. The topic will be “Tying a cleat hitch to secure your boat quickly and safely.” 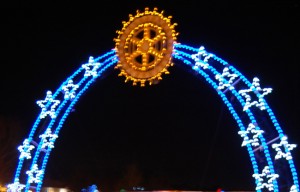 UNDERGROUND POWER LINES AT ISSUE: The Senate Communications, Energy and Public Utilities Committee will take up a bill (SB 494), filed by Sen. Tom Lee, R-Thonotosassa, that would make clear the Florida Public Service Commission has “exclusive jurisdiction” to decide whether underground transmission lines are required for power-plant projects. The proposal stems, at least in part, from a 2016 decision by the 3rd District Court of Appeal in a dispute between Florida Power & Light and local governments about transmission-line issues in Miami-Dade County. (Tuesday, 2 p.m., 301 Senate Office Building, the Capitol.)

GUNS AT RELIGIOUS INSTITUTIONS CONSIDERED: The Senate Judiciary Committee will consider a proposal (SB 274), filed by Sen. Kelli Stargel, R-Lakeland, that would allow people with concealed-weapons licenses to carry guns while at private schools on the grounds of religious institutions. Outside of law-enforcement officers, state law prohibits people from carrying guns at schools. (Tuesday, 2 p.m., 110 Senate Office Building, the Capitol.)

PASSENGER RAIL CHANGES WEIGHED: The Senate Transportation Committee will take up a bill (SB 572), filed by Sen. Debbie Mayfield, R-Rockledge, that would lead to the state overseeing aspects of high-speed rail. The proposal is an outgrowth of controversy about the Brightline rail service, which is planned to connect Miami and Orlando. (Tuesday, 2 p.m., 401 Senate Office Building, the Capitol.)

LOBBYIST REPORTS DUE: Lobbying firms face a Tuesday deadline for filing reports that provide information about compensation from July 1 to Sept. 30.

Amazon confirms that it is opening a bookstore 1,000 feet away from the big Barnes & Noble closing up in the DC suburb of Bethesda, MD. https://t.co/VzcUOdPBVb

SCOOP: Turns out Donald Trump, Jr. corresponded with Wikileaks during the 2016 presidential campaign. My latest. https://t.co/pVGEBqmB9O

No, capitalism is not "a coercive economic system that creates persistent patterns of economic deprivation." It's a system of voluntary exchange that has led to the greatest reduction in poverty the world has ever seen. https://t.co/PxqPzIiArW pic.twitter.com/KdTGLgKS6X

Natural gas has no climate benefit and may make things worse https://t.co/3hNIaS1vLm pic.twitter.com/HrtfBNEQiO