Today: Mostly cloudy in the morning, then partly cloudy with showers likely and chance of thunderstorms in the afternoon. Highs in the upper 80s. South winds 10 to 15 mph. Chance of rain 70 percent. Tonight: Mostly cloudy. Chance of showers and slight chance of thunderstorms in the evening, then slight chance of showers and thunderstorms after midnight. Lows in the mid 60s. Southwest winds 5 mph. Chance of rain 50 percent.
Today’s document from the National Archives and the Astronomy Picture of the Day.
Today’s tides: at the beaches, at the Intracoastal Waterway.
Drought Index: 166
Merriam-Webster’s Word of the Day: sashay.
The Live Community Calendar
Today’s jail bookings.

“The cause of my life has been that of combating superstition, which among other things means confronting the dreads upon which it feeds.”

–From Christopher Hitchen’s “Hitch-22: A Memoir.”

The Bunnell City Commission meets at 7 p.m. at City Hall, 201 West Moody Boulevard, Bunnell. Three commissioners take their oath of office, two of them for the first time: Jan Reeger and Donnie Nobles, along with Bill Baxley, who won re-election. Retiring Commissioner Elbert Tucker will be recognized.

Rockin’ Dolphin Spring Concert Series. Come out and enjoy live music at Marineland There will be live bands playing from noon to 3 p.m. Local food trucks will be onsite with great food for purchase. 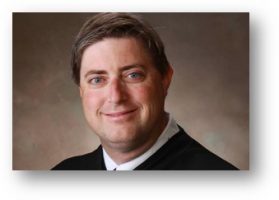 Veteran Court: Daytona State College’s Student Paralegal Association (SPA) in conjunction with the Veterans Club will host Judge Bryan A. Feigenbaum at 12:30 p.m., to address services provided by the Volusia County Veterans Court. The SPA meeting, open to the public, will be held on DSC’s Daytona Beach Campus, 1200 W. International Speedway Blvd., in Nunamann Hall, room 411. Veterans courts follow a positive, authoritative model to assist veterans with resolving legal matters while linking veterans to services to which they are entitled. An initiative in the 7th Judicial Circuit, the “Judge David B. Beck Veterans Court” was founded in 2013 and designed to focus on the distinctive needs of veterans in the criminal justice system. Judge Beck served in the U.S. Army in the 1970s, attaining the rank of first lieutenant, and as a judge, he saw a need for a program to focus on the particular needs of veterans. He served as a Volusia County Court Judge and a Circuit Judge until his retirement in 2014. In addition, touching on the subject of post-traumatic stress disorder, Angela First, from the Orlando VA Medical Center will present about offenses triggered by PTSD being the reason many veterans have contact with the court system. First is a Licensed Clinical Social Worker who has worked for the VA for over seven years. In her current position as Veterans Justice Outreach Specialist, First works with the court system, the County jail, and provides training on PTSD and TBI to a variety of audiences.

The contractor continues installing a new water main along the west side of S.R. A1A. The contractor is moving north through the project clearing the area and removing existing sidewalk in preparation for the pipe installation. In the coming week, the contractor also will begin taking up the existing roadway to begin installation of the French drains.

The contractor has completed more than 200 of the approximately 1,800 piles that need to be drilled to create the secant wall.

Construction activities will continue during daylight hours Monday through Saturday. The contractor is requesting that spectators stay off the shoulders and out of the work zone for safety. Drivers need to obey the 25-mph speed limit and remember that parking is not allowed on the shoulder. 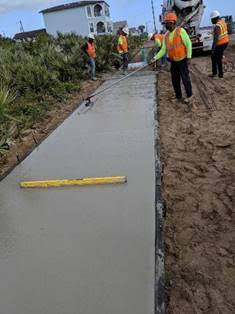 Flagler County Art League’s 8th Annual Poetry Competition: All poets are invited to participate in the 2019 Flagler County Art League National Poetry Month Competition, to run concurrently with our April Art Show. The competition will have an open theme. There will be a $25 prize for the first -place poem, a $15 prize for second place, and a $10 prize for third place. Entry fee is $3 for one poem, $5 for two. Winners are announced and can read their entries during our show opening, April 13, 6-8 p.m. Register here. The judge is Benjamin K. Atkinson, PhD, prestigious poet active in Ancient City Poets of St. Augustine and other northeastern Florida venues.

PARENTAL CONSENT CONSIDERED: The Senate Health Policy Committee will consider a proposal (SB 1774), filed by Sen. Kelli Stargel, R-Lakeland, that would require parental consent before minors can have abortions. The controversial proposal would be more restrictive than a current law requiring parents to be notified before minors have abortions. (Monday, 12:30 p.m., 412 Knott Building, the Capitol.)

DEREGULATION PROPOSALS PITCHED: The Senate Commerce and Tourism Committee will take up a bill (SB 1640), filed by Sen. Ben Albritton, R-Wauchula, that would eliminate or reduce regulations on several types of professions, including interior designers, hair braiders and auctioneers. (Monday, 1:30 p.m., 110 Senate Office Building, the Capitol.)

CONSTITUTIONAL AMENDMENTS AT ISSUE: The House State Affairs Committee will take up a proposal (HJR 57), filed by Rep. Rick Roth, R-Loxahatchee, that would make it harder to pass constitutional amendments. Under the proposal, two-thirds of voters would have to approve amendments, up from the current 60 percent. (Monday, 2 p.m., Morris Hall, House Office Building, the Capitol.)

INSURANCE ‘TRAIN’ HEARD: The Senate Banking and Insurance Committee will take up a bill (SB 714), filed by Sen. Jeff Brandes, R-St. Petersburg, that addresses a wide range of insurance issues, a type of bill known as a legislative “train.” The bill deals with issues ranging from property insurance to life insurance. (Monday, 4 p.m., 412 Knott Building, the Capitol.)

AMENDMENT 4 AT ISSUE: The Senate Judiciary Committee will take up a bill (SB 7086) that would carry out Amendment 4, a November ballot measure designed to restore the voting rights of felons who have fulfilled their sentences. Critics of the bill say it includes provisions that would effectively disenfranchise felons. (Monday, 4 p.m., 110 Senate Office Building, the Capitol.)

Here’s a summary of the latest city developments as of March 29, 2019, with a link to the full week in review here.