Today:: Mostly cloudy. A 20 percent chance of showers in the afternoon. Highs in the upper 70s. Southeast winds 5 to 10 mph. Tonight: Mostly cloudy with chance of showers and slight chance of thunderstorms in the evening, then partly cloudy after midnight. Lows in the lower 60s. South winds 5 to 10 mph. Chance of rain 50 percent. Details here.
Today’s document from the National Archives and the Astronomy Picture of the Day.
Today’s tides: at the beaches, at the Intracoastal Waterway.
Drought Index: 92
Merriam-Webster’s Word of the Day: prestigious.
The Live Community Calendar
Today’s jail bookings.

In Court: A new trial enters its third day in the case of Michael Bowling, the 47-year-old Palm Coast man accused of molesting a 15-year-old girl in a closet during a sleep-over, as the girl was visiting her friend–Bowling’s step-daughter. The prosecution likely concludes its case today, starting at 9 a.m. in Courtroom 401 at the Flagler County courthouse. Bowling also faces accusations of raping his step-daughter, but those charges are to be tried separately. Bowling was tried on just the molestation charges in December. The trial ended in a mistrial.

The Tourist Development Council meets at 10 a.m. in board chambers at Government Services Building, Bunnell.

The Flagler County Contractor Review Board meets at 5 p.m. in board chambers at the Government Services Building, Bunnell.

The Palm Coast Planning Board meets at 5:30 p.m. at City Hall in Town Center. The board reviews the technicalk site plan for a new assisted living facility, called Azure, consisting of 111 units with 116 beds. The project is proposed for construction on a vacant 5-acre site at 144 Cypress Point Parkway, which is about 400 feet east of Pine Cone Drive on the south side of Cypress Point Parkway and directly west of the City Market Place. This assisted living and memory care facility will be constructed as a three-story building comprising 94,620 square feet. City staff recommends approval. 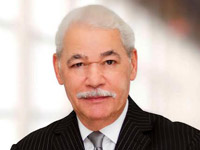 Harlem Renaissance, a program presented by the African American Entrepreneurs Association as part of Black History Month, featuring speaker George Fraser, chairman and CEO of FraserNet, a company he founded over 30 years ago to lead a global networking and economic development movement for people of African descent. He spent 20 years in leadership positions with Procter & Gamble, United Way and Ford Motor Company before starting FraserNet in 1987. He’s written 6 best-selling books. He has been named as one of the best speakers in America and 5 of his speeches have been selected for global distribution by the prestigious Vital Speeches of the Day magazine, a first for any professional speaker in America. In 2016 President Obama awarded Dr. Fraser “The President’s Lifetime Achievement Award.” 6 p.m. at the African American Cultural Society, 4422 N. US HWY 1, Palm Coast (just north of Whiteview Parkway). Members, $25, guests, $35, students, $10. Call 386/234-2014.

The Blue Power 2020 Action Forum, 12:30 p.m. at the Fair Trade Cafe at Palm Coast’s City Marketplace, 160 Cypress Point Pkwy. Come and join other progressive Democrats to discuss local, state and national issues, and propose actions to influence elected leaders. The Forum is open and informal and all opinions and ideas are welcomed. This is your opportunity to meet and lend your voice and knowledge to people who share your values. For more information, contact Mike Cocchiola, [email protected] The Blue Power forum meets every Wednesday.

The project team has announced that reconstruction of the walkovers is tentatively scheduled to begin in fall 2019. This timeframe is based on the current work schedule. Please note the schedule may be affected by weather or unforeseen circumstances. All walkovers impacted by construction will be restored to their pre-construction condition. The project team is taking care to store materials for each walkover separately, and is taking photographs to ensure walkovers are reconstructed to the way they were before work began.

Please note that the walkovers must remain closed during construction for safety reasons.

The project team has announced that reconstruction of the walkovers is tentatively scheduled to begin in fall 2019. This timeframe is based on the current work schedule. Please note the schedule may be affected by weather or unforeseen circumstances.

Flagler Beach Citizens Academy: Eight consecutive Wednesdays beginning on March 6, 2019, running through April 24, 2019, from 2 to 5 p.m. Learn all there is to know about the history of your city, how your government works and is financed, and the responsibilities of staff and elected officials. Tour your city’s recreational, first responder, library, and public works facilities. Discover plans for the city’s future and opportunities for resident involvement. These sessions are open to anyone residing within the City of Flagler Beach. There will be a limit of 20 participants. Registration applications are available at City Hall, Building Department, Library, Police Department, Fire Department and on our City’s website (www.cityofflaglerbeach.com). All applications must be received by February 22, 2019. Jane Mealy, Commissioner City of Flagler Beach PO Box 70 Flagler Beach, FL 32136 You will then receive a detailed schedule of the sessions and where each will be held. If you have any questions, contact Jane Mealy at: 439-4811 [email protected].

DOG RACING BAN ON AGENDA: The House Gaming Control Subcommittee will receive an update from the state Division of Pari-Mutuel Wagering about implementation of a newly passed constitutional amendment that will ban greyhound racing in Florida. (Wednesday, 9 a.m., 212 Knott Building, the Capitol.)

PANEL CONSIDERS SCHOOL BOARD TERM LIMITS; The House Oversight, Transparency & Public Management Subcommittee will take up a proposed constitutional amendment (HJR 229), filed by Rep. Anthony Sabatini, R-Howey-in-the-Hills, that would ask voters to place eight-year term limits on county school-board members. If approved by lawmakers, the proposal would go on the 2020 ballot because it is a proposed constitutional amendment. (Wednesday, 9 a.m., Morris Hall, House Office Building, the Capitol.)

WARDENS WEIGH IN: The Senate Criminal and Civil Justice Appropriations Subcommittee will hold a panel discussion in which prison wardens will discuss a series of issues in the corrections system. (Wednesday, 10 a.m., 37 Senate Office Building, the Capitol.)

STADIUM FUNDING TARGETED: The Senate Transportation, Tourism and Economic Development Appropriations Subcommittee will take up a bill (SB 414), filed by Sen. Tom Lee, R-Thonotosassa, that would eliminate an unused pool of sales-tax dollars intended for building and improving professional sports facilities. The bill would repeal a controversial 2014 program that — despite never being used — lays out steps for the stadium money to become available. (Wednesday, 1:30 p.m., 110 Senate Office Building, the Capitol.)

MARIJUANA SMOKING CONSIDERED: The Senate Rules Committee is expected to take up a bill (SB 182), filed by Sen. Jeff Brandes, R-St. Petersburg, that would eliminate a ban on smoking medical marijuana. The ban was included in a 2017 law that was designed to carry out a constitutional amendment that broadly legalized medical marijuana. But the ban has drawn a legal challenge and opposition from Gov. Ron DeSantis. (Wednesday, 4 p.m., 110 Senate Office Building, the Capitol.)

SUPREME COURT TAKES UP DUI BLOOD CASE: The Florida Supreme Court will hold oral arguments in a Palm Beach County case involving questions about whether a warrant was needed to draw blood from a drunken-driving suspect who was unconscious. Byron McGraw, who was injured in a car accident in 2016, argues that the results of the blood test should be thrown out because he did not give consent. The 4th District Court of Appeal ruled against McGraw. (Wednesday, 10 a.m., Florida Supreme Court, 500 South Duval St., Tallahassee.)

Here’s a summary of the latest city developments as of Feb. 15, 2019, with a link to the full week in review here.