Today:: Partly cloudy. Patchy fog in the morning. Highs around 80. South winds 5 to 10 mph. Tonight: Partly cloudy. A 20 percent chance of showers after midnight. Patchy fog after midnight. Lows in the mid 60s. South winds 5 to 10 mph. Details here.
Today’s document from the National Archives and the Astronomy Picture of the Day.
Today’s tides: at the beaches, at the Intracoastal Waterway.
Drought Index: 59
Merriam-Webster’s Word of the Day: finicky.
The Live Community Calendar
Today’s jail bookings.

“Quite often I observe our life here with the gaze of the child protection service or the social welfare office. Isn’t it way too messy? Isn’t it far too long since we changed the bedding? When was the last time they took a bath? And how much harm did I cause them the last time I got so enraged that I shouted at the top of my lungs, grabbed one of them by the neck and pushed her into her room?” 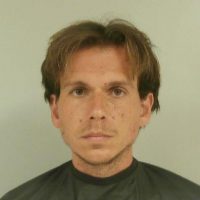 In Court: James Wolfe, the former Matanzas High School teacher found guilty in 2014 of unlawful sexual relations with a minor, appears before Circuit Judge Terence Perkins in a motion to end his probation. Wolfe was sentenced to two years’ community control and to five years’ probation. The hearing is at 4 p.m. in Courtroom 401 at the Flagler County courthouse. See the background story here. 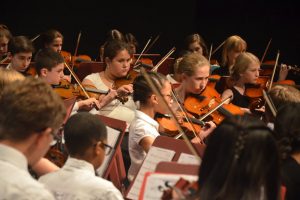 Strings Around the World Concert: The entire Flagler Youth Orchestra’s ensembles–five orchestras in all–perform at the Flagler Auditorium at 7 p.m. for the annual Strings Around the World concert. The orchestras showcase accomplishments ranging from first-year students to the advanced skills of the Harmony Chamber Orchestra. The Strings Around the World concert showcases original works from around the planet, including English, German and North American folk songs (“such as Oh! How Lovely Is the Evening”), works from the Far East, “Rhythms of Africa,” and Enrique Granados’s rousing Spanish Dance No. 5, among other works. The Flagler Youth Orchestra Faculty Ensemble will also perform Scott Joplin’s Maple Leaf Rag. The FYO is made possible by the Flagler County school district. Its membership of around 350 students range from third to 12th grade, from every school and every background. Tickets are $8 for adults, $3 for children 17 and under. $1 from every adult ticket goes to the Auditorium’s Arts in Education fund.

February 4 Update: Construction is scheduled to begin this week week on Segments 2 and 3 of the S.R. A1A project. Work on Segment 2, from S. 22nd Street to S. 9th Street will include removal of the existing low-profile barrier wall, and construction of the temporary lime rock base on the east side of the roadway to prepare for placement of temporary asphalt. This work will require single lane closures with flagging operations during the day. Work is expected to progress from south to north. Both northbound and southbound traffic will remain on S.R. A1A. The southbound S.R. A1A detour is expected to begin in late February.

Work on Segment 3, from N. 18th Street to Osprey Drive will include removing two existing beach walkovers near N.18th Street and one walkover in front of Oceanside Condominiums as noted in the plans. Work also will include importing and placing sand in preparation for installing the auger cast pilings. Traffic will be shifted slightly to the west on S.R. A1A to accommodate the work. Drivers can expect a single lane closure with flagging operations when traffic is shifted.

Scholarship Applicants Wanted: The Flagler Woman’s Club will award multiple $2000 scholarships to male and female graduating seniors in all areas of study including Theatre, Art, Music, and Trade Schools. Applicants must be a U.S. Citizen; a resident of Flagler County for a minimum of one year; have a financial need and qualify for acceptance to a college or a trade school. Printed applications are now available at the Flagler Palm Coast and Matanzas High Schools’ Guidance Departments; the Flagler County Library in Palm Coast and the Flagler Beach Library. The application is also available on our Face Book page at The Flagler Woman’s Club. The application deadline is February 8, 2019. For more information call Kay Johnson at (386)439-3960 or (386)405-8518.

Commissioner Mullins named to national steering committee: The National Association of Counties named Commissioner Joe Mullins to serve on its Telecommunications and Technology Policy Steering Committee. “A great deal of NACo’s strength is in our committees and your active participation reflects and reinforces that strength,” NACo president Greg Cox wrote to Mullins about the nomination. “The expertise and engagement of our steering committee members is a main reason why Congress and federal agencies often look to NACo for feedback on legislative policy decisions being made in Washington D.C.” As a member of the steering committee, Mullins is required to participate in monthly conference calls and attend NACo’s Legislative Conference and its Annual Conference. This year’s initiative is “Connecting the Unconnected: Counties Linking Residents to Services.” “It is a great honor to be nominated to this important committee,” Mullins said. “I look forward to serving our local residents at the national level. We are trying to bring fiber to the area, which will attract high-paying jobs.”

SEXUAL BATTERY PROSECUTIONS AT ISSUE: The Senate Criminal Justice Committee will take up numerous bills, including a proposal (SB 130), filed by Sen. Linda Stewart, D-Orlando, that would eliminate a statute of limitations on the prosecution of sexual batteries when victims are under age 18. (Monday, 2:30 p.m., 37 Senate Office Building, the Capitol.)

UTILITY BALLOT MEASURE AT ISSUE: The Financial Impact Estimating Conference will hold a workshop about a proposed constitutional amendment that would overhaul the state’s electric utility industry. The proposal, backed by the political committee Citizens for Energy Choices, calls for wholesale and retail electricity markets to “be fully competitive so that electricity customers are afforded meaningful choices among a wide variety of competing electricity providers.” It would establish a right for customers to choose electricity providers and would limit the role of investor-owned electric utilities — private companies such as Florida Power & Light, Duke Energy Florida, Tampa Electric Co. and Gulf Power Co. — to constructing, operating and repairing transmission and distribution systems. The political committee has submitted enough petition signatures to trigger a Florida Supreme Court review of the ballot wording. (Monday, 8:30 a.m., 117 Knott Building, the Capitol.)

Here’s a summary of the latest city developments as of Feb. 8, 2019, with a link to the full week in review here.