“In general, his aversion to truth-telling was fanatical–to tell the truth, at any time, on any matter, to any hearer, was, he believed, profoundly dangerous: any fact, however small, however harmless, provided it was a fact, was better concealed: facts were high explosives.”

Valentine’s Wedding: Flagler County Clerk of Court Tom Bexley presides over the second annual Valentine’s Day mass wedding on the steps of the Flagler County courthouse in Bunnell. Last year’s wedding drew 16 couples and five additional couples who renewed their vows. Participation includes a waiver of some of the fees associated with marriage licensing. Prospective newlyweds may register to be part of the Valentine’s Day wedding here. 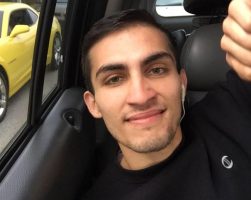 Candlelight Vigil for Anthony Fennick: Family and friends of Anthony Fennick, the 23-year-old whose health deteriorated at the Flagler County jail until he was hospitalized and became brain dead on Feb. 4, will gather at beachside across from the Golden Lion in Flagler Beach, between 5th and 6th Street North on A1A, at 5:15 p.m. Fennick died on Feb. 9.

Thursday through Sunday: On Stage: “[title of show] with Music by Jeff Bowen and Book by Hunter Bell, at Stetson’s Second Stage Theatre, 600 North Woodland Boulevard, DeLand. Call 386/822-7266. Jeff and Hunter, two self-confessed nobodies in New York, make a pact: They will write an original musical and submit it to a festival. The only catch? The deadline is in three weeks! No worries though. They’ll just write a musical about writing a musical. Frequently hilarious, occasionally heartbreaking, and thoroughly inspiring, [title of show] is a love story celebrating individuality and creativity. All shows 8 pm except for Sunday at 3 p.m.

February 4 Update: Construction is scheduled to begin this week week on Segments 2 and 3 of the S.R. A1A project. Work on Segment 2, from S. 22nd Street to S. 9th Street will include removal of the existing low-profile barrier wall, and construction of the temporary lime rock base on the east side of the roadway to prepare for placement of temporary asphalt. This work will require single lane closures with flagging operations during the day. Work is expected to progress from south to north. Both northbound and southbound traffic will remain on S.R. A1A. The southbound S.R. A1A detour is expected to begin in late February.

Work on Segment 3, from N. 18th Street to Osprey Drive will include removing two existing beach walkovers near N.18th Street and one walkover in front of Oceanside Condominiums as noted in the plans. Work also will include importing and placing sand in preparation for installing the auger cast pilings. Traffic will be shifted slightly to the west on S.R. A1A to accommodate the work. Drivers can expect a single lane closure with flagging operations when traffic is shifted.

Scholarship Applicants Wanted: The Flagler Woman’s Club will award multiple $2000 scholarships to male and female graduating seniors in all areas of study including Theatre, Art, Music, and Trade Schools. Applicants must be a U.S. Citizen; a resident of Flagler County for a minimum of one year; have a financial need and qualify for acceptance to a college or a trade school. Printed applications are now available at the Flagler Palm Coast and Matanzas High Schools’ Guidance Departments; the Flagler County Library in Palm Coast and the Flagler Beach Library. The application is also available on our Face Book page at The Flagler Woman’s Club. The application deadline is February 8, 2019. For more information call Kay Johnson at (386)439-3960 or (386)405-8518.

LOBBYIST REPORTS DUE: Lobbyists face a Thursday deadline for filing reports detailing compensation for the period from Oct. 1 through Dec. 31.

Here’s a summary of the latest city developments as of Feb. 8, 2019, with a link to the full week in review here.