“Just because you’ve chased some helpless animals in a motor car you talk like heroes.”

–From Hemingway’s “The Short Happy Life of Francis Macomber,” in “The Complete Short Stories Of Ernest Hemingway.”

Suicide Town Hall: Flagler Lifeline, a volunteer committee and Flagler Cares affiliate established to broaden conversation and awareness of suicide, will host a public town hall event at 6 p.m.  at the Flagler County Association of Realtors building, 4101 East Moody Blvd. in Bunnell. The Town Hall will feature presentations by mental health experts, suicide survivors and others who have been touched by suicide, and will be facilitated by Colleen Conklin, the long-time school board member and one of Flagler Lifeline’s founders. For the past several years Conklin has hosted periodic events, including electronic town halls, to bring awareness to bullying and suicide prevention. The May 23 town hall, like Flagler Lifeline’s emergence, is partly a result of Flagler County’s place in 2017 as the county with the leading suicide rate in the state, proportional to its population. See the background story here.

The Palm Coast Beautification and Environmental Advisory Committee meets at 5 p.m. at City Hall in Town Center. An agenda had not been posted online as of May 18.

The Wadsworth Elementary School Advisory Council and PTO meet at 6 p.m. in the school’s media center. 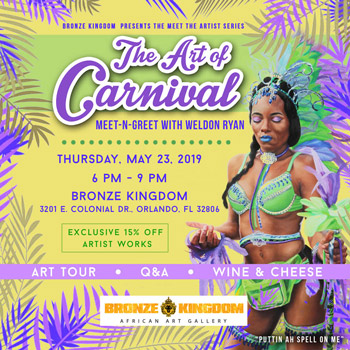 Weldon Ryan Meet and Greet: Palm Coast Artist and 2011 Flagler County Artist of the Year Weldon Ryan hosts a meet and great at the Bronze Kingdom African Art Gallery, 3201 East Colonial Drive, Orlando, from 6 to 9 p.m. Wine and cheese, 15 percent off on all of Weldon’s works.

Work will be starting on this segment within the next two weeks. This segment involves dune revetment with additional sand and vegetation. Motorists can expect potential short-term lane closures with flagging operations to accommodate the trucks hauling in the new sand and plant material.

The contractor also continues to install French drain system. Over the next few weeks, the contractor will be constructing some sidewalk transitions to side streets on the south end of the segment, and installing curb mats in compliance with requirements of the Americans with Disabilities Act (ADA).

The contractor is expecting to finish drilling the concrete piles for the buried seawall by early July. Work continues on contouring the sand to create the desired dune where wall construction is completed. The first dune plants are expected to be installed within the next few weeks.

Work on this segment also includes the relocation of some utility poles on the north end of the segment. That work has begun and may require short-term lane closures with flagging operations.

Caution! Flagler Beach police and and Sheriff’s deputies are actively monitoring speed and writing tickets. “I got a warning on north section of A1A before construction actually began so I keep to the 25 limit, but still getting tailgated by cars wanting to go faster,” a reader tells us.

Lost Ring: A lost ring was found at Varn Park at 2 p.m. Saturday, May 11. The ring, which has identifying characteristics, is with the Flagler County Sheriff’s Office. “Anything you can do to help this person get their ring back would be most appreciated,” the person who found it writes. 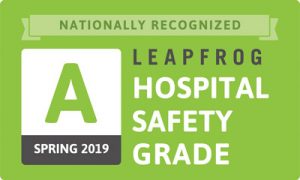 All AdventHealth Facilities in Flagler, Lake and Volusia Counties Earns an ‘A’ for Patient Safety: Every AdventHealth hospital in Flagler, Lake and Volusia counties received an ‘A’ from The Leapfrog Group’s spring 2019 Leapfrog Hospital Safety Grade. With facilities in Daytona Beach, DeLand, Orange City, New Smyrna Beach, Palm Coast and Tavares, this designation recognizes AdventHealth’s efforts in protecting patients from harm and providing safer health care. “The ‘A’ safety grades are the result of our teams’ relentless focus on keeping patients safe. No individual or isolated group could achieve an ‘A’ rating alone; teamwork is essential,” said Rhonda Battani, executive director of quality for the AdventHealth hospitals in the region. “We continue to strengthen our culture of safety that hinges on teamwork and our employees are energized, knowing their work creates an environment that keeps patients safe.” The Leapfrog Group is a Washington D.C.-based national nonprofit organization committed to improving health care quality and safety for consumers and purchasers. The Safety Grade assigns an ‘A’, ‘B’, ‘C’, ‘D’ or ‘F’ grade to hospitals across the country based on their performance in preventing medical errors, injuries, accidents, infections and other harms to patients in their care. This was the first A rating for AdventHealth New Smyrna Beach. “I am extremely proud of our team and all of the work they have done over the past three years to bring our scores all the way up to an ‘A’,” said Dr. Dennis Hernandez, AdventHealth New Smyrna Beach CEO. “We are thrilled to share the progress we’ve made with our community and show our commitment to providing a safe environment for the very best patient care.” In March, Hernandez became the CEO of the 109-bed New Smyrna Beach facility. He previously served as the hospital chief medical officer. “Over the past year, our teams have worked diligently to develop new evidence-based processes and improve current processes to enhance the safety of our patients,” Hernandez said. “With this ‘A,’ we will not let our guard down and will continue to keep this as a top focus. Patient safety is our number one priority, so it will remain at the top of our agenda, with a heightened awareness, day-in and day-out.” AdventHealth Daytona Beach is one of only 41 “Straight A” hospitals in the U.S. to be awarded an ‘A’ every grading cycle since 2012. “One of the reasons we’ve been consistently earning an ‘A’ from Leapfrog is due to the quality processes and rigors we’ve put into place. We’ve made patient safety part of our culture and we have enjoyed the journey,” said Ed Noseworthy, CEO of AdventHealth Daytona Beach. “I want to congratulate our team. The superb work they do each and every day has helped us earn this achievement year after year. I couldn’t ask for a better group of people and a better group of leaders to work with.” “To be recognized nationally as an ‘A’ hospital is an accomplishment the whole community should take pride in,” said Leah Binder, president and CEO of The Leapfrog Group. “Hospitals that earn an ‘A’ grade are making it a priority to protect patients from preventable medical harm and error. We congratulate hospital leaders, board members, staff, volunteers and clinicians who work so hard to earn this A.” Developed under the guidance of a national Expert Panel, the Leapfrog Hospital Safety Grade uses 28 measures of publicly available hospital safety data to assign grades to more than 2,600 U.S. acute-care hospitals twice per year. The Hospital Safety Grade’s methodology is peer-reviewed and fully transparent, and the results are free to the public.

Here’s a summary of the latest city developments as of May 10, 2019, with a link to the full week in review here.