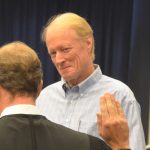 Dennis McDonald, the candidate running for a Palm Coast City Council seat in a fifth attempt at elected office, may be declared in contempt of court over $80,000 he owes Flagler County government as reimbursement for legal fees and interest after he filed an ethics complaint against a former county commissioner that was judged frivolous and false. 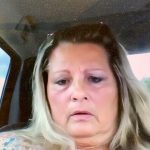 The five-year old case against Kimberle Weeks ended today as a circuit judge sentenced the former Flagler County Elections Supervisor to 30 days in jail and 18 months of probation on each of five felony counts of illegally recording and transmitting phone conversations when she was a supervisor. 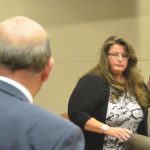 State Attorney Jason Lewis had aggressively prosecuted Kimberle Weeks as a crude, arrogant official who had abused her position and flouted the law, insulting other people in office while ironically casting herself as an anti-corruption crusader.

Circuit Judge Margaret Hudson refused to allow a definition of “public meetings” during ex-Elections Supervisor Kim Weeks’s trial last year even though both defense and prosecution wanted a definition, which went to the heart of the case. That’s now a central plank in Weeks’s appeal.

Kimberle Weeks, the former Flagler elections supervisor convicted on eight felony counts of illegally recording conversations, filed the initial brief to her appeal with the Fifth District Court of Appeal almost 14 months after her trial.

Kimberle Weeks, the former Flagler County elections supervisor, pleaded to the eighth and final felony count against her the day her attorney filed an appeal with the Fifth District Court of Appeal.

The felony conviction of Kimberle Weeks is the culmination of a three-year case that ended the political career of the most divisive constitutional officer in Flagler County in recent memory.

Former Flagler County Elections Supervisor Kimberle Weeks was found guilty on felony counts that she illegally recorded other officials during her tenure.

Florida Secretary of State Ken Detzner was a star witness for the prosecution today, saying Kim Weeks recorded him without his permission. he then heard her call him a “dumb bastard.”