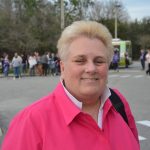 Jill Woolbright and Cheryl Massaro won seats on the Flagler County School Board, and Colleen Conklin, at 20 years the longest serving elected official in the county, won her sixth term. Dave Sullivan won reelection to the County Commission. But the Palm Coast City Council is still very much in flux. 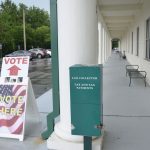 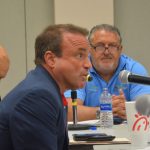 Flagler County Commissioner Joe Mullins paid the Florida Elections Commission a $750 fine on April 17 to settle allegations that he had accepted illegal campaign contributions during his 2018 run against then-Commissioner Nate McLaughlin. 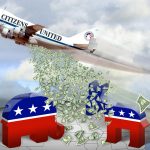 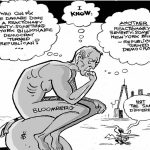 At $100 a vote, a victory in November 2020 would run Michael Bloomberg $6.3 billion. He is currently sitting on a personal fortune worth $52 billion. He could easily afford it. 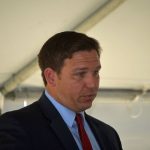 DeSantis was among Florida Republican candidates who received contributions during the 2018 election cycle from Lev Parnas and Igor Fruman, who were arrested on campaign-finance charges involving the pro-Trump super PAC America First Action. 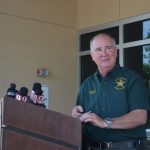 Sheriff Rick Staly, riding continued popularity, announced his run for a second term by pointing to more work and new initiatives ahead. In 2016 he broke campaign finance records. He says he’s ready to do what’s necessary to win, but it is unlikely that he will face the challengers he did in 2016, when nine candidates ran.

The races for Flagler County Commission and Palm Coast council were not close in a mid-term election that saw turnout rise to an astounding 64 percent.

The nearly $200,000 Joe Mullins and Greg Hansen have spent so far puts them on pace to match or outspend all 26 other county commission candidates in the past three years combined.

As the leading fundraisers in their party primaries for governor, Adam Putnam and Philip Levine have an advantage over their rivals when it comes to reaching voters.