Pointing to his earlier “explicit ruling that Florida’s same-sex marriage ban is unconstitutional,” a federal judge Thursday issued an order that likely clears the way for gay marriages to start across the state.

U.S. District Judge Robert Hinkle’s order came amid a legal debate about the scope of his August ruling, which struck down a gay-marriage ban approved by Florida voters in 2008. A stay on the August ruling expires at the end of the day Monday, allowing same-sex marriages to start Tuesday.

The legal debate during the past two weeks centered on whether Hinkle’s original ruling, which involved a preliminary injunction against the ban, applied only to issuing a marriage license to two Washington County men who are plaintiffs in the case — or whether it required court clerks across the state to start issuing licenses.

In his order Thursday, Hinkle wrote that his broad ruling about the unconstitutionality of the ban requires the Washington County clerk to issue licenses to other same-sex couples.

Hinkle made clear that other clerks can also issue marriage licenses to gay couples —- and warned that clerks who don’t issue licenses face the possibility of getting brought into the case.

“Reasonable people can debate whether the ruling in this case was correct and who it binds,” Hinkle wrote. “There should be no debate, however, on the question whether a clerk of court may follow the ruling, even for marriage-license applicants who are not parties to this case. And a clerk who chooses not to follow the ruling should take note: the governing statutes and rules of procedure allow individuals to intervene as plaintiffs in pending actions, allow certification of plaintiff and defendant classes, allow issuance of successive preliminary injunctions, and allow successful plaintiffs to recover costs and attorney’s fees.”

The four-page ruling drew different interpretations after being released on New Year’s Day.

Attorney General Pam Bondi, whose office has defended the ban, issued a statement that said Hinkle’s ruling does not require clerks to issue licenses to same-sex couples other than the plaintiffs in the case — but that it allows clerks to do so. As a result, Bondi said she would not seek to block clerks from issuing licenses.

“This office has sought to minimize confusion and uncertainty, and we are glad the court has provided additional guidance,” Bondi said. “My office will not stand in the way as clerks of court determine how to proceed.”

Equality Florida, a group that has helped lead the fight against the ban, and the National Center for Lesbian Rights said Hinkle’s order should lead to clerks throughout the state issuing marriage licenses to same-sex couples.

“Today’s ruling confirms that all Florida officials, including county clerks, must comply with the federal Constitution and must therefore treat same-sex couples equally under the law by issuing marriage licenses to qualified same-sex couples and by treating their marriages equally in all respects,” said Shannon Minter, legal director for the National Center for Lesbian Rights.

But John Stemberger, president of Florida Family Action, Inc., which spearheaded efforts to pass the gay-marriage ban, said on Twitter that Hinkle’s order is “being widely misinterpreted” and does not have such a broad effect.

The American Civil Liberties Union of Florida issued a statement saying, in part, it is prepared to go to court on behalf of any gay couples who do not receive marriage licenses.

“We expect all clerks to respect the ruling,” said Daniel Tilley, an attorney for the ACLU, which has played a key role in challenging the ban. “But if not, we are committed to ensuring marriage equality in all 67 counties in Florida and we would like to hear from any couples that are wrongfully denied a license after the stay expires.”

The legal debate about the scope of Hinkle’s August ruling came after the Florida Court Clerks & Comptrollers issued a memo in December that said the ruling only applied to issuing a marriage license to the Washington County men who are named plaintiffs in the case. The memo also warned clerks that they could face prosecution if they issued marriage licenses to other gay couples.

The ACLU and other supporters of same-sex marriage vehemently disputed the conclusions in the memo. Ultimately, an attorney for Lora Bell, the Washington County clerk, asked Hinkle for clarification — leading to Thursday’s order. 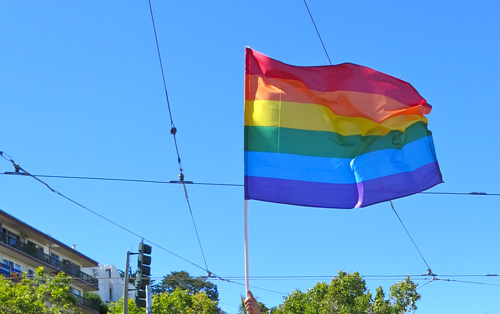