[“Bech Takes Pot Luck was writtten in Ipswich in 1968, published in the Oct. 7, 1968 issue of The New Yorker, collected in Bech: A Book, The Complete Henry Bech, The Early Stories, and the Library of America’s Collected Early Stories.]

For the first time in four stories–at least in the book version–Bech is home, or close to it. He is vacationing on Martha’s Vineyard with Norma Latchett, his girlfriend of two and a half years, and her sister Beatrice and her three young children. Beatrice is divorcing her husband. She’s boozing and popping pills from depression.

Bech likes vacationing on Martha’s Vineyard because he liked seeing celebrities (“It innocently delighted Bech, a child of the urban middle class, to see these luxurious people padding in bare feet along the dirty sidewalks of the island’s one town, or fighting for overpriced groceries in the tiny general store of an up-island hamlet.”) and, though he might feign protest, he liked being recognized. But it had never happened this way before: a Porsche cuts off his Ford. Out comes Wendell Morrison, once a student of his, the one time he (like Updike) agreed to teach a creative writing class at Columbia for a semester. He had not been that impressed with Wendell. But to Wendell, Bech is a god.

He finds a way to hang out with Bech’s brood by offering to take Beatrice and her children to the beach, something Bech loathes. The connection blossoms. “The boy had that Wasp knowingness, that facility with things: he knew how to insert a clam knife, how to snorkle (just to put on the mask made Bech gasp for breath), how to bluff and charm his way onto private beaches (Bech believed everything he read), how to excite children with a few broken shell bits that remotely might be remnants of ceremonially heaped conch shells. He was connected to the land in a way Bech could only envy. Though so young, he had been everywhere— Italy, Scandinavia, Mexico, Alaska—whereas Bech, except for Caribbean holidays and a State Department-sponsored excursion to some Communist countries, had hardly been anywhere. He lived twenty blocks north of where he had been born, and couldn’t sleep for nervousness the night before he and Norma and his rickety Ford risked the journey up the seaboard to the ferry slip.”

Wendell had some LSD. Norma had been wanting to try it ever since Bech had met her. (“I want to have an experience,” she tells Bech. “I’ve never had a baby, the only wedding ring I’ve ever worn is the one you loan me when we go to St. Croix in the winter, I’ve never been to Pakistan, I’m never going to get to Antarctica.” And Bech showing how much he cares, preferring cleverness to empathy: “I’ll buy you a freezer.”) Wendell suggests he could go on an LSD trip with Norma, give her what she’s wanted. At first Bech is uncomfortable at the thought of the boy making a grab for Norma. “Didn’t he know what a mistress was? No sense of private property in this generation . The early Christians; Brook Farm.” Wendell reassures him. The two men negotiate. Wendell agrees to first try it with pot, and include Bech and Beatrice.

The evening is arranged, with the kids put to sleep on the porch, thanks to Wendell’s touch. “Bech, eavesdropping, felt a pang, and envied the new Americans their easy intermingling with children. How terrible it seemed for him, a Jew, not to have children, to lack a father’s dignity.” 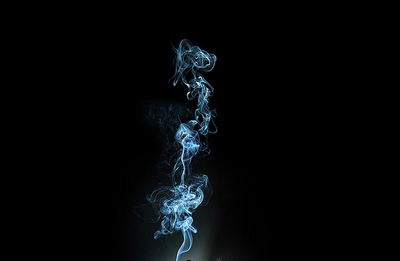 The pot-smoking séance as a small set piece is a little classic tucked away in one of Updike’s short stories, the comic mixing with the four characters’ psychology, their upended roles, Wendell turning into nursing mother to three expectant children (like the three children on the porch, to whom he’d tended just as well), and the pot affecting each differently. Updike spells it out unnecessarily: His perceptions were clear, he felt them all trying to get through to him , Norma seeking love, Wendell praise, Beatrice a few more days of free vacation; but these arrows of demand were directed at an object in metamorphosis.” Every character but Bech tugs at the reader’s sympathies. The tone is tender in spite of Bech.

Wendell calls Bech his guru. Bech just turns mean, telling him he writes badly, calling him and his generation “Fascists manqués,” an echo of Updike’s own reactionary opinion of that generation. Norma says it’s not working. Beatrice thinks the house is going to cave in on her, as her world is. In a few short pages, Updike has created a world, very much the way he did in “Tomorrow and Tomorrow and So Forth.”

Wendell had promised Bech: “People never get sick on it, it’s a medical fact.” But Wendell didn’t know about a rare but medically proven reaction that triggers nausea and severe vomiting. Bech goes off to vomit profusely and violently in the bathroom. When he comes out, Wendell and Norma have disappeared. Bech things they’ve gone off to screw. He is livid. Beatrice consoles him as he comforts her, trying to take away her fears as he reflects on a beautiful image from Ulysses that lifts the story into “The heaventree of stars hung with humid nightblue fruit.” Beatrice tells him she admires him for being himself. Bech-Updike unleash the irony of ironies: “I’ve tried being other people,” Bech said, fending, “but nobody was convinced.”

Wendell and Norma had merely gone to his place to flush down the LSD, because Wendell felt bad at getting his guru sick. Or so they claim when they return. Norma, disappointed in the experience, goes to sleep. Bech slips out of bed and joins Beatrice. “He found her lying awake waiting for him. By fall the word went out on the literary circuit that Bech had shifted mistresses again.”