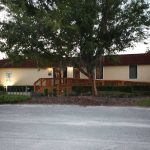 The low response was likely disappointing to the city. At least two local restaurant owners have shown interest by downloading the bid packages: Thai and I in Bunnell, and the Turtle Shack in Flagler Beach. That doesn’t mean they are among the bidders–only that they downloaded all bidding documents. 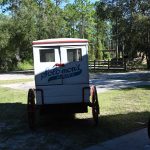 Rather than cancel or postpone the annual Creekside Music and Arts Festival at Princess Place Preserve, which is waterlogged, it’s been moved to the Florida Agricultural Museum, where it is expected to generate thousands of dollars for charity over the weekend. 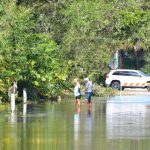 Students in Flagler County schools will not have to make up the three days lost to Hurricane Ian, based on a plan devised by the school district and presented to the School Board on Tuesday. 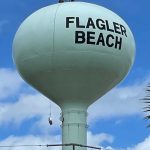 The Flagler Beach City Commission took stock of Hurricane Ian’s impact on the city at a hastily arranged emergency meeting at noon today, balancing the fact that the hurricane largely spared Flagler County of severe impacts but still left Flagler Beach with the most damage locally. 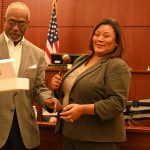 Alicia Washington and Joan Anthony were among nine judges of the Seventh Judicial Circuit marking the historic occasions of the two Black judges’ election, along with the accessions of Supreme Court Justice Jackson and Florida Supreme Court Justice Francis, in a “Night of Celebration” at the Flagler County courthouse Monday evening. 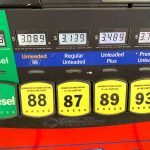 Regular unleaded gas prices fell to near $3 a gallon in places even in the wake of Hurricane Ian, reaching the lowest levels since January. But the drop is the result of a one-month suspension of the 25.3-cent state gas tax, timed by the Republican-dominated Legislature to coincide with the final month ahead of the 2022 mid-term election. 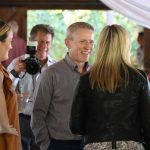 There was a constellation of stars at Sunday afternoon’s 40th anniversary celebration of the Flagler Humane Society at the Florida Agricultural Museum in Palm Coast, not least among the Paul Renner, the soon-to-be Speaker of the Florida House and Palm Coast resident. 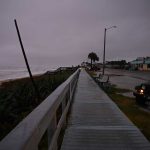 Law enforcement authorities in Flagler County and its cities made all of one arrest for a curfew violation, and even then, only because the woman was also in violation of drug laws. A companion she was with was only issued a warning. 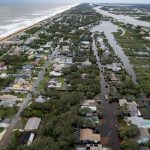 A tally of Hurricane Ian’s impacts on Flagler County reveals damage to 132 homes, with only seven experiencing severe damage or flooding from rainfalls totaling 15 inches in places. Flagler County is qualifying for three levels of aid from the Federal Emergency Management Administration, including aid to individuals. But there may yet be more flooding as the St. Johns River’s surge continues flowing north through Flagler. 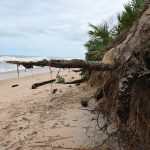 While Flagler County was spared the brunt of Hurricane Ian’s fury, its shoreline was ravaged, and what remained of its already battered dunes and rock revetments sacrificed themselves to protect A1A and properties. There is no more protection should another storm strike. The disappearance of the dunes is stunning in Flagler Beach north of the pier, and in many other places along the 18 miles of beach.