Watch out, Flagler Beach All Stars: You have competition in Bunnell.

Flagler Beach’s All Stars are a group of volunteers who include city commissioners, mayors and judges past and present, and who periodically and for years have conducted rather serious beach clean-ups.


Now it appears Bunnell has its All-Stars, too: Tiyona and Tyona Ash are 21-year-old twins, born and raised in Bunnell, graduates of Flagler Palm Coast High School who studied at Daytona State College (business management for Tiyona, cosmetology for Tyona), and who now are into design and music performance. After driving by or walking by the trash day after day, they came up with the idea of a clean-up in Bunnell’s south side two months ago, partnering with the Flagler County Housing Authority, whose residences line several streets in that neighborhood. “We took a chance towards change in our community,” Ash said. “It’s about bringing our people together and making something happen.”

So they did. They designed colorful “Secure Our World” shirts for volunteers, provided all the supplies and water, and at 2 p.m., with more than a dozen volunteers, went to work. They conducted the first clean-up down Martin Luther King Avenue and on the grounds of the Authority, filling 20 to 25 bags. “That trash has been there for literally decades,” Tiyona Ash said. “When I say decades, I literally mean decades.”

The group doesn’t have an official name yet, although the two Ash sisters call their performing group Twinnem241. Tiyona Ash said “Secure Our World” could well be the initiative’s moniker, at least for now (since All Stars is taken).

The aim, Ash said, is to “give our children something to look up to, something positive, to know you can do whatever you put your mind to, and to make sure everything in your community is taken care of.” She speaks with the same enthusiasm and self-assurance she conveys in words: “Being positive, remaining positive, extending positivity throughout the world.” The volunteers today did not include commissioners or other bigwig officials, but Ash intends to spread the word and invite some out in future efforts.


Those are in the works. The group is meeting again next Wednesday, March 9, at the Flagler County Housing Authority (414 South Bacher Street in Bunnell), to plan for a March 11 clean-up of East Drain Street, around and within the grounds of the Carver Center. There will be army recruiters, financial literacy coaches, basketball coaches, and Twinnem 241 will be performing live, Ash said. The performance? “Our song, ‘Bring ’em Out.'” The 2 p.m. event will even have a theme name: “Being Human.” 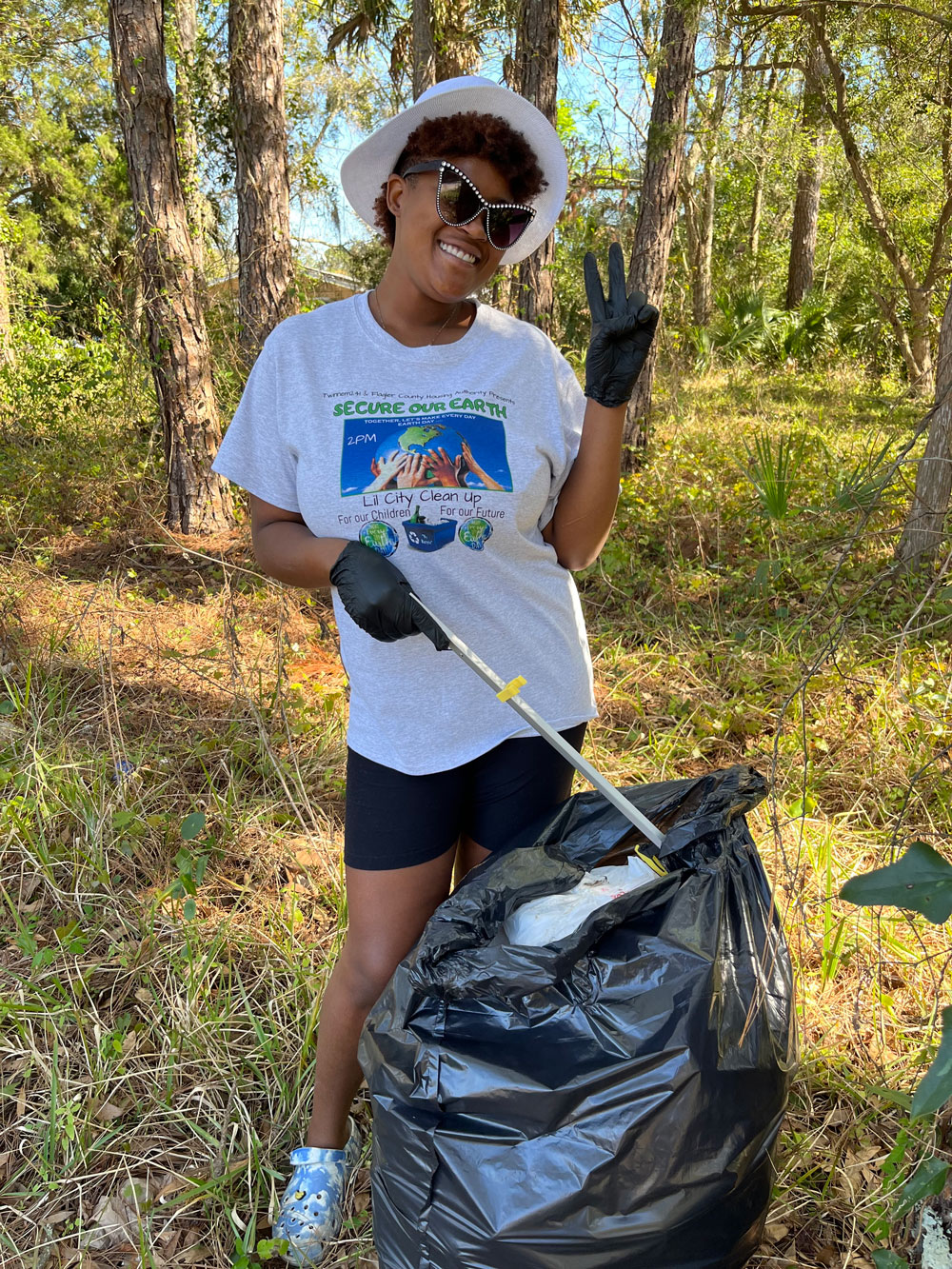