A reader sent me the copy of a one-page screed dropped in mailboxes of residents of Hidden Lake with Joe Biden signs in their yards. The first lines read like this: “I must report that you are the laughing stock of the neighborhood. Your neighbors, except one, are trying to figure out if you are mentally ill or just stupid. Most think the former; mentally ill.”

It goes downhill from there, down to the underworld of conspiracies and fabrications that have been the election season’s inferno. The bile is transcribed incoherence for incoherence from the acting president’s rallies or the Facebook pages of his fans. The difference here is the sender’s presumption. Instead of invading someone else’s Facebook wall, he invades their property. You could say it’s not much different from some of those campaign fliers poisoning our mailboxes. But this is more targeted, more personal, and supposedly from a neighbor. The letter goes on to make veiled threats, promising more to come. It’s B-grade intimidation.

And yes, that sort of thing, like those jeering mobs of Trump flag-wavers pissing the same vintage bile through bullhorns at polling sites in Florida, is a phenomenon exclusive to Trump’s camp. Exceptions prove the rule. What similar incidents we’ve had in Flagler, and we’ve had a few, are the work of Trump goons. There’s no equivalency here.

So it’s been this election season. I keep hearing it’s the worst season ever. I’m not so sure. Actually, I’m certain it isn’t. If anything, we’re seeing tamer variations on an old American theme. We imagine this country’s past as some gauze of tolerance and civility. It never was, especially at election time. It’s a nation built on blood and genocide and loathing for differences, a tradition  no less virulent than its ancestries across the oceans. We do a better job of dressing up the carnage in fairy tales, so seductive to the current electorate’s susceptibility to liars and demagogues. Thuggery is in our DNA, lynchings in our lusts, fascism a few twitches from our triggers.

But before this piece begins to sound like Trump’s inaugural address, it’s worth noting that no one is getting serially murdered for trying to vote, as was the case in Jim Crow days. You might be called deranged if you have one kind of yard sign or another, but no one is getting excommunicated, declared a heretic or burned at the stake as our Massachusetts ancestors did to individuals who so much as thought the wrong way. Braving insults and bullhorns at polling sites or trashy threats in our mailboxes isn’t exactly life threatening.

If anything (though I doubt it, just as I doubt a Biden win: we are neither that engaged nor that informed) it looks like we may just end up with the highest turnout election in history, beating Kennedy-Nixon in 1960, though even then it didn’t go much higher than a lazy 61 percent. (Elections near the end of the 19th and the beginning of the 20th century look like they had much higher turnout. But three-quarters of the nation was denied the vote at the time.) So we’re heading for a strong-turnout election despite the widespread attempts at voter suppression, the intimidation, the acting president’s war on the election’s legitimacy and his allegations of fraud in every Democrat’s vote and an illegal Mexican rapist behind every Democrat (unless he ekes out an electoral college win, then it’s the most legitimate election in the history of the universe, or at least Miss Universe). Who knows what post-election court fights will bring, though now that the judiciary is made up of Trump Tower doorkeepers with JD degrees, it’s not hard to guess.

In other words I don’t think this election is much different than any other. Sure it’ll define the future of the nation like no other. But that’s been said of every single election since Thomas Jefferson was called a “howling” atheist and infidel  who would “destroy religion, introduce immorality, and loosen all the bonds of society.” Every election since has been an anthem to the apocalypse.


Yet here we are, because for all that, we’re also a remarkably big-hearted country. When we listen to our better angels, we’re generous, accepting, enlightened and admirable enough to sometimes resemble Winthrop’s city on that hill. It’s not a contradiction with our darker nature. It’s the American paradox. As paradoxes go, I’m happy to live with this one. I wouldn’t have survived this long otherwise. FlaglerLive wouldn’t have thrived in scarlet Flagler otherwise.

We have a couple of Biden signs in our P-Section yard of course. There are a few more on our street, something you didn’t see when Clinton ran four years ago. To our left (irony of irony), our neighbors Brooke and Troy have a big Trump flag. We haven’t dropped letters in each other’s mailboxes. We haven’t jeered, we haven’t questioned. If anything, they’ve looked out for our home–and our signs–the many times we’ve had to be away recently, they’ve looked in on my wife Cheryl’s health. Cheryl unhesitatingly helped Brooke with paperwork to cast her absentee vote in Wisconsin, undoubtedly for Trump. My son has done a better job of cutting their yard than ours. And we’re always happy to see them when we sit outside for a beer or something smokey.

We’ve also made a pact. Come what may on Nov. 3 at 9 p.m., whether their guy is winning or ours, we’re meeting on the lawn by those signs, by that flag, and we’re drinking champagne together–not to either candidate necessarily, but to the election, to democracy, and mostly to each other. We’re drinking to what endures. Presidents don’t. Neighbors do. And neighborliness must, long after the signs go down. To paraphrase the only gospel worth the name, there may be a concatenation of events in the best and worst of all possible worlds, but let us at least cultivate our own yards. Let us toast our neighbors.

Pierre Tristam is FlaglerLive’s editor. Reach him by email here. A version of this piece airs on WNZF Friday. 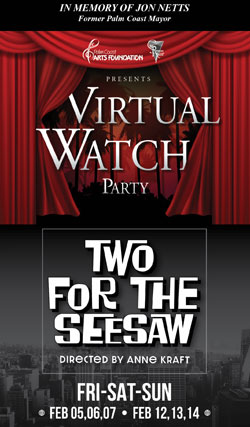