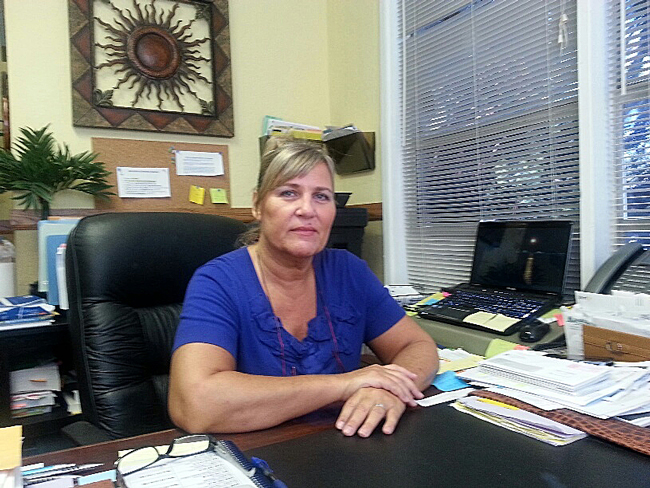 While most of the uninsured will be able to get subsidized health coverage Jan. 1 under the Affordable Care Act, the poorest adults under 65 will be out of luck in many states, including Florida.

One of them is Debra Straley, 56. She has no job and no health insurance, but luckily can get her high blood pressure pills at the St. Petersburg Free Clinic.

She worked as a waitress at a pancake house until she got laid off nine years ago, she said. Unemployment ran out after two years. Since then, she has made ends meet with food stamps, renting out rooms and odd jobs.

“I would do anything — waitress jobs, taking care of people, cleaning jobs — but there’s nothing out there. I’ve applied all over at restaurants. McDonald’s, Burger King. But they want young kids, you know that. I’ve applied to take care of people, but every time you see an ad in the paper, there’s like 50-60 people applying for the job.”

Straley is one of 5.2 million uninsured Americans, including more than 760,000 in Florida, who will be shut out of subsidized health plans come Jan. 1, according to a recent report from the Kaiser Family Foundation. They will be too poor to qualify for subsidies on the Health Insurance Marketplace.

This “coverage gap” arose from the Supreme Court’s 2012 decision upholding the Affordable Care Act but allowing states to opt out of Medicaid expansion, which was supposed to cover people below the poverty level. Florida opted out.

That includes Priscilla Daniels, 52. She was a housekeeper for 30 years but had to quit work when her bronchitis and asthma got so bad she has to carry around a machine to help her breathe.

She applied for Social Security Disability but was denied, so she’s living with her sister.

Straley and Daniels, who come from a blue-collar background, are typical of the forgotten. But Star Bocsi is not.

An immigration lawyer in solo practice, Bocsi loves what she does but makes a modest income, since many of her clients have little money.

“The rates I charge are pretty low and I do a lot of pro bono work and extra work,” she said.

She could earn more in a different field of law, but she loves what she does, saving people from being deported and separated from their family.

“It’s the best thing in life,” she said.

During the recession, as her clients struggled, she did, too. She didn’t buy health insurance, even though she was 52, because money was tight and she figured she was healthy. But in March, she and her husband, a student who works part-time, were in a car accident with a hit-and-run driver. She had surgery on her shoulder and has been in physical therapy four days a week ever since, trying to regain use of her arm.

The medical and hospital bills piled up. Calls from creditors began. Bocsi says her personal injury protection auto insurance should cover at least part of it, but the company seems in no hurry to pay.

When she read about the Affordable Care Act and the Health Insurance Marketplace and the subsidies, she got excited.

“I thought this was it, okay, they did something. They made this new law, it’s going to change, it’s going to get better, it’ll be affordable. That’s what I thought.”

But then she noticed the part that said those under the poverty level didn’t qualify. After covering the overhead for her law practice, she says, she actually lost money last year. With all the lost income from her injuries, she’s likely to fall below the poverty level again this year, she said.

Bocsi, Daniels and Straley may come from different backgrounds, but they’ve ended up in the same place: uninsured and forgotten, at least in terms of health reform. Bocsi can declaim at some length on the unfairness of that.

“Everybody should have health care,” she said.

It’s not too late for Florida to change its mind and accept the money to cover the forgotten uninsured, as federal officials recently noted.  A number of Florida groups — the League of Women Voters, the Chamber of Commerce, and hospitals — say they will try to persuade the Florida House to change its attitude and take the money.