When Tasers Are Indefensible

From the Tampa Bay Times: She was in handcuffs. The cop was a couple of steps from her when he Tased her. He was three times her size. “When the Taser’s prongs hit her back, Danielle Maudsley spun backward and smacked her head on the pavement. A nearby dashcam recorded the fall, even capturing the sound of her head cracking on the asphalt. Maudsley, 20, clutched her head and struggled to rise. “I can’t get up,” she moaned, her final words. Then she went still. She has been in a vegetative state ever since. Doctors have told her family she likely will never wake up. This week, two state agencies cleared Florida Highway Patrol Trooper Daniel Cole of any wrongdoing in the September incident, which occurred as Maudsley tried to escape from an FHP station in Pinellas Park. But several experts and researchers who reviewed reports and video of the incident said the case raises questions. They are troubled that Cole tasered Maudsley, a suspect in two hit-and-run crashes who had drugs in her system, while she was handcuffed. They also noted that Cole was just steps behind Maudsley when he fired the Taser. […] Cole, who at 267 pounds weighed about three times as much as Maudsley, told investigators he used his Taser because he was concerned one or both of them would be injured if he tackled her. He worried she was headed toward heavy traffic on U.S. 19. The scrutiny of the Maudsley case comes amid calls from some national groups for police agencies to take a closer look at how and when they use Tasers. The human rights organization Amnesty International called this week for stricter limits on Taser use after an intoxicated Georgia man died hours after police shot him with one. The group believes there should be a national policy on Taser use. Florida has had 65 Taser-related deaths since 2001, the second highest total behind California, which had 92. […] Cole, the trooper, has been with FHP since 1998. He was the Pinellas Trooper of the Year in 2000. He had fired his Taser only once before — in 2009, when he used it on a suicidal man on the Sunshine Skyway bridge. The man fell to the roadway and was okay. Investigators looking into the Maudsley case asked Cole if he would have done anything differently. He said he wouldn’t have. But experts said Cole made a series of mistakes that led to Maudsley getting away from him.” The full story.

From the Times: “A feared wave of homegrown terrorism by radicalized Muslim Americans has not materialized, with plots and arrests dropping sharply over the two years since an unusual peak in 2009, according to a new study by a North Carolina research group. [The study] found that 20 Muslim Americans were charged in violent plots or attacks in 2011, down from 26 in 2010 and a spike of 47 in 2009. Charles Kurzman, the author of the report for the Triangle Center on Terrorism and Homeland Security, called terrorism by Muslim Americans “a minuscule threat to public safety.” Of about 14,000 murders in the United States last year, not a single one resulted from Islamic extremism, said Mr. Kurzman, a professor of sociology at the University of North Carolina. The report also found that no single ethnic group predominated among Muslims charged in terrorism cases last year — six were of Arab ancestry, five were white, three were African-American and two were Iranian, Mr. Kurzman said. That pattern of ethnic diversity has held for those arrested since Sept. 11, 2001, he said. […] The decline in cases since 2009 has come as a relief to law enforcement and counterterrorism officials. In that year, the authorities were surprised by a series of terrorist plots or attacks, including the killing of 13 people at Fort Hood, Tex., by an Army psychiatrist who had embraced radical Islam, Maj. Nidal Hasan. […] Concerns grew after the May 2010 arrest of Faisal Shahzad, a naturalized American citizen, for trying to blow up a sport utility vehicle in Times Square. […] But the number of cases declined, returning to the rough average of about 20 Muslim Americans accused of extremist violence per year that has prevailed since the 2001 attacks, with 193 people in that category over the decade. […] The 2011 cases include just one actual series of attacks, which caused no injuries, involving rifle shots fired late at night at military buildings in Northern Virginia.” See the full report below.

Muslim-American Terrorism in the Decade Since 9/11: 2011 Report 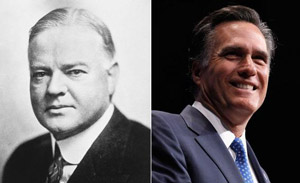 From Slate: “No one remembers that in 1928 Hoover won in a landslide. His four years in office are the epitome of a failed presidency. In the end, his name was more closely associated with “Hoovervilles”—the Depression-era shantytowns of the homeless—than business acumen and competence. And the bad taste left in everyone’s mouth has lingered. In 84 years, despite many opportunities, American voters have never put another accomplished businessman in the White House. The Hoover curse reigns. Will Romney be the one to break it? Who knows? Right now the Massachusetts Republican is fighting hard to win his party’s nomination. Even if he succeeds in the primaries, Barack Obama, a far more formidable opponent, is waiting in the wings. For better or for worse, Romney’s campaign has chosen the candidate’s business experience as its fulcrum, and in doing so, Romney has set out to portray himself as the ideal man for the job in a sea of politicians. To be fair, Romney’s resume is broader than the one Hoover offered. Romney has already served in elected office as governor, and this political experience may be a helpful antidote to the decades-old curse against businessmen. […] Starting with the disastrous Hawley-Smoot Tarriff Act of 1930, which raised international import duties to record highs, Hoover contradicted his own personal political convictions and gave in to pressure from his party leadership on major points of policy. Even when faced with a petition of 1,000 economists begging Hoover to veto the bill, and a visit from Henry Ford himself, Hoover signed Hawley-Smoot into law. The disastrous results—both for Hoover and the country—are well-known. Romney’s early troubles on the campaign trail suggest he may not have the personality to unite his party either. At least, many Republican party leaders think so.” The full post. 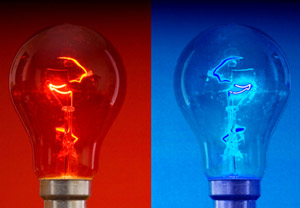 From Miller-McCune: “One of the strangest institutions in Washington — and perhaps the hardest to comprehend from the outside — is the think tank, that quasi-academic, sort-of-political organization that offers, as its primary output, ideas. Universally, think tanks claim to be nonpartisan, and as tax-exempt nonprofits, this is a basic requirement in the tax code. But most people in Washington know the ideological leanings of think tanks that may obscure this fact in their titles: There’s the Cato Institute (libertarian), the Heritage Foundation (conservative), the Brookings Institution (moderate liberal) and the Center for American Progress (progressive). And that’s just four of the 400 think tanks that have grown up in town, by Tevi Troy’s count. Troy is a think tank scholar himself, from the Hudson Institute (“a nonpartisan, independent policy research organization dedicated to innovative research and analysis that promotes global security, prosperity, and freedom”). In a thoughtful new article in the journal National Affairs, he argues that think tanks have proliferated to the point of devaluing the research and ideas that come out of them. Most damning, he suggests that these institutions — once thought of as “universities without students” — have become political, stripping them of the power to float new ideas that politicians would never put forward. […] Those 400 think tanks are just the ones located in Washington. Nationally, Troy puts the number at 1,800, up from about 45 after World War II. He collects some interesting statistics about the composition of scholars on staff in the era of the ever-expanding think thank. Among a representative sample of institutions founded before 1960, he says 53 percent of the current scholars hold doctorates. That number drops to 23 percent for think tanks founded between 1960 and 1980, and 13 percent to those founded in the last three decades.” The full article.

In Defense of Big Words 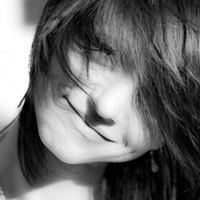 From Inna Hardison’s Ha Media blog: “In a recent conversation, I was distracted by a quote, attributed to Barbara Corcoran to “beware of people who use big words”. The big word in question was “assuage”. I asked how Barbara defines “big words” and was told that it’s anything an average person would not use in daily conversation. […] I wasn’t born here, and so my English was very much learned, and not breastfed. I have spent many of my early years in this country keenly aware of my foreignness, and at times, I still allow myself to feel a tinge of insecurity at my accent, which sounds far too harsh to my inner ear. But maybe precisely because this language was not something I could ever take for granted, I feel a special affinity for people who have a gift for articulating an idea or telling a story well, and am still much more likely to indulge in an old classic than a hastily thrown together how to manifesto on any subject. […] I think we invest far too much energy, time and brain power into spitting or consuming nuggets of wisdom in ever smaller and more digestible bites, and at the end of the day, my fear is that we are creating less astute readers in our audiences, less savvy business partners in our clients, and fewer and fewer real relationships and connections that matter on a level real friendships do, or ought to. To bring this back to business, if we are told that we must speak to our site visitors as if they were in sixth grade, we will inevitably attract the audience that functions on sixth-grade level. […] My bit of advice, for what it’s worth: use big words or little words but stop ‘grading’ your online communication via something as useless as a Lexile score. It’s impossible to build relationships under false pretenses, no matter how many tricks you have up your virtual sleeve. The words you throw into the universe are the only thing people who don’t know you will connect with or not. So choose your words wisely, but for reasons that matter. None of these include the number of syllables or frequency of use by an average person, whatever or whoever that might be.” The full post.