World Cup: No exciting upsets on Thursday, but Brazil scored the goal of the tournament. Watch this:

Today it’s Wales and Iran at 5 a.m., Qatar and Senegal at 8 (Qatar’s only chance to pull off a win), Netherlands and Ecuador at 11 and, the marquee game of the day, the United States and England at 2 p.m

Have Shopping Holidays Jumped the Shark? We can only hope. From Statista: “After years of unabated growth, Black Friday and Cyber Monday online sales dipped for the first time last year, as many shops spread out deals over the entire Thanksgiving week or even further. “With early deals in October, consumers were not waiting around for discounts on big shopping days like Cyber Monday and Black Friday,” said Taylor Schreiner, Director at Adobe Digital Insights. According to Adobe’s estimates, U.S. consumers spent $10.7 billion on Cyber Monday last year, slightly down from $10.8 billion in 2020. Black Friday spending also just missed the 2020 record, coming in at $8.9 billion in 2021 vs. $9.0 billion the year before. The fact that the dedicated shopping holidays didn’t beat spending records last year doesn’t mean that shoppers were cutting back on their holiday spending generally. They merely spread it out throughout the holiday season. Between November 1 and November 29, U.S. consumers spent $109.8 billion online, up 11.9 percent from the same period in 2020. Moreover, 22 days exceeded $3 billion in online sales in November 2021, up from just 9 days in November 2020 and further proof of shoppers spending their holiday cash more evenly than before.” 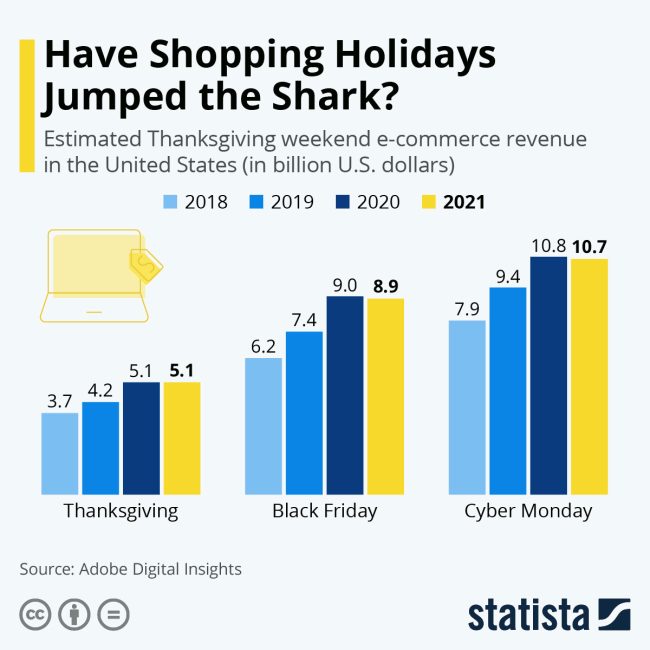 Notably: The Times, alongside a piece headlined “Three recent mass shootings have left 14 chairs empty this Thanksgiving,” reran a piece from its archives on Thanksgiving day about “Why Does the U.S. Have So Many Mass Shootings.” The article goes on to say it’s not because the country is unusually violent, or because of its frayed racial divisions, or even mental health problems. All those theories “have been debunked by research on shootings elsewhere in the world.” Rather, “The only variable that can explain the high rate of mass shootings in America is its astronomical number of guns.” But why are there an astronomical number of guns, if not because of a certain unknowing coziness with violence? The answer: “the United States is not actually more prone to crime than other developed countries, according to a landmark 1999 study by Franklin E. Zimring and Gordon Hawkins of the University of California, Berkeley. Rather, they found, in data that has since been repeatedly confirmed, that American crime is simply more lethal. A New Yorker is just as likely to be robbed as a Londoner, for instance, but the New Yorker is 54 times more likely to be killed in the process.” 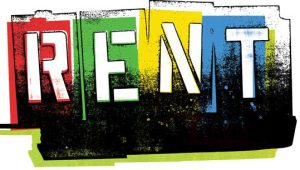 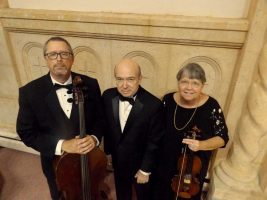 St. Mark by the Sea Lutheran Church
No event found!

The glossy paperback books, the tubes of toothpaste, and the boxes of candies have the same colors: one has the vague impression that reading these books will leave a sweet taste in your mouth, and that the candy will have stories to tell. I buy soap, creams, and toothbrushes. Here the creams are creamy, the soaps are soapy: this honesty is a forgotten luxury. As soon as you stray from this norm, the quality of the products becomes more dubious. Certainly, the stores on Fifth Avenue will satisfy the most exacting tastes, but those furs, those suits of such international elegance are reserved for the international capitalist. As for the more popular shops, at first their abundance and sparkling variety are astonishing. But if the men’s shirts are attractive, the ties are doubtful, the women’s handbags and shoes are quite ugly, and in this profusion of dresses, blouses, skirts, and coats, a Frenchwoman would have trouble finding anything that didn’t offend her taste. And then one soon perceives that beneath their multicolored paper wrappers, all the chocolates have the same peanut taste, and all the best-sellers tell the same story. So why choose one toothpaste over another? In this useless profusion, there’s an aftertaste of deception. There are a thousand possibilities, but they’re all the same. A thousand choices, but all equivalent. In this way, the American citizen can squander his obligatory domestic freedom without perceiving that this life itself is not free.