Chambers of Commerce’s Many Betrayals 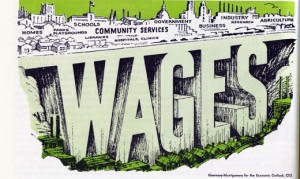 Scott Maxwell in the Sentinel: “If you knew of a group fighting campaign and ethics reform in local government, Fair Districts at the state level and immigration reform at the national level, what would you call it? Undemocratic? Anti-populist? How about: The chamber of commerce? That last one is certainly accurate. […] There are still lot of smaller-town chambers doing the work most of us expect: helping local businesses thrive. […] But on the national, state and even regional level, the big chambers have lost their way, becoming little more than a tool for corporate America, advancing agendas that come at the expense of the middle class — and sometimes even the small businesses they claim to represent. […] The best example at the state level involves Fair Districts — the popular amendments that Floridians overwhelmingly passed last year. Not only did the Florida Chamber of Commerce oppose Fair Districts in principle, it actually funded the opposition. You’d be hard-pressed to argue that it did so on behalf of Main Street USA. […] In Tallahassee, the Florida chamber wants to shift more of the property-tax burden on to homeowners and make it easier for development to encroach into rural areas. And at the federal level, the U.S. Chamber of Commerce is fighting one of the few immigration-reform ideas to receive widespread public support: requiring businesses to electronically verify the status of their hires. That’s right. It’s not some group of amnesty-loving liberals challenging the Arizona state law. It’s the U.S. Chamber — which vowed to fight it the way to the Supreme Court. Hiring illegal immigrants, after all, can be good for profit margins. […] Challenge the chamber machines on some of the policy issues mentioned above, and you won’t always get a direct response. Rarely will they have the courage actually say: This is why we believe gerrymandering is OK. Or: This is why society benefits when we keep the identity of corporate donors hidden and their donations unlimited. Instead, you’ll get pabulum about the importance of a strong business climate — points with which most everyone agrees, but which have little to do with the lobbying at hand. Critics are often dismissed as anti-business naysayers — or, as some at our regional chamber like to claim, anti-community. Propaganda at its finest.” The full column. 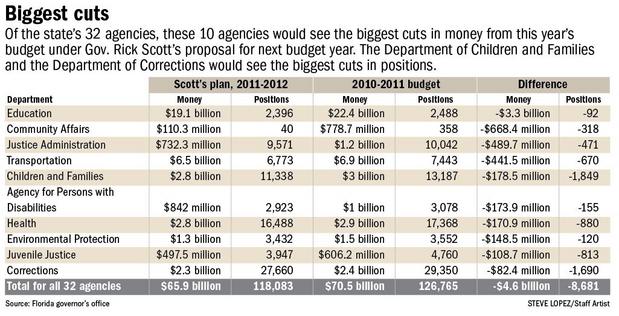 It’s true: watching Stateside television networks’ version of the Egyptian uprising leaves you under the impression that what really matters isn’t what 82 million Egyptians want, but how this whole thing affects American interests in the Middle East, particularly with Israel. Al Jazeera picks up the theme:

T. Paige Dalporto is a West Virginia singer, song-writer, poet and activist who’s been in the thick of the battle against mountaintop removal, strip-mining and strip-logging. “I was shocked,” he wrote U.S. Rep. Nick Rahall, D-West Virginia, “to hear you use the word ‘fight’ 13 times in a short speech at the rally for coal in Washington. I also noticed nary a nod at the march I attended called Appalachia Rising. […] I hope you realize that there are still a few of us concerned about the environment and the preservation of our state for the benefit of all while you’re out there getting apparently the votes that matter most though they be a tiny fraction of a minority. So very sorry that our country has become so blatantly motivated by only one consideration when determining who has a voice and who has a right to be heard and considered.”

Choice Comments of the Week

Justice for All, writing on Gov. Rick Scott’s budget proposal: “Hmmm. I’ve worked in this Right to Work State all of my life. Only one employer out of three contributed to my 401(K). But if you left before five years, there was a penalty and they took 75% of it back. And then there were the boom bust cycles where my 401(k) was periodically wiped out. And since the USA is competing now on a world stage where labor and life are cheap, we will continue in this downward spiral. Governor Scott will just make it happen quicker. We knew in the 1970s, because companies would tell us, they didn’t want to move to Florida because of the educational system. Sure, you may get cheap labor, goods, and materials, but if you had kids, you didn’t want them educated in this State. All of the teachers I know and had were wonderful, dedicated people. And a big THANKS for teaching my nephews social skills that their parents didn’t.”

The Truth, writing on Florida rejecting a $1 million federal grant even though the state is broke: “It’s time for everyone to get their panties out of a wad and start understanding that our health system is broke. We need an overhaul and we need to make these insurance companies more responsible. The charges are outrageous and doctors offices/hospitals are making fortunes off of this.

While I admit that the proposed health care bill needs some tweaking, it’s definitely a step in the right direction. To those who have great health insurance from their current or past employer, this may not matter much to you but to those of us who pay for lower coverage because we are self employed we could use some help. We are not asking for a hand out, just some help in case of an emergency.

I’m so sick of both parties doing whatever they can to slow the process down for growth in this country. It’s all political and will continue whether Obama is in office or not. Right now, the blame goes to Obama for everything. I’m sure Steeler fans are blaming Obama for their team losing last night. The fact of the matter is that the President does not make all the decisions for this country and quite frankly, we are in a situation that is very difficult right now. Rather than work together, we continue to work separately and we will get no where until everyone gets their act together.

Sarah Palin recently criticized the president for his handling of Egypt. I’m sorry, but who is this Palin again? Is she a governor? No. All she is a is a money hungry woman who is looking to capitalize on her new found fame. Anyone who is concerned with trademarking their name doesn’t deserve to comment on the state of our country or decisions of our president.”

From the Wall Street Journal: “Home affordability returned to pre-bubble levels in a growing number of U.S. markets over the past year as price declines laid the groundwork for a housing recovery. Data provided by Moody’s Analytics track the ratio of median home prices to annual household incomes in 74 markets. By that measure, housing affordability at the end of September had returned to or surpassed the average reached between 1989-2003 in 47 of those markets. Most economists believe the housing boom began in 2003. During the boom, lax lending and speculation pushed house-price inflation far beyond the modest rise in household income. Nationally, the ratio of home prices to annual household income reached a peak of 2.3 in late 2005. But by last September, it had fallen to 1.6, matching the lowest level in the 35 years the data have been collected and well below the historical average of 1.9 between 1989 and 2003. […] Many economists and housing analysts expect an additional decline of 5% to 10% before prices reach bottom later this year or early next year.” The full story.

Still among his best:

Sex and the Bible 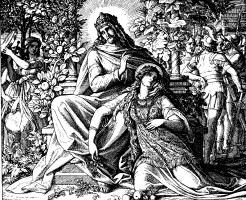 From Newsweek: “What does the Bible really say about sex? Two new books written by university scholars for a popular audience try to answer this question. Infuriated by the dominance in the public sphere of conservative Christians who insist that the Bible incontrovertibly supports sex within the constraints of “traditional marriage,” these authors attempt to prove otherwise. Jennifer Wright Knust and Michael Coogan mine the Bible for its earthiest and most inexplicable tales about sex—Jephthah, who sacrifices his virgin daughter to God; Naomi and Ruth, who vow to love one another until death—to show that the Bible’s teachings on sex are not as coherent as the religious right would have people believe. In Knust’s reading, the Song of Solomon is a paean to unmarried sex, outside the conventions of family and community. “I’m tired,” writes Knust in Unprotected Texts: The Bible’s Surprising Contradictions About Sex and Desire, “of watching those who are supposed to care about the Bible reduce its stories and teachings to slogans.” Her book comes out this month. Coogan’s book God and Sex: What the Bible Really Says was released last fall.

{…] These battles over the “right” interpretation are, of course, as old as the Bible itself. In today’s culture wars, the Bible—specifically a “one man, one woman” argument from the Book of Genesis—is employed by the Christian right to oppose gay marriage. This fight, as well as those over the efficacy of abstinence-education schools and intra-denominational squabbles over the proper role of women in church-leadership roles, have led many Americans (two thirds of whom rarely read the Bible) to believe that the Good Book doesn’t speak for them. Knust, a religion professor at Boston University, is also an ordained minister in the American Baptist denomination. Coogan, director of publications at Harvard University’s Semitic Museum, once trained as a Jesuit priest. With their books, they hope to steal the conversation about sex and the Bible back from the religious right. “The Bible doesn’t have to be an invader, conquering bodies and wills with its pronouncements and demands,” Knust writes. “It can also be a partner in the complicated dance of figuring out what it means to live in bodies that are filled with longing.” The full article.

Richard Lewis Is In Pain

Richard Lewis’s moment came and went somewhere between the Reagan and Clinton years, which is to say he was the man for the first Bush administration. No wonder he’s in pain. He has his moments.

Israeli consul general to speak at Stetson University on Feb. 17 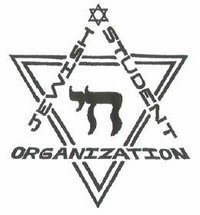 The Jewish Student Organization/Hillel at Stetson University is sponsoring a visit to campus and talk by Israeli Consul General Ofer Bavly, whose area includes Florida and Puerto Rico, on Thursday, Feb. 17 at 7 p.m. in the Rinker Auditorium of the Lynn Business Center, 345 N. Woodland Blvd., DeLand. The event is free and open to the public. Bavly will address issues concerning Israel and the United Nations, the United States’ role in the peace process, and Israel in the wake of Israeli trooper’s assault on a Turkish vessel that left nine Turkish activists dead. The vessel was heading for Gaza with relief supplies.

Born in Geneva, Switzerland, to Israeli diplomats, Bavly holds a Bachelor of Arts degree in international relations and Middle Eastern studies from the Hebrew University of Jerusalem. He is fluent in Hebrew, English, French, Spanish, Italian and Arabic and speaks basic German. Joining the Foreign Ministry in 1991 and having served in Israel’s embassies in Madrid and Rome, Bavly holds the rank of captain in the Israel Defense Forces. His ministry roles include being appointed policy advisor to the foreign minister of Israel in 2005, counselor in the Foreign Ministry’s North America Division in 2006, and consul general of Israel to Florida and Puerto Rico in 2007.