The overall U.S. unemployment rate has steadily declined since the recession officially ended in June 2009. But many Americans still are finding it hard to get by, even if they do have jobs. A key indicator of economic hardship—enrollment in the Supplemental Nutrition Assistance Program (SNAP), commonly known as food stamps—is higher in every state than it was five years ago, even though unemployment has dropped in every state during the same period. 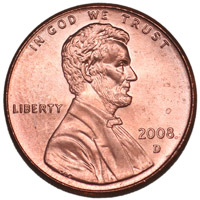 Florida’s minimum wage on Jan. 1 will increase 12 cents to $7.79 an hour for the estimated 210,000 minimum wage workers across the state, in line with a 2004 constitutional amendment requiring the annual adjustment.

The Census Bureau’s annual poverty, income and insurance report is the hardest data yet on the severity of the recession. The elderly are not only spared: they improve.

Besides the nearly 50 million uninsured, some 40 to 50 million Americans are underinsured. Reform would vastly improve their lot.