One of the hardest decisions a family can make is to put a loved one in a nursing home. After that, the next decision is:  Which one?

Fort Pierce resident Cathi Odom knows how important it is to do your research when picking a nursing home. Her mom’s been living at a home in Port St. Lucie since 2007.

“She’s been dropped, she’s fallen out of bed, she’s had MRSA and she had to have a toe amputated,” Odom said.

MRSA is a serious infection that resists most antibiotics. Most recently, Odom says her mother had kidney failure as a result of dehydration.

“My mother was put in their hands to be taken care of and they didn’t take care of her,” Odom said.

Odom recently learned that her mother’s nursing home is one of 140 on the state’s “Watch List.”  Families for Better Care, a citizen advocacy organization, found that one in five facilities in Florida are on that list for not meeting state standards, or for not making corrections quickly enough.

Twelve of the homes have been on the watch list for more than 100 days. Brian Lee, executive director for Families for Better Care, says that is unacceptable.

“It is a multi, multi-billion dollar industry and they are living off the bedsore-ridden  backs of our loved ones and making profits,” said Lee.

He said many people don’t know how to access information on nursing home violations. They have to search for it. He doesn’t think the public should have to. Rather, he believes, the state Agency for Health Care Administration, which inspects the nursing homes, should send it out.

AHCA says it doesn’t put out information on nursing homes that are on the watch list because that information is available on its website.

That site, Floridahealthfinder.gov, allows the public to search by nursing homes or by region for the best and worst rated facilities.

Recently other organizations have been trying to make it easier to find information on nursing homes.  One is the non-profit investigative reporting project ProPublica and its site Nursing Home Inspect 2.o.  There, you can find reports of violations, fines, and other issues of concern.

The information comes from the federal Centers for Medicare and Medicaid Services, which has its own site called Nursing Home Compare. ProPublica uses the same data but makes it easier to understand, by using an A-to-L scale, with L the worst. D is the most common.

The nursing home industry doesn’t like the ProPublica site because it lists only the deficiencies, not the entire inspection report. LuMarie Polivka-West  senior director of policy and program development for Florida Healthcare Association, says this can be misleading to the public.

She says nursing homes get a bad reputation for reasons that may have nothing to do with their level of care.

“We deal with that all the time as far as negative publicity with long term care,” Polivka-West said, “I think it’s a reflection of the predominantly negative perspective of the aging process in our country.”

She says over the past two years, federal quality ratings for Florida nursing facilities have improved, with the number of top facilities increasing and lowest-rated homes decreasing.

She says the best way to pick a home for a loved one is to simply visit it. She recommends talking to the residents and to the staff. And while the information from the web sites can be useful, she says, people shouldn’t make their decisions solely only on what they read.

For more resources on choosing a nursing home, check out careconversations.org.

Below is the list of the 12 facilities that have been on the state watch list for the most amount of time. 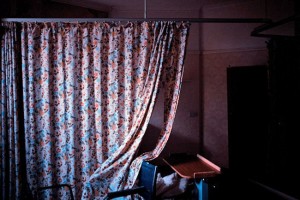