David Brown, a 55-year-old Palm Coast resident, was killed at 10 p.m. Monday when he lost control of his motorcycle on a notoriously deadly curve on U.S. 1, just south of the intersection with Belle Terre Boulevard and north of County Road 304.

No other vehicles were involved, aside from the parked camper the motorcycle struck. The victim, failing to negotiate the curve–it is very dark at that point, and the moon hadn’t yet risen–swerved off the road, rode through grass and sand, hit a rut, and was catapulted almost 118 feet beyond that point, his body vaulting over a 30-foot camper parked well off the road. The motorcycle, a 2006 model 3072LD Harley Davidson, rammed into the back of the camper and sank several feet into it. It was unrecognizable, in a mess of twisted metals and the camper’s own materials. The camper had been parked there for sale, for a little over $3,000, according to an adjacent homeowner.

Brown had been riding south when he reached the stretch of U.S. 1 colloquially known as Dead Man’s Corner or Triple-A Curve: it’s been the scene of numerous fatalities over the years, including the June 2010 truck wreck that claimed the lives of Brandy Bennett and Amanda Copeland, both 19. Their memorial crosses were across the road from where the body of Monday night’s victim came to a rest, against a hedge.

Brown had not been wearing a helmet.

Several Florida Highway Patrol investigators, including a homicide investigator, were at the scene of the wreck, trying to reconstruct what had taken place. They had not determined why the victim swerved off the road, though speed may have been a factor. It was 182 feet from the point where Brown left the road, and the point at which the motorcycle struck the camper (which was well off the road, about 30 feet to the right of the white line, in the dirt). The motorcycle tumbled several times between those points, according to the FHP report.

Randy German, a 42-year-old property owner of the house that sits along the curve, deep behind a yard protected by several trees, heard the crash. “I was inside, I could hear him coming, I told the cops,” German said, “it sounded like two motorcycles to me, but he was–I could hear the RPMs, he was hitting the reds, wham whaam whaaam, and all of a sudden”–German makes crashing sounds–“I heard the big boom.”

German ran to the victim. “He had a light pulse,” he said, “but he passed away probably within five or seven minutes. There was another couple down there, they didn’t want to touch him. I’m kind of used to, you know–because I’m the one who found the other girl underneath the truck.” He was referring to the 2010 wreck, though he’s seen many others, and dozens of non-fatal wrecks. “We’ve seen them all, man,” he said. “When it’s a light rain, just sit on the porch with a glass of lemonade. You’ll see a crash.”

Monday night was dry and clear. Traffic was light.

Flagler County Fire Rescue responded to the call, and pronounced the man dead at the scene. The Palm Coast Fire Police closed one of the two southbound lanes as FHP investigators worked. Unites of the Flagler County Sheriff’s Office also responded. John’s Towing was the tower on FHP’s rotation. The wrecker hauled the entire camper from the scene, and would only later extricate the motorcycle from its interior. 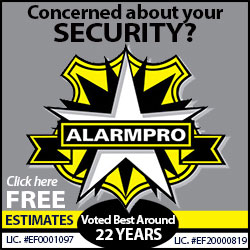