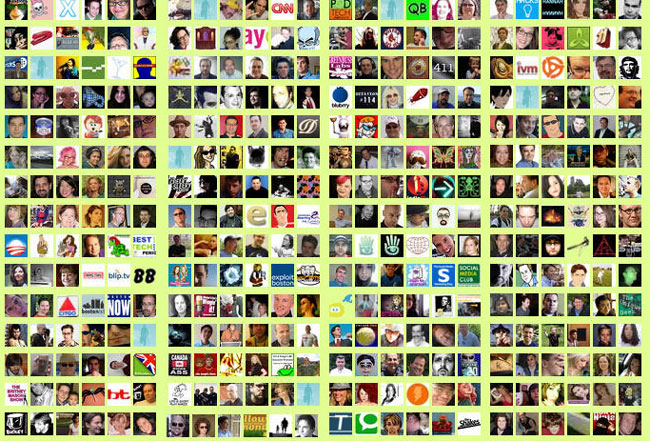 I admit it, I’m a social media junkie. It started innocently enough with a personal Facebook page and a couple hundred connections. I posted the usual: favorite foods, songs, events with friends, pictures. More and more friends emerged and despite my belief that the masses were interested in my witty repartee, it seemed they were more interested in talking politics with a state senator. Soon I was up to the 5,000-friend maximum and I couldn’t accept requests from people I actually knew.

Plus, some friends were put off by the political debates on my Facebook page, which overshadowed issues like “how do you make the perfect PBJ?” There was only one solution: start a second, strictly political page. My new professional page had no friend limit, but users had to “like” you and you couldn’t control who was your friend. This was a bit risky, but what the heck, I like a good argument and a healthy exchange of differing views.

My next move was a little odd. I announced that I would be “de-friending” anyone who wasn’t related or a close personal friend, but offered to keep anyone who asked to be kept. This opened the floodgates of desperate pleas and funny comments to earn a keep. After the tedious process of identifying those to be kept — with a goal of reducing 5,000 to 500 — I sent a final message that everyone is welcome on my political page and the de-friending began.

Word of warning, people do not like to be de-friended. Despite the alternative site and the polite warnings, people you’ve never met are greatly offended when you remove them from your personal Facebook page. Once they realized they were no longer getting my feed, friend requests started coming in droves. Other Facebook friends informed me of my mistake in de-friending so-and-so. Little by little, people were added back in and new folks joined. My status today? I’m at the 5,000-friend limit on my personal page, with a couple thousand friend requests pending, and plenty of room on my political page, with around 4,500 tuning in.

Apparently more folks are interested in my travels, my favorite songs, my new motor scooter and how much I saved with coupons at Publix. So now I keep two Facebook pages active. If you post anything political on my personal page, you get a gentle reminder that this page is a “no politics zone.” If you do it repeatedly, you are de-friended.

The only rule on my political page is that if you are rude to anyone else posting on my page, you will be blocked. You can argue, you can disagree, you can post your own links, but you cannot be disrespectful. The exchange of ideas, opinions, suggestions and information has been tremendous. As an elected official, I learn a great deal about what people are angry and concerned about. People seem to be very open on Facebook, much more so than in person or by email. My favorite thing is to throw out a controversial topic or news story, and step back and let others debate. True democracy and free speech at work.

But then came my love for Twitter. At 3,350 followers, my account is pretty active. I was flattered to be contacted by reporters for stories about politicians who successfully use social media. The pluses: you are so much better informed, you get a good feel for shifts in the political tide and you get to get your message out quickly. The minuses: extremely time consuming, hard to accurately deliver a complex thought in 140 characters and the public nature of those that want to argue. Your Twitter effectiveness is officially measured by programs such as Klout, and I’ve regularly made the “Top Five List” for Florida politicians who tweet, only deepening my addiction.

My favorite time on Twitter happened the last day of session, when things were too hectic to keep an accurate account of the day’s activities. It was easy to send a quick tweet and later turn the collection into a column chronicling the inner workings of legislating, otherwise known as sausage-making. The runner-up: organizing a pub crawl among four or five friends and ending up with an expanded and enthusiastic group.

Not a day goes by that I don’t run into someone I don’t think I know, only to be told that we are friends on Facebook or that they follow me on Twitter. When they tell me their name, it’s like a reunion of old friends reminiscing about our conversations. For those of you who haven’t joined the world of social media, you are missing out on being connected in this less personal but oddly more personal world.

A word of warning, tweet responsibly. Your words will live in infamy.

Paula Dockery is a term-limited Republican senator from Lakeland who is chronicling her final year in the Florida Senate. She can be reached by email here. [email protected]