From February 2009 to April 30, 2010, Old Kings Road in Palm Coast was closed from Town Center Boulevard to State Road 100. The 1.5-ile stretch was four-laned and re-routed to accommodate the eventual construction of a Wal Mart store at the southern end of the stretch. Here’s an aerial photograph of the road indicating its re-routing closer to I-95, and Wal Mart’s projected emplacement. Read the stories on Old Kings Road re-construction and re-opening. 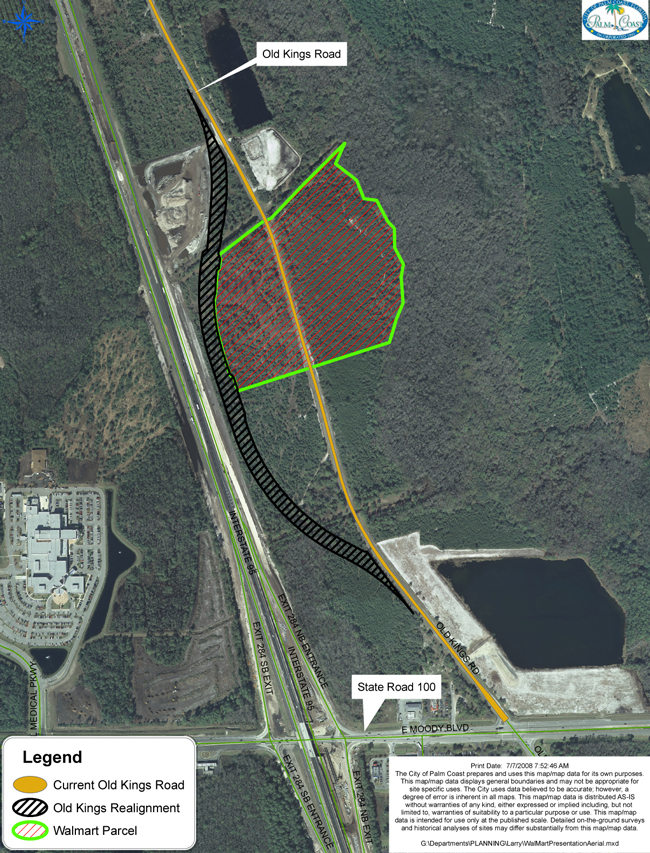