Sitemap
When the matter of the Ku Klux Klan’s Easter Day recruitment in Palm Coast came up–first at a Flagler County League of Cities meeting earlier this month, then at a Flagler Beach City Commission meeting last week–Jane Mealy was unequivocal. Not only had the act to be denounced, the Flagler Beach commissioner said; it had to be done so loudly and clearly, and beyond the websites of government agencies.


Mealy, writing on behalf of the city, did.

The distribution of recruitment fliers, Mealy wrote, “is certainly within the KKK’s First Amendment rights, but the commission of the city of Flagler Beach considers it to be a bias incident and wishes to proffer its own First Amendment right to register its distress that such an episode occurred in our area. If we were to say nothing, such inaction could easily be construed as apathy and/or acceptance. In other communities where bias incidents have occurred and nothing was said about them, hatred has persisted, grown, and led to great divisions within the population. We do not want this to occur in Flagler Beach or in Flagler County.”

At their April 22 meeting, Flagler Beach commissioners agreed that Mealy would draft the statement on behalf of the city and have it posted on the city’s website and disseminated to local newspapers and FlaglerLive.

By then Flagler County commissioners had posted their own statement, and Palm Coast had taken it word for word and posted it on its own web site. But the county’s statement did not mention the KKK by name nor the recruitment drive as such, focusing instead on the county’s embrace of diversity. 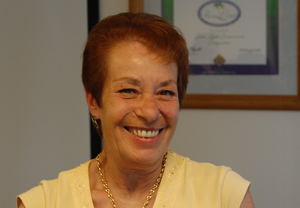 In contrast, the Flagler Beach statement in its first line names the KKK down to the branch that conducted the drive (the United Northern and Southern Knights of the Ku Klux Klan, or UNSKKK. The group’s Imperial Wizard confirmed that such drives were taking place across Florida and the rest of the country).

The Flagler Beach statement dismisses the Easter Day wishes in the fliers and sees them as meant for recruiting and “spreading a hate message.”

“Flagler County’s population is extremely diverse, representing all races, many nationalities, both naturalized and unnaturalized citizens born in other countries, all economic levels, various levels of educational background, many religious groups, those with differing political stands, and those with non-traditional; sexual orientation.” The KKK fliers, including the one dropped in Palm Coast, target homosexuals especially. One of the UNSKKK’s other standard fliers, which did not turn up in Palm Coast, is titled “Homo-Land Security,” a take-off on the revelation in 2007 that Pentagon scientists had sought to developed a lust-creating “gay bomb” that would turn soldiers toward, rather than against, each other.

“We are,” Flagler Beach’s statement continued, “certainly much more than ‘white, Christian, native-born American citizens’ as the KKK describes themselves throughout their message.”

Mealy’s family history informs her perspective on these matters: She is Jewish; her parents left Austria on Aug. 30, 1939, two days before Hitler invaded Poland (and more than a year after he’d annexed Austria). They’d left their possessions behind. “Everything was supposed to be on the next boat. There was no next boat, obviously.” Mealey’s grandparents were murdered in Austria in 1940. “People don’t understand if they haven’t gone through anything like that,” she said on Friday. “If you’re a nice, white, Southern person who’s lived here all his life, you don’t get it.” The memories were in her voice when she urged fellow commissioners to take a stand.

Palm Coast Mayor Jon Netts originally brought up the matter of public statements against the KKK. He did so at a gathering of all Flagler County government agencies on April 13 (the meeting was called to explore transportation options for the county.)

There have been no reported instances of further recruiting since Easter Day.