Florida wildlife painter Robert Mier and his wife live on three acres of land with two horses, a dog, and two cats near the St. Johns River and the Black Bear Preserve. He doesn’t have far to go for inspiration. When he’s not exhibiting in art shows throughout the country, Mier paints and teaches classes from his studio at Gallery on First in historic downtown Sanford.

The Gallery will present an exhibit of his work with an Opening Reception set for Friday, Aug. 26 from 6 to 9 pm. The Gallery is at 211 East 1st Street, and the exhibit runs through September 22. Mier’s realistic scenes of wildlife and wetlands bring the viewer up close and personal with the Artist’s view of the ‘real Florida.’ The winner of numerous awards, Mier’s vibrant images of natural lands, birds, and animals remind us of a simpler time before gated communities and amusement parks.  The Opening is free and open to the public. Call 407.323.2774 or visit galleryonfirst.com 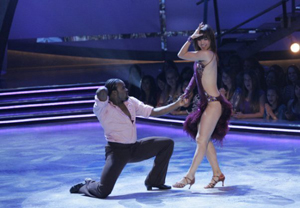 As we watched them split, turn, jete, and lift each other on TV, the Top 10 dancers from the hit TV show So You Think You Can Dance have introduced us to new choreography and new styles of dance through their hard work over the past several months. Now those Top 10 Dancers are set to visit Orlando as their first stop on a national tour that will bring their amazing ‘moves’ to the Amway Center on September 17.  The group is the strongest troupe of dancers in the show’s history! The level of talent is so high that the dancers would often forget they were competing against each other as they created breath-taking moves that were both artistic and acrobatic. Now the competition is over, and they can perform together as the super-talented group we’ve come to know. The performance at the Amway will include several of the favorite pieces of choreography from the TV competition along with some surprises thrown in. If there’s some choreography you don’t care for, most of the pieces are short, and there will be something spectacular coming up within minutes. And we may enjoy this show as ‘pure dance’ (without the judge’s comments). For tickets visit ticketmaster.com or call 800-745-3000.

It’s time for the young ones to pull out those princess dresses they ‘had to have’ at the Magic Kingdom as Disney On Ice presents the “ultimate Disney Princess Event” at the Amway Center. Called Dare to Dream, the show invites children of all ages to “get tangled up” in Disney’s newest ice-show AND the first Disney On Ice show to play the new Amway Center. In the hair-raising escapade Tangled, Rapunzel, along with her companions Flynn and Maximus, embark on a journey that takes adventure to new lengths! Then we “boogie to the beat of the bayou” with Princess Tiana and Prince Naveen from The Princess and the Frog, in a musical journey that begins with a kiss. Then dreams become reality as Cinderella meets Prince Charming, with that very special glass slipper. All your favorite princesses take to the ice in a spectacular finale at the ultimate Disney Princess event. Experience the beauty and the magic when Disney On Ice comes to Orlando for five performances on September 9, 10, and 11.  The new Amway Center is at 400 West Church Street. Visit www.DisneyOnIce.com or ticketmaster.com.  Call 800-745-3000 or 407-440-7900. 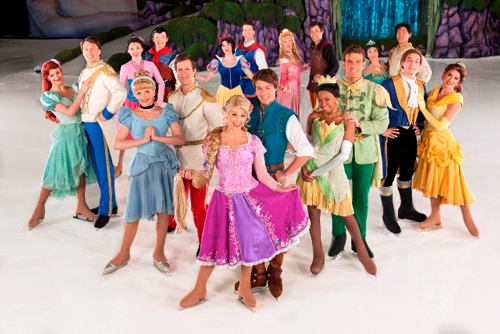 And not to be missed …

The ‘Cultural Season’ begins this Saturday, August 27 at 8 pm when the 7th Annual Red Chair Affair presents the ‘official opening’ of the 2011-2012 cultural season in Central Florida. This is the event that celebrates Central Florida performers and artists, and it’s our ticket to sample the incredible range of artistic offerings found throughout Central Florida. Visit RedChairProject.com or call 407-872-2382.

No one handles the combination of music and satirical comedy better than the wacky crew at the Winter Park Playhouse, making their current musical – The MUSICAL OF MUSICALS a not-to-be-missed performance.  Running through September 17, The Musical! takes satirical shots at the ‘styles’ of famous composers with a wildly talented cast who are graced with great voices AND a gift for funny. Call 407-645-0145 or visit winterparkplayhouse.org

And speaking of witty looks at the world of theater, this is the final week to see the new comedy The Understudy presented by the Mad Cow Theater. A Hollywood action hero, a Broadway setting, and a jilted bride create a thoroughly enjoyable collision of characters performed through August 28.  Call 407.297.8788 or visit madcowtheatre.com

Tony Robbin: A Retrospective at the Orlando Museum of Art (running through October 30) is the ‘real-deal’ in computer-generated Art. Including four-dimensional objects on canvas, brilliant water color prints, and a sculpture, the works are complex (but oh-so-pleasing) layers of geometric forms. Call 407 896 4231 or visit omart.org