Now that you’ve enjoyed the 4th of July weekend, take a look at your calendar.  We still have four more full weekends to enjoy this month!  That’s right. This year, July has five Fridays, five Saturdays and five Sundays, and since this calendar anomaly happens once every 823 years, enjoy it – this is the only month we’ll ever see this happen.

That’s four more weekends to visit a Museum, see a play, or hear a concert.  My suggestions include the world premiere GUITAR exhibit at the Science Center, the truly funny musical – A Funny Thing Happened on the Way to the Forum at the Mad Cow Theater, or the Philharmonic’s Sovereign Brass concert on July 11.

A new and not-to-be-missed exhibit at the Orange County History Center displays the original 1957 manuscript of The Dharma Bums by the ‘Bard of the Beat Generation,’ Jack Kerouac. This unique piece of Florida’s literary history allows visitors a look at Kerouac’s original manuscript (including handwritten notes), as well as photographs taken while he lived and wrote in Orlando. For 11 days and nights, in the College Park neighborhood near downtown Orlando, Kerouac wrote The Dharma Bums, and it was during that time that Kerouac received word that his first book was a national sensation.  Dharma Bums is often seen as the ‘sequel’ to On the Road, the book for which Kerouac was hailed as a great American author. Photographer Fred DeWitt took the photos in 1958 while Kerouac worked on the manuscript, but the photos were ‘lost’ for 50 years until Orlando journalist Bob Kealing found De Witt living in Orlando. Call 407.836.8500 or visit thehistorycenter.org

Leave it to the Orlando Shakespeare Festival to find a new way to present a classic fairy tale. In this case it’s the beautiful Snow White and her seven little friends. Orlando Shakes begins its new season of ‘Theater for Young Audiences’ with an interactive adaptation of Snow White and the Seven Dwarfs playing at the Shakespeare Center from July 7 through August 7. Based on the classic by the Brothers Grimm, Snow White is the story of a sweet, young girl who lives in the forest as part of a most unusual family. The story also includes the penultimate Wicked Queen, who will stop at nothing to be the most beautiful woman in the world. The interactive part comes as the tale is told with help and suggestions from the youngest members of the audience. Snow White and the Seven Dwarfs will be performed at the Shakespeare Center, 812 East Rollins Street in Orlando’s Loch Haven Park. Student matinees for schools, summer camps, and day cares are offered. Call 407-447-1700 or visit orlandoshakes.org.

All Hail the Sovereign Brass
When you find the words fun and Philharmonic in the same sentence, it usually involves the Brass section of the orchestra.  That is absolutely true of the group called the Sovereign Brass who will perform on the Orlando Philharmonic’s Sounds of Summer Series on Monday, July 11. The concert is called Passion and Fury and will begin at 7 pm at the Shakespeare Center at 812 East Rollins Street in Loch Haven Park. The Sovereign Brass is known for adding ‘fun’ to the serious world of chamber music, performing quality music in a way that is entertaining and appealing to all generations.  On July 11 the group will perform works about the ‘trials and tribulations of love’ including versions of Romeo and Juliet, Fats Waller’s Ain’t Misbehavin’, Carmichael’s Stardust, Piazzolla’s Libertango, and more.  The Sovereign Brass includes Mike Avila and Thomas Macklin, trumpets; Jeffrey Thomas, trombone; Kathleen Thomas, French horn; Ed Firth, tuba; and Mark Goldberg, percussion.  Call 407-770-0071 or visit OrlandoPhil.org

For those of us fascinated with ‘what goes on’ backstage, the good folks at the Garden Theater (in Winter Garden) are offering free backstage tours through August 27.  Beginning each Saturday at 11 am, the tours offer a glimpse of history as well as a look behind-the-scenes at this beautifully renovated theater. Built in 1935 as a single-screen cinema, the Theatre was the first in Central Florida built for ‘talkies.’ Constructed in Mediterranean style, the interior is modeled as a ‘courtyard with Romeo & Juliet balconies,’ and an amazing ceiling lit with ‘stars.’ For years, the forgotten movie house was a tractor warehouse, but in 2003 the City of Winter Garden began restoring the theater, which re-opened in 2008 – and has been busy ever since.  Call 407.877.4736 or visit gardentheatre.org.

Breakfast with the Expressway Authority 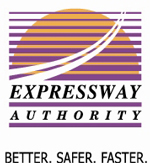 The always helpful Winter Park Chamber of Commerce invites the Central Florida community to meet representatives of the Expressway Authority at a breakfast where we can learn about the economic impact of their construction projects … and ask some of those questions we’ve wanted to ask. The ‘networking’ and breakfast begins Friday, July 8 at 7:45 am followed by the program at 8:15 am. The ‘meet & greet’ is free and will be held at the Winter Park Welcome Center (home of the Chamber) at 151 West Lyman Avenue in Winter Park. Pre-registration is suggested. Call 407 644-8281.